Sure, his sentiment is not rare, but what makes Brenton a little different is that his passion for a perfect pint has led him to owning and operating his very own brewery - a beer loving bloke’s dream come true.

Standing behind the bar at “Rehn Bier“ at Magnolia Road, Tanunda, Brenton seems very much like the beer that bears his name – down to earth and uncomplicated.

“The thing is, you can make brewing really complicated or you can keep it simple. Sometimes I think people just try and make it sound like it’s magic – it’s not,” says the former long-haul truckie whose big rig was a second home for close to two decades.

“Even winemaking, geez they go overboard. You wonder hey, they’ve been making beer and wine for like nearly 5,000 years now – how hard can it be?”

Not out to re-invent the wheel, flavour and quality is key to Brenton’s brewing philosophy and he has a dozen different beers just waiting to be discovered by beer connoisseurs.

“We’ve probably done about 20 overall and they range from a very light style wheat beer through to an imperial stout and everything in between. European style beers, American style beers, some of them are malty, some are a bit more hoppy,” he explains.

Surrounded by an impressive array of highly polished equipment, Brenton described its building process like putting together a giant Meccano set.

It’s a far cry from the contents of the shed at his Angaston home where Brenton’s life as a brewer began.

“I started off with a Cooper’s home brew kit, I was given it as a Christmas present from my sister-in-law!” he laughs.

Explaining how he “enjoyed the process” of making beer, even at this simplest of levels, he soon joined the local brew club where he learned more about his new found hobby.

“That’s when I started brewing what they call ‘all grain’…the basics. I thought that was even more fun because you are then writing your recipes and selecting your own ingredients as well.” 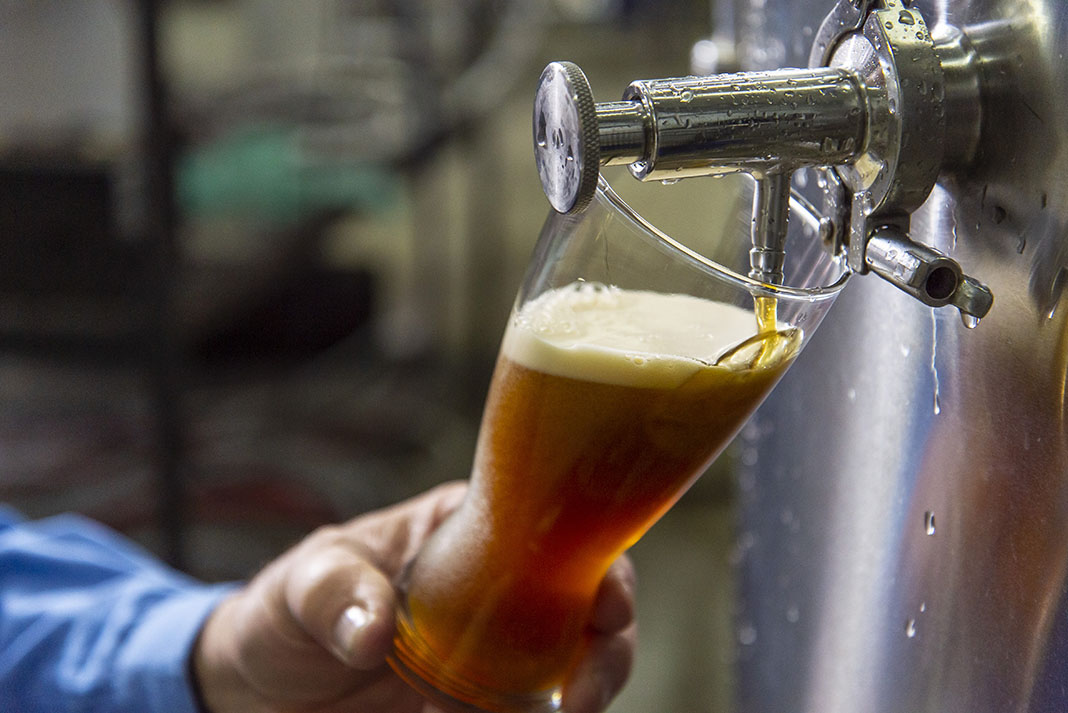 A whole new world had opened up to this once troubled youth whose formative years growing up in his hometown of Murray Bridge once led him down a path of self destruction.

The tattoos on his arms are part of the healing process.

“I got them back when I was driving trucks. They cover a lot of probably dark memories from when I was young… My childhood wasn’t the happiest one you might say.

“I’ve dealt with that. For a lot of years, especially in my teens, there was drug use, alcohol abuse rather than use. I think I was self medicating to try and forget about what happened.”

Those days now firmly locked in history, Brenton’s life changed the moment he drove his truck into the Barossa Valley.

It’s where he met his future wife, Robyn who was employed at the same wine tanker company he was working for at the time.

“We got married and we had our daughter Caitlin.”

“I’m a Christian, but not a very good one!” laughs Brenton.

“I only started going to church when I met Robyn, but I always thought I had a spiritual connection there – I always believed in God.”

Brenton stopped driving interstate, conceding the punishing hours kept him away from home too much.

The lifestyle change gave him more time to hone his brewing skills and he entered his beer into home brew competitions. Angaston Show was his first, then Tanunda where positive results inspired him to enter brews further afield.

“Sure, it’s nice to win… but the good thing about all brewing competitions is you actually get judge’s feedback on your beer. If you are trying to improve, you get better by having your beers judged at that higher level,” says Brenton.

“I must have brewed some good beers because I won trophies in South Australia and nationally.

“People were starting to notice. Robyn, by then, had started working for Carl Lindner. He’s a person who was very driven and supportive and used to have occasional get-togethers… Carl started asking me to bring my beer along, then people started asking me where they can buy it. I’d reply, you can’t, I make
it in my back shed! They said this is the Barossa mate, everyone started in their back shed – that’s no excuse!

“It sort of started to resonate with myself and Robyn. It sort of became my dream.” 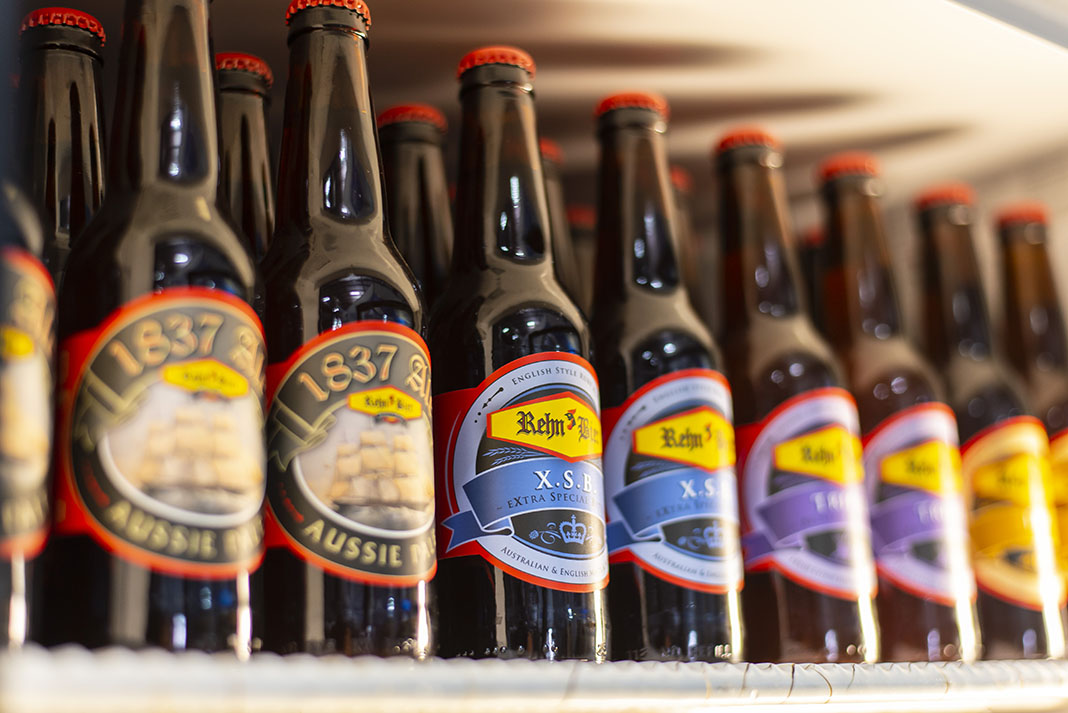 In October 2012 the duo began their “little outside stall” at the Barossa Farmer’s Market and during that 4½ year period, more trophies ended up on the mantle piece, he “went back to school” and put himself through brewing courses to further his knowledge.

“I think it was in May 2015, I’d entered some beers in the Australian International Brewing Awards, that’s one of the three biggest brewing competitions in the world and our extra stout got a gold medal in the same class as Cooper’s extra stout – we had finished in front of Cooper’s!

“We were in the running for a trophy…We ended up virtually third in the world, so that was pretty good. That stopped us from giving it all away, even Robyn said we can’t stop now. This is vindication and we need to give it our best shot!”

And that’s exactly what they did.

Planning for their boutique brewery and Cellar Door began in 2016 and by the end of October, 2017, they had opened for business.

“At the moment, we are only running at half capacity, if that, but it gives us room to grow,” Brenton says.

“The best thing about having our own brewery is being able to sit here and say this is ours, we built it. Everything’s done here, we are actually a proper production brewery.

“We order in the raw ingredients, we make our own recipes. We brew the beer, we ferment the beer, we package the beer into bottles and kegs. We even hand label every bottle.

“It’s all our product – 100 per cent Rehn Bier, right here in the Barossa, that’s what we are proud of.” 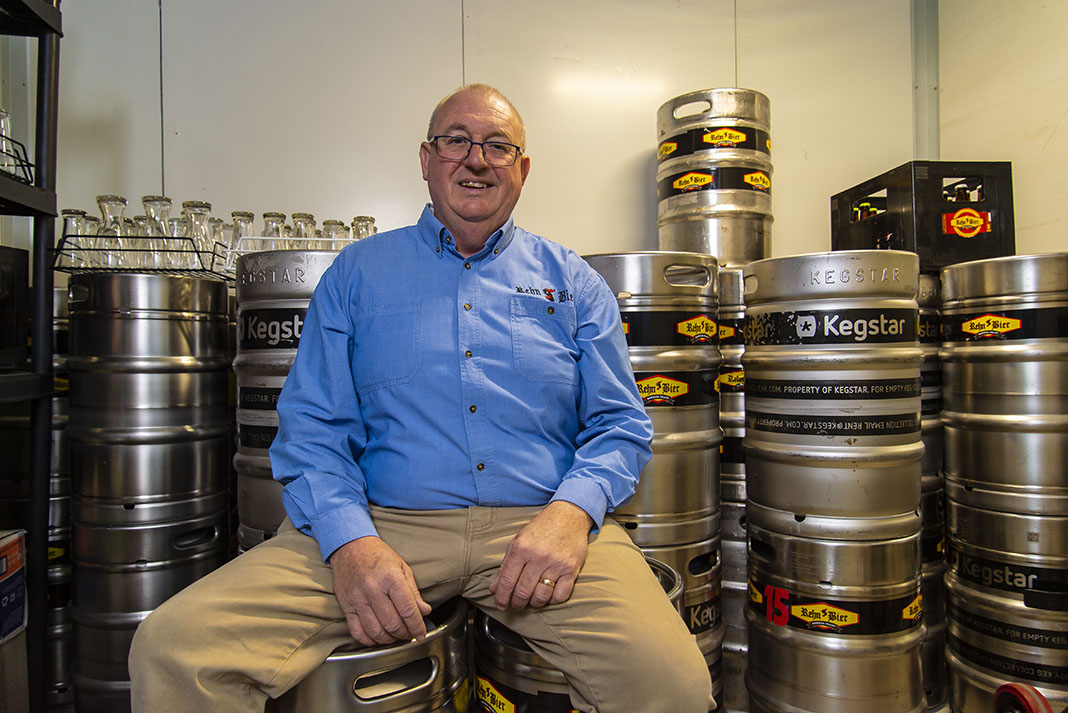 Sure there’s been challenges along the way, but tax laws and legislative issues pale into insignificance when you hear what this 54 year old has endured.

“September 29, Grand Final Day, I had my left kidney removed. Three weeks before we opened this place,” Brenton reveals.

“I had been getting lower back pain and I thought it was because I was working long hours and working hard, over-doing it.

“I went to the doctor…had an MRI and I had a tumour that was starting to block one of the main veins from my kidney.”

Brenton was diagnosed with Renal Cancer and urgent surgery followed.

“I went back for my six month scan and there were some little nodes on my lungs. So I started a course of oral chemo which only lasted six weeks because that nearly killed me…..Anyway, the oncologist put me on a new form of chemotherapy called immunotherapy. It works on the immune system rather than the cancer itself.

“It’s been 12 months on this new stuff and I don’t take pain killers any more. I feel good….and while it’s good it’s good!”

“I guess that’s my philosophy... It’s like gee, one day I’m going to be dead, so I might as well enjoy and make the most of what I’ve got while I’ve got it.”

Brenton says faith, family and what he calls his “misunderstood” and “twisted” sense of humour carries him through.

“Lots of stuff happens around you but it’s still your life to live and you have to live it,” he says.

“Originally I was told I had probably 2-5 years at the most… And it’s been just over two years now. I was told I wouldn’t be pain free and that I’d be on drugs most of the time – It was going to be a slow, awful death so to speak. But even when I heard that I was like, that’s life, what can you do? You can only make the most of it.

“I know a lot of Christians worry about so many things but every week in church you get told don’t worry! Robyn always said I actually go overboard with that.

“I guess that’s my philosophy… It’s like gee, one day I’m going to be dead, so I might as well enjoy and make the most of what I’ve got while I’ve got it.”

Brewing is Brenton’s happy place and he’s surprised to discover he doesn’t mind being behind the bar either.

“You get to talk to people. It’s almost a bit of therapy and I need that! I’ve been crazy for years!” he laughs heartily.

But Brenton wouldn’t have it any other way as he waxes lyrical about the beauty of beer. He tells of days harvesting Keyneton produced hops with grower, Anthony King; the complexities of craft malts sourced from Greenock;  his philosophies of life and nature alongside a little random commentary on world issues.

He’s also pleased to have won gold at the International Brewing Awards again this year, after having had a break from competing “with being busy with everything else going on”.

One thing is for sure though, this brewer is forever grateful for having driven his truck into the Valley and discovering his true passions in life. For Brenton, it’s divine intervention.

“Oh it’s a coincidence, really? Is it a coincidence that I travelled through my whole life with all this and all that and this is where I ended up? Nah, I don’t think it’s that random I’m afraid. 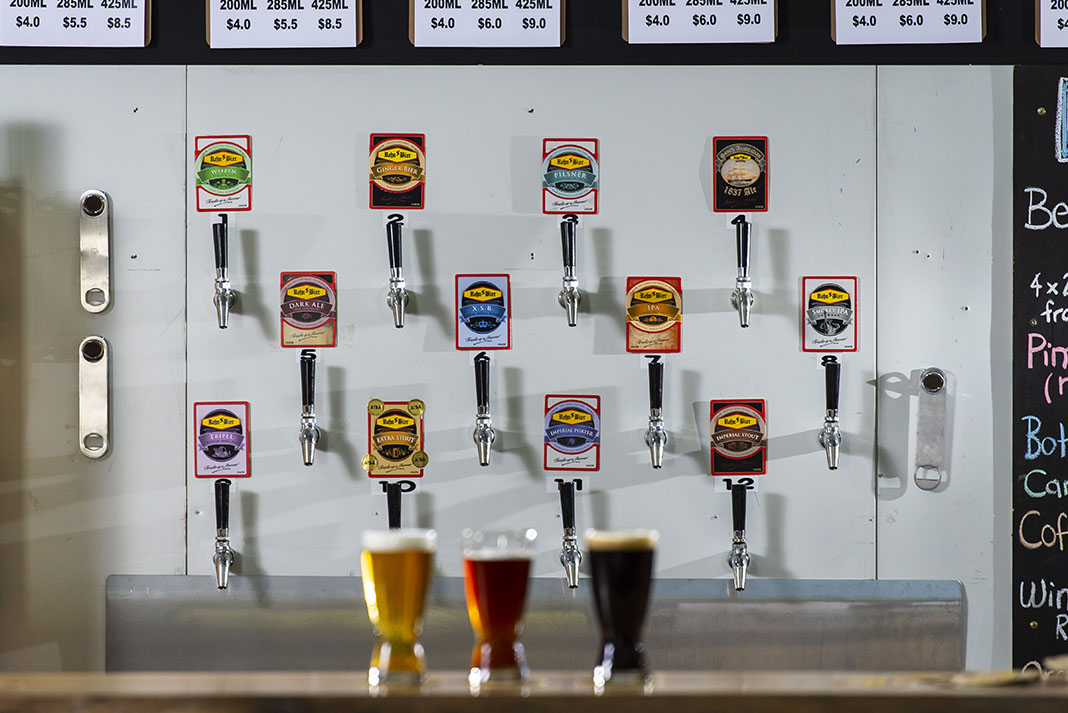