Rosie’s there for Barossa babies

The Angaston mother of three is a community midwife for the entire Gawler and Barossa region and whilst that isn’t the reason she doesn’t pop into Foodland to grab a carton of milk, it is why it takes her an hour to get out of the store.

“It got to the stage where I’d go food shopping and I’d come home and my family would go where have you been? It took so long!” she laughs. “Now my husband does the shopping.”

Yet bumping into people with whom she has shared life’s most precious moments is a joy for this bubbly health professional.

“Mums in labour, we don’t look our best, we’re a bit puffy… and then you see them maybe a year or so later and they have makeup on and they haven’t got their head buried in a pillow! I do remember them… they’re not just a number and a name.

“I know there are ‘babies’ out there who are now 17… Mothers will often introduce me saying this is Rosie, she had her hand on your head before I did!

“It’s really lovely… you really do feel part of the community.”

It’s hard to believe Rosie hasn’t always called Barossa home, even though her accent gives away her English heritage. She came to Australia on her 18th birthday as a backpacker and loved it so much that she returned six years later and worked in the spinal injuries unit in Sydney following her nurse’s training in London.

“They asked if I was interested in residency and I thought yeah, why not? I was thinking I would still return to London.”

However, Rosie had already met her future husband, Chris, a drama teacher at the time, during her first visit to Australia and found she was settling into the Aussie lifestyle quite nicely.

“I loved paediatrics. I had this hankering for midwifery and I did my training in 1993 at the Royal Hospital for Women.

“That was just the right choice, it was fantastic. I worked in mainly birthing suites for 10 years and absolutely loved it.”

Rosie and Chris yearned for a country lifestyle and in 2003, with three young children now in tow, they holidayed in the Barossa to visit friends.

“Chris had a look at some of the schools around and was offered a job at Trinity. So that sort of secured our focus , he got a job and I knew I could work pretty much anywhere as a nurse/midwife.

“That was in September and we moved over in January 2003. We thought, let’s just do it!”

It wasn’t long before Rosie secured a position at Tanunda War Memorial Hospital. She smiles as she recalls the stark contrasts of working in a big city hospital compared to a small regional one.

“I remember when I arrived here, there was something in The Leader saying first baby born on the seventh of January! I couldn’t get my head around it – where were all the babies?

Her role at Tanunda, therefore, included the entire spectrum of care, from newborns through to their grandparents.

“There was a little bit of adjustment, a lot of people thought I wouldn’t cope coming from Sydney. They said you won’t last and I thought yes, I will!” 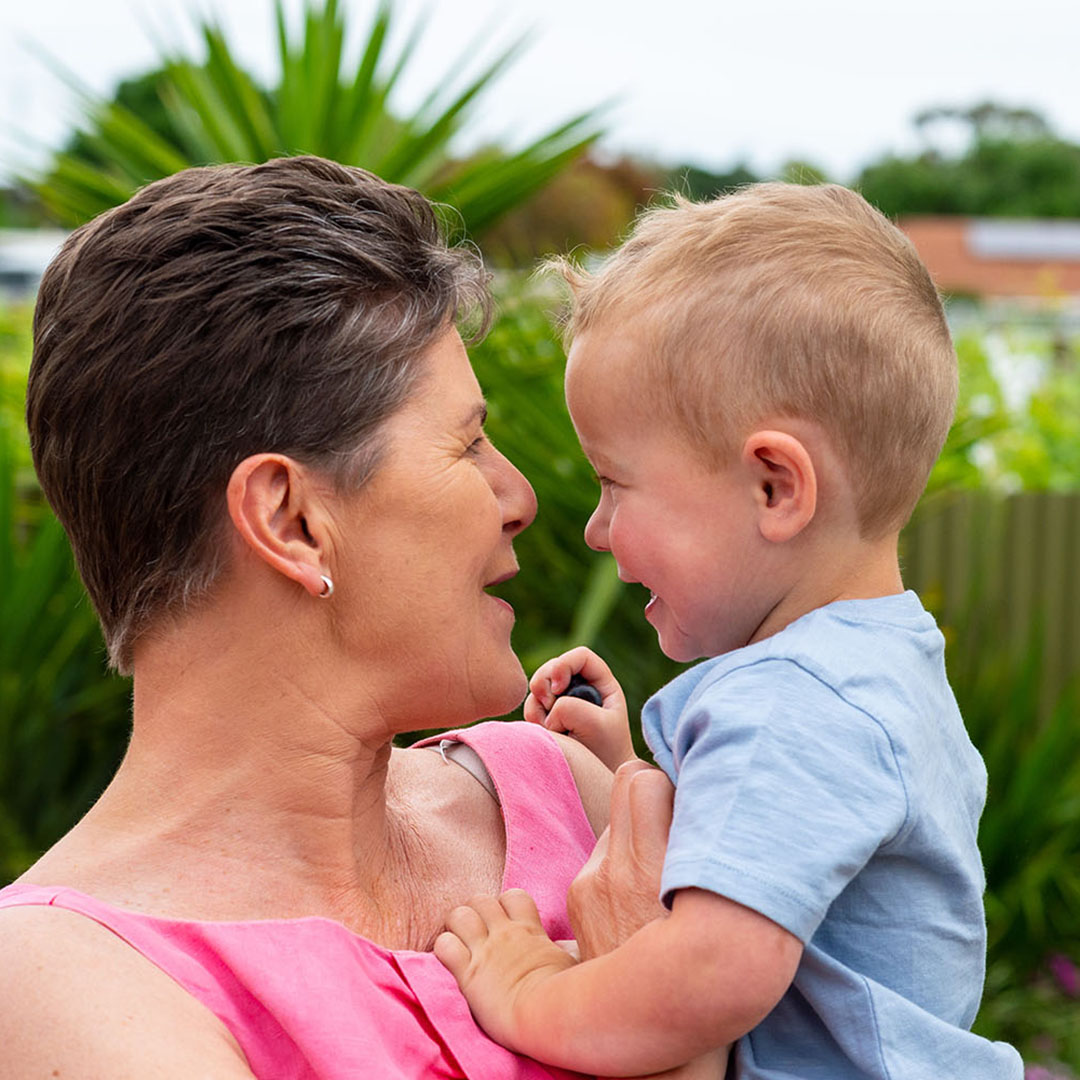 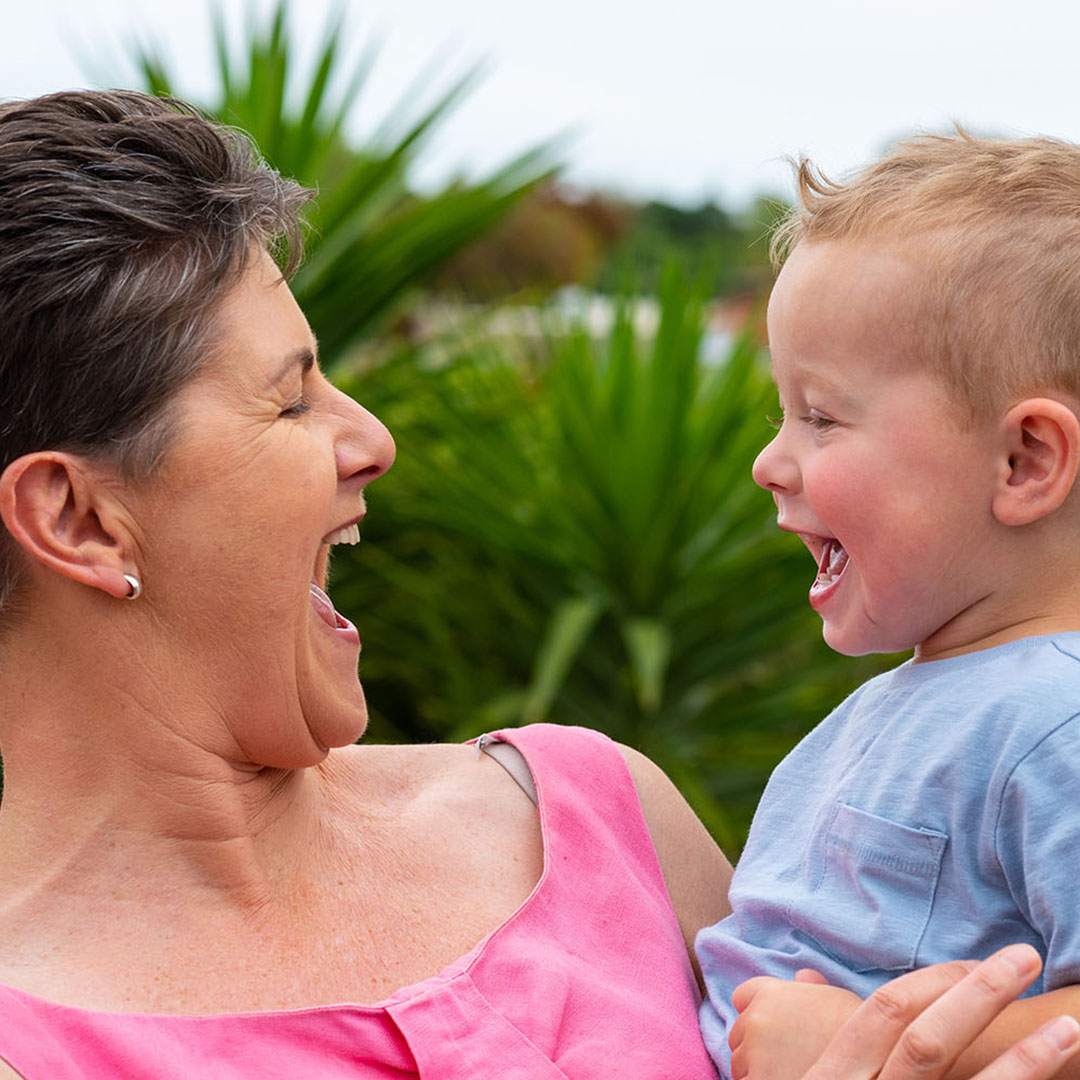 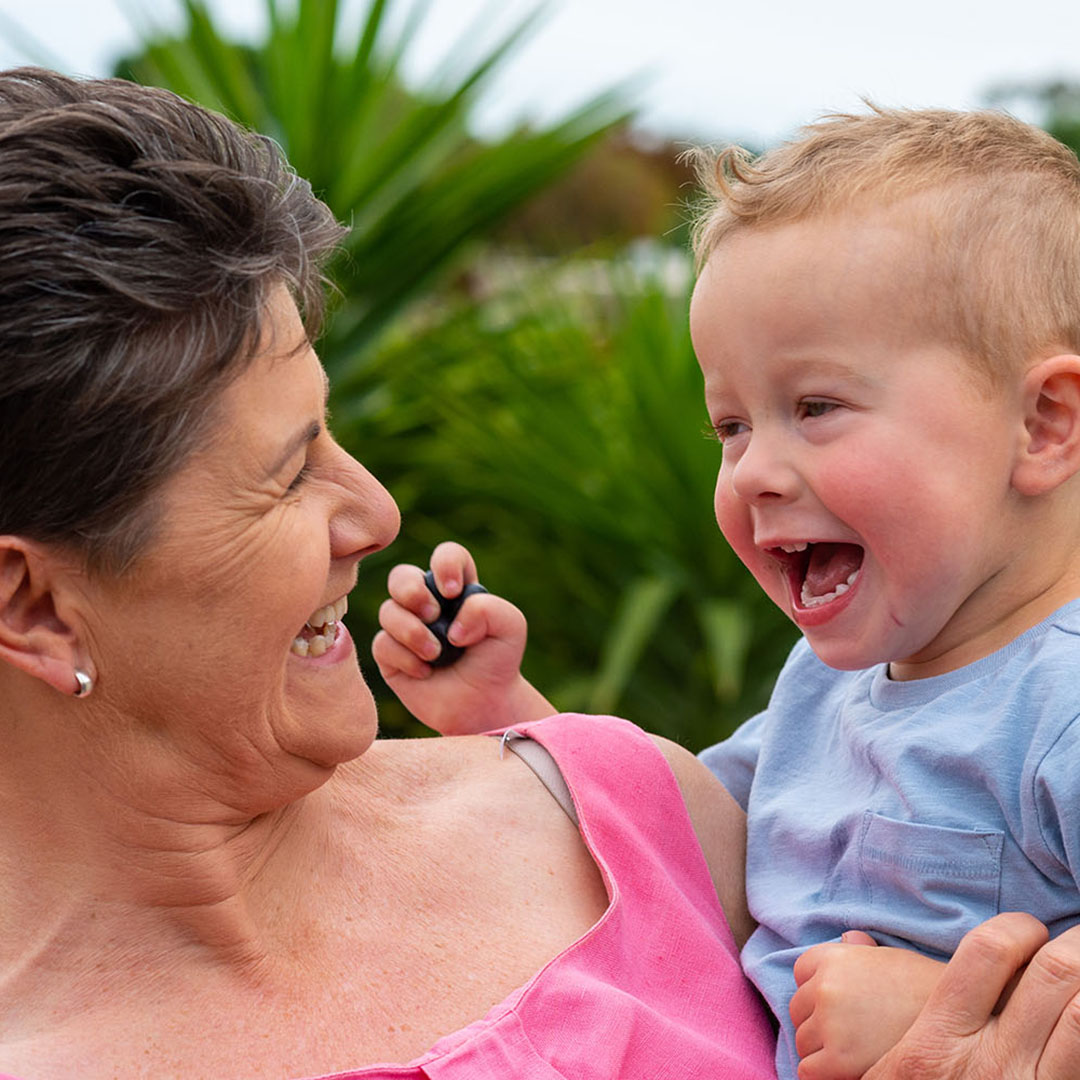 “All my families are beautiful. I feel really protective of them, particularly when you’ve met them in pregnancy and you follow them through.”

Childbirth education soon became a focus and alongside her qualifications as a Child and Family Health nurse, Rosie studied to become a lactation consultant.

“Things change and you need to be up to date. It’s not about my experience as a mum, it’s about evidence-based experience and I want to make sure I’m providing the best care possible.”

When she was offered the role of community midwife, Rosie made a challenging decision.

“That was a big change for me because that meant letting go of birthing. While I was at Tanunda, I was still involved in birthing and supporting women having caesarean births and working in the antenatal clinic with pregnant mums and on the ward but as my time went on, I spent more time in the community,  home visiting parents and the family.

“I was the only community midwife in the Barossa.”

Then when obstetrics in Tanunda ceased, Rosie was heartbroken.

“In 2018, they closed birthing services which was really sad because we had an amazing unit,” she says.

Those services transferred to Gawler and today Rosie is part of a team of three community midwives looking after both Barossa and Gawler.

“We cover a huge area,” she says of her role.

“We not only support families who birth at Gawler but also those who have birthed at the Lyell McEwin and Women’s and Children’s who live in our catchment.

“Because families are going home earlier and earlier, even if they’ve got complications – even premmy babies are going home earlier and earlier –  we follow them up the next day. It’s really intense support which is fantastic because they are getting that on-going care that they might have got in hospital. They get that at home which is often more relaxing and if dads can take that time off work, they can be at home to learn too.”

COVID-19 has made things “interesting” with more paper work than ever before, yet Rosie always manages to be that calming, caring and helpful presence to all her “mums and dads”.

“My role is to support them in the transition from hospital to home and help them learn about their babies, become parents and care for a baby,” she says.

“All my families are beautiful. I feel really protective of them, particularly when you’ve met them in pregnancy and you follow them through.” 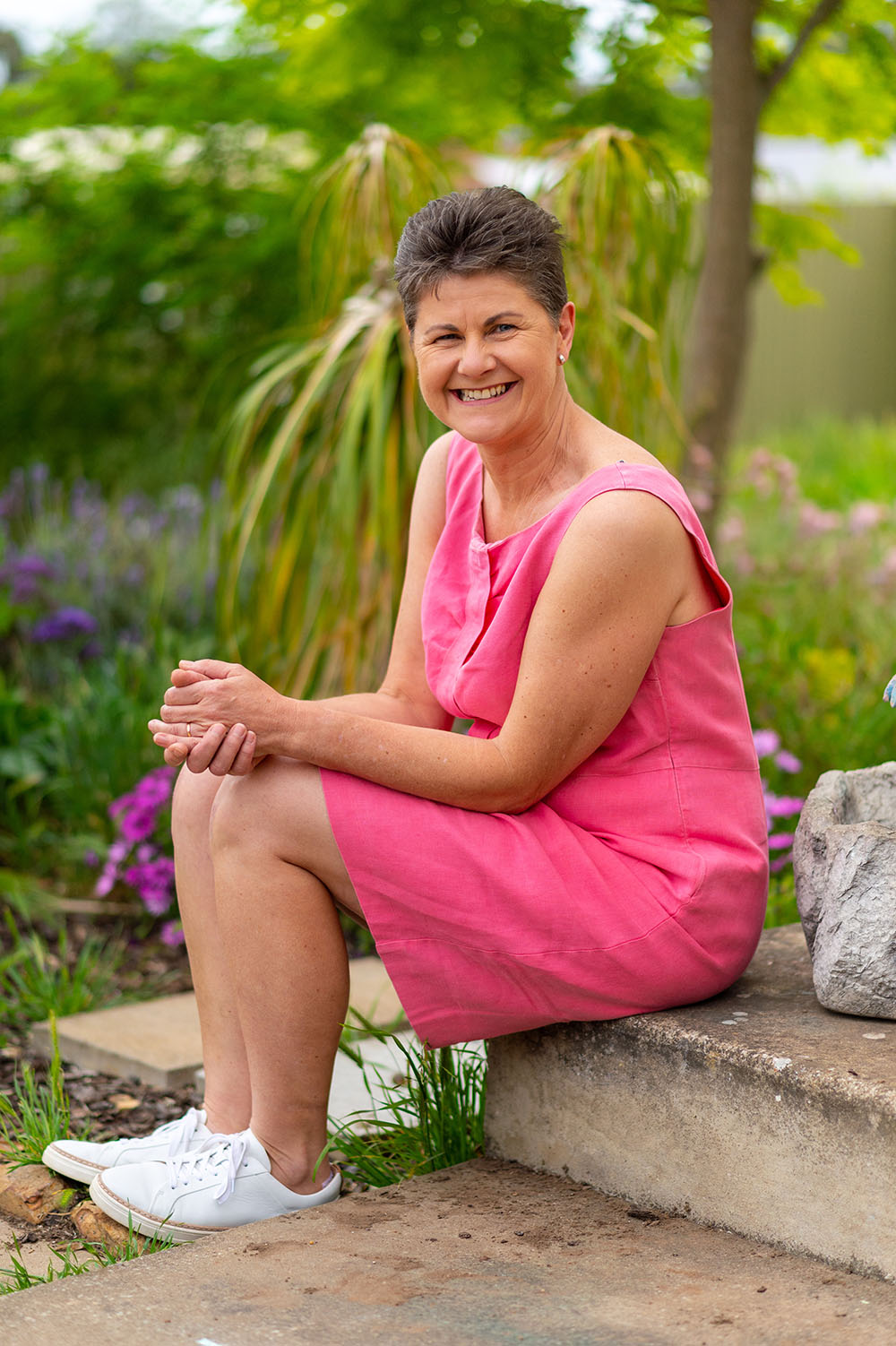 During her 27 years as a midwife, Rosie has quietly felt every emotion. From tears of joy to gut-wrenching sadness, she treasures every experience and takes pride in being a fierce advocate for the mothers in her care especially as a lactation consultant.

Being dedicated, non-judgemental and respectful of everyone’s values, as well as her love for the family unit in all its many forms, are just some of the many qualities Rosie’s peers and those she mentors admire.

But it’s her sense of humour and ability to communicate that brings out the best in everyone, especially nervous parents, whether it’s “huffing and puffing” during antenatal education classes or at home with a newborn.

“I role play and demonstrate things so I always carry ‘a baby’ and a cloth model of a breast with me everywhere I go…. it gets biro marks on it, gets washed and hung out to dry on the washing line,” laughs Rosie.

“I accidently left the breast model at someone’s house once, I got a phone call from the dad saying, Rosie, you left your boob here…Yep,
that happens!”

Yet every embarrassing moment and tiring day travelling hundreds of kilometres to visit families is well worthwhile because Rosie feels richly rewarded by a region she says has embraced what she’s been championing for decades – breast-feeding.

“That included mums who were also expressing and putting the milk in a bottle but no formula, so it’s still breast milk.

“I just feel, as a community, we’ve been able to support these families and the health benefits for mums and babies is just enormous and we keep finding out more and more.

“We are incredibly lucky in the Barossa that parents seem to want what’s best for their babies. They are so motivated and dads get in there and get involved too – it’s just beautiful.”

“I’ve had three children in three years and Rosie has been there right from the start. She’s always supported us, texted us well and truly after the births to check up on how we are going and make sure everyone is okay,” says the 26 year old.

“She’s always been so welcoming, so happy and I always feel so comfortable around her.

“She’s taught me to trust in myself as a mum – trust my gut instincts and seek help when you need it.