Former Nuriootpa High School student, Georgia Thomas had big plans for 2020. But she won’t let change get in the way of her future.

While it’s not usually ideal, meeting Georgia Thomas via Zoom seems apt for 2020.

It’s like the 20 year old points out, if this year could be summed up in a single word, it would be change.

Change at home. Change at work. Change in life.

And while on this occasion it’s not COVID-19 that has prevented a meeting in person, rather geographical challenges, seeing Georgia’s face on screen, white headphone cables trailing from her ears, feels in this changed world, completely normal.

Now working a full-time call centre job in Adelaide, the decorated former Nuriootpa High School student and champion debater is actually not even as far away as she should be.

This interview should have been conducted from a college dorm room, some 17,000 kilometres away in New York City.

But as with most things this year, the pandemic has disrupted best laid plans, and Georgia’s calling to study international relations at New York University was interrupted only half a year after her arrival in America last August.

“I finished semester one, which was all good, then it got to March and COVID was picking up,” recalls Georgia.

“Our classes got moved online and then they advised us that we should move out of university housing within 48 hours.”

For a young woman far from home, the race to get back to Australia before borders closed was critical.

Fortunately, Georgia was able to change dates of existing flights she had already booked for May, touching down in Adelaide mere days ahead of mandatory hotel quarantine and flights shuddering to an anxious halt.

“It was crazy. It’s such a blur,” she says, shaking her head in a way so many of us have during the past year.

“New York was a big hot spot initially, so cases were picking up fast, every day there would be more.

“It was only as I was going through the process of coming home and Qantas started grounding their fleet and dialling back flights that I thought, I am so lucky to be on my way home right now, I could have genuinely been stuck overseas.” 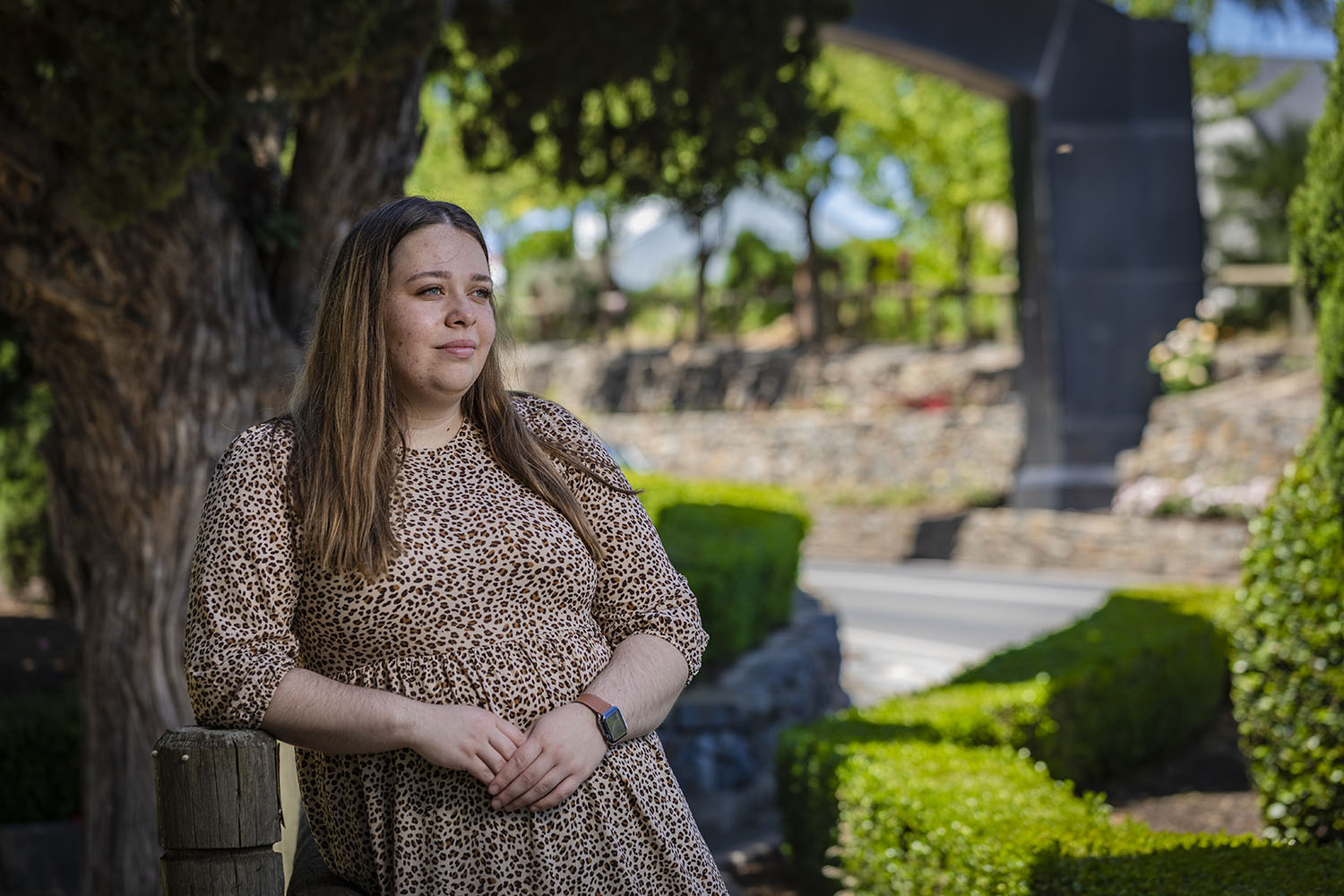 Despite being unceremoniously plucked from the Big Apple and deposited back into home soil well before her prescribed time, and missing a large chunk of what should be one of the most socially engaging and illuminating times in a young person’s life, Georgia isn’t one to dwell on disappointment.

“Obviously I would love to be at uni right now, living my life on the course I was planning on, but I’m definitely one of the lucky ones,” she says.

“I haven’t been pushed into extreme financial hardship, I’ve been lucky enough to gain employment in the meantime, I could get home, I’m with my family and I’m safe.

“Even though it’s a little bit of an inconvenience for me, it could have been so much worse.”

Luck is a word that frequently peppers Georgia’s syntax as she reflects on her life so far.

Daughter of Rob and Nicky, and older sister to Maddie, she describes growing up in Nuriootpa as a privilege, with Tuesday night family dinners involving the extended Thomas tribe a fond mainstay of a loving upbringing.

“Definitely my parents, school and just the community in every aspect is what has empowered me to be who I am,” says Georgia, who believes her path to the prestigious halls of New York University began in Year 9 when she signed up for the YMCA South Australia Youth Parliament.

It was through that programme a love of politics, social issues and public speaking blossomed.

“Prior to that I think I was a really shy person, I would never have done public speaking or anything, so I kind of root back to that programme in 2015 as a turning point for me,” says Georgia.

“I’d like to eventually give back through the work I do and engage in meaningful employment and improve the lives of other people.”

It bode well for the teenager, who went on to participate in the programme every year afterwards, switching to the organising team once turning 20.

Georgia is rich in her praise for her family, high school, teaching staff and Youth Parliament  when she reflects on her journey.

“There’s so many forms of community and support systems that have all conjoined to help me get to where I am,” she says.

“There are qualities and achievements I admire in lots of different people that I try to take on board to improve myself as a person.”

In 2019 Georgia was named as South Australian Lions Youth of the Year, yet another accolade for a young woman set on using her “luck” for the betterment of others.

“I wish everyone could be afforded the same opportunities that I have, and that everyone could have a family and friends that they feel so supported and loved by like I do,” says Georgia earnestly.

“I wish I could be that friend to everyone; someone that they feel supported by.

“Obviously that’s ridiculously unrealistic, but there’s so many social and humanitarian issues, all the way down to the thought of someone feeling like they didn’t have anyone to turn to.

“I’d like to eventually give back through the work I do and engage in meaningful employment and improve the lives of other people.” 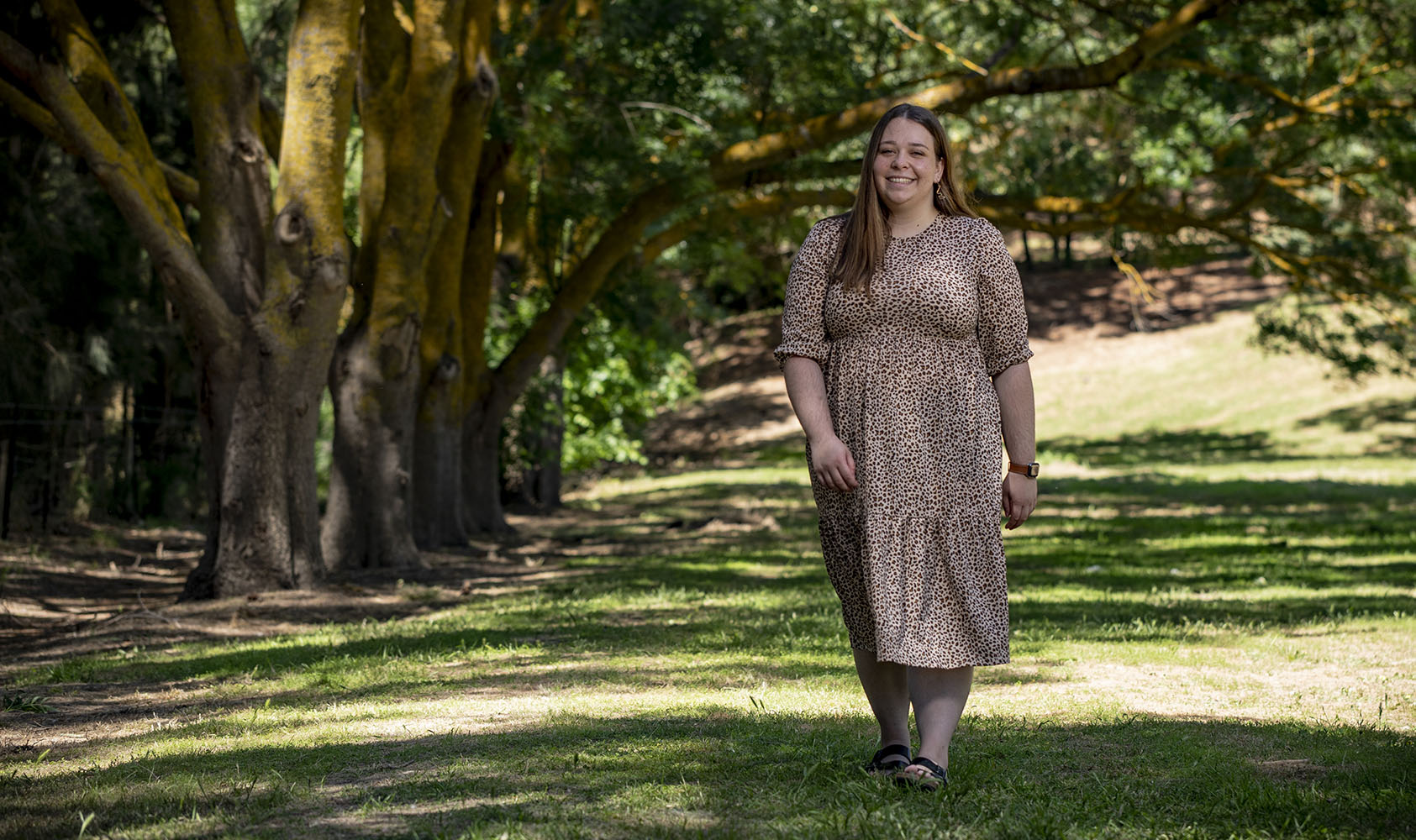 What that will eventually look like Georgia still isn’t sure, preferring to take life one moment at a time, beginning by getting back to New York to finish her degree once it’s safe to do so.

She knows she will eventually return to a place and people inevitably changed by the pandemic’s significant mark in history.

“I’m expecting it to be different, but at the same time, I don’t think it’s an experience divided by borders like so many other things,” she says.

“I think whether it’s on a personal level, community or global, a lot’s changed.

“Not necessarily for bad or for good, I just think, a lot’s changed.”