Everyone’s got a story to tell; Stuey Bourne probably more than most.

With a colourful yarn that would fit nicely in the latest Barossa campaign, Find Your Place in Our Story, Stuey describes how he landed at Barossa Valley Estate as a “blow-in” winemaker almost 20 years ago.

He was quickly schooled in what he calls the Barossa’s DNA.

“When I first turned up to BVE, the boots by the door were Colin Glaetzer’s, Fi Donald’s and Tash Mooney’s,” he says.

“With great pride I put my boots next to theirs at the door, hoping they would fit…I had 10 of the most amazing years.”

As the story goes, the boots did fit. Stuey’s conversion to the ways of the Barossa couldn’t have been more natural or absolute, and he never misses an opportunity to espouse the region that so willingly “adopted” him.

It’s his signature storytelling as much as his winemaking prowess that led to the Soul Growers’ chief winemaker named this year’s Winemaker of the Year by the Barons of the Barossa, who described him as “one of our region’s most articulate advocates”.

“It’s much better than garrulous raconteur, which I also would have accepted as a second option,” laughs Stuey.

Like all good stories, the one Stuey tells has a compelling plot and plenty of central characters.

They are all incredibly different people but their commonality is their passion,” says Stuey.

“Passion is not just a marketing term for people in puffer jackets to sell things.

“These people all have a genuine passion and love of land so that when they tell their stories – and share other people’s stories – they are all speaking with genuine conviction.”

He’s convinced this authenticity is what truly resonates with consumers.

After all, where else would you find an annual blessing of the grapes to honour Lutheran settler traditions; music “nachts” where the shell grit floor soaks up the red wine; or a simple handshake that’s a binding grower contract.

“Context is everything,” Stuey says. “When we get visitors to the winery, the first thing we talk about is not the wine in our hand but the region.

“Geology, geography, people, place and family. Once you have the context, the rest of the story makes sense. 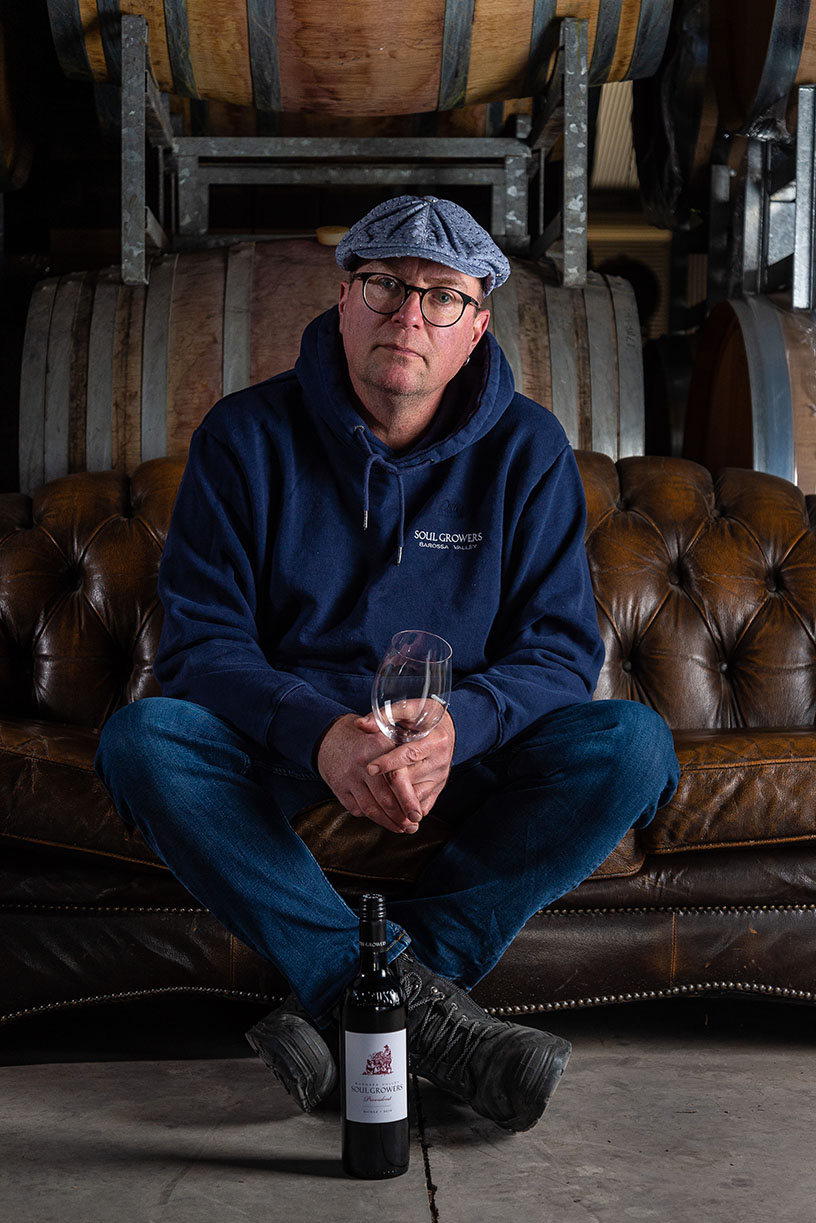 However he’s quick to point out this hasn’t happened by accident.

Initiatives like Barossa Future Leaders, Young Ambassadors and the annual Generation’s Lunch are an intentional leadership response to a constantly evolving industry.

“When you think about evolution and succession planning, the Barossa has been thinking about this for a long time,” says Stuey.

“It’s borne out of a region saying ‘How do we ensure that we future-proof ourselves?’

“Barossa Future Leaders came out of a conversation at a Generation’s Lunch, a big old shindig on the last remaining shell-grit floor in an agricultural hall in the country.”

Stuey is also equally about what lays ahead – the next chapter in the Barossa Story.

“To me one of the most exciting things as a winemaker in the Barossa is the evolution of viticulture as the current generations take over from their mothers and fathers,” he says.

“It’s so encouraging to see them questioning the techniques of generational Barossans and improving their viticultural practices, while still being what it takes to be Barossans.”

“Now a true Barossan could be anyone. It’s not about how many years or generations you’ve been here, it’s where your heart lies.”

Another evolution is the changing fabric of the Barossa community, as professionals and families make the Barossa their home.

“Now a true Barossan could be anyone,” says Stuey. “It’s not about how many years or generations you’ve been here, it’s where your heart lies.”

This is both the inspiration and essence of the Soul Grower’s brand and the wines Stuey has been crafting there since 2015.

“It’s not about we who make the wine, it’s about the growers who deliver our fruit,” he says. “So when we go and taste with consumers, everything we talk about goes back to the DNA of the region and the DNA of our brand, which is the growers of the Valley.” 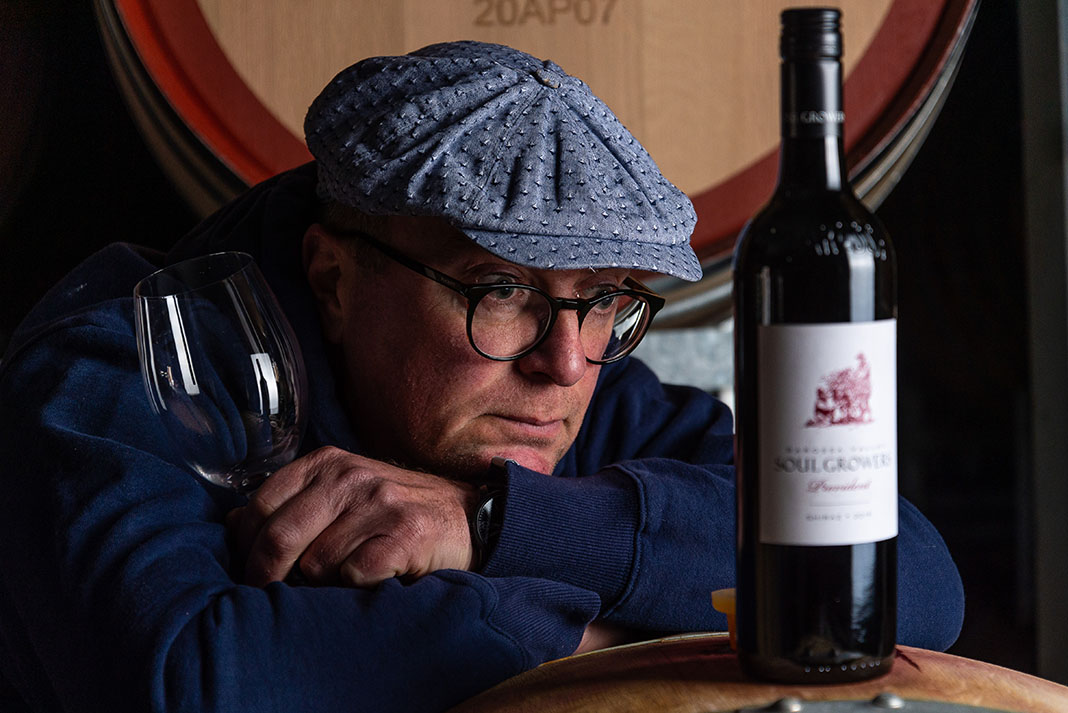 He hopes his own legacy will be another generation with a story to tell.

“Lift up a rock here anywhere and there’s another discovery to be made. There are so many stories just waiting to be uncovered,” he says.

“We need to have enough storytellers who are able to travel, receive, share and tell.

“When I look to the Barossa’s future, part of our legacy must be that we arm the next generation with the stories and the confidence to tell them.” 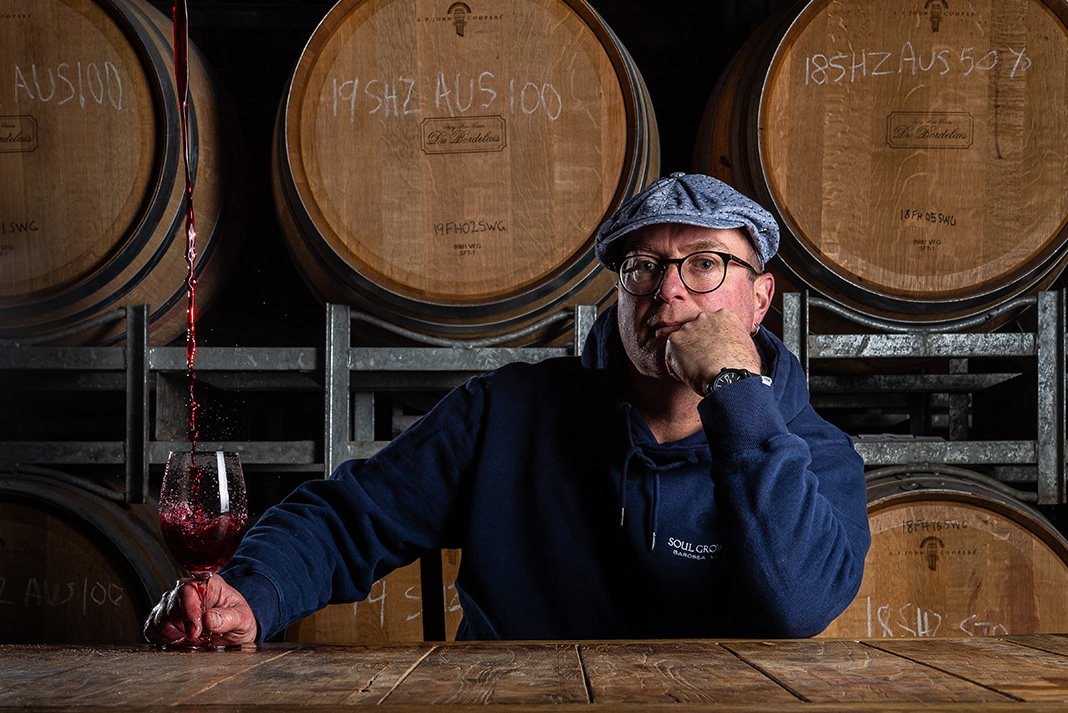