Jarrod Warren doesn’t like to be called “boss”, he cringes at the title.

“I hate the word,” says the Managing Director of FABEM Metal Works, dressed in his fluoro shirt and steel capped boots.

You won’t see an office filled with staff in suits and ties at his Basedow Road premises in Tanunda unless, of course, a snappy dressing client happens to visit.

What you will find is a group of mates, maybe even enjoying a coldie and barbecue after knock-off time, maintaining a work-life balance based on friendship and respect.

Jarrod is a down-to-earth tradie with what he calls a “pretty simple” business plan. What you see is what you get with this boilermaker/welder, even the company name has nothing to hide.

“Fabrication, Engineering and Maintenance – FABEM, it’s what we do,” he says, smiling through an impressive beard.

For those who have never heard of them, it seems you’re not alone.

“Not many in the Valley even know we exist!” Jarrod says.

“Our main clients are based in Sydney and regional mining in South Australia; we have also done work in Darwin and worked on a number of mine sites in Western Australia.”

But that is now changing as local wineries and builders cotton-on to the burgeoning business, with its reputation for quality and reliability, quietly making a mark in the Barossa.

From projects worth hundreds of thousands of dollars, including engineering, fabrication and installing chute and conveyor systems for quarry and mining projects; stainless steel tube and pipe work, catwalks and platforms for wineries; right down to fixing a tiny problem on a grey nomad’s Winnebago – no job is too big or small for FABEM.

“It’s time now to give back to our own community and do more for the local people and businesses,” says Jarrod, an active sponsor of his old hockey club, AM United.

There is a sense of pride as he describes how his business has grown through “word of mouth”, without flourish or fanfare.

Born in the Barossa, the father of three says he chose what he wanted to be when he was just six years old.

“There was a time capsule at Truro Primary School that was opened in 2011. Inside there’s a drawing of myself, holding a guitar and I wrote how I wanted to be a welder and work at the cement works!”

His musical talents stopped at playing “air guitar”, but the career he had foreseen all those years ago wasn’t too far off the mark.

Gaining an apprenticeship in Metal Fabrication after completing year 11 at Nuriootpa High School, Jarrod eventually decided to leave the Valley and broaden his horizons.

“From 2006 – 2009 I travelled around Australia. I worked in North Queensland, Darwin, the Pilbara and then came down to Kalgoorlie before returning to Adelaide, so pretty much did a whole lap of Australia,” he says of his adventures.

“Then I came back here; met my wife, Dustie and started working as a contractor. I worked for three years at a mineral sand mine and then worked for a local engineering company where I was moved into management.

“They were very helpful, they guided me and taught me a lot about running a business.”

In 2017 Jarrod decided it was time for his next challenge.

“If I can do all this for a company, then why can’t I do it myself?”

It was at that point the couple embarked on bringing FABEM Metal Works to fruition.

“It started with me doing 12 hours a day, then 14 then 16, 7 days a week to get things happening to the point where we put on our first employee,” Jarrod explains.

“I am glad that I have always had the support and encouragement from Dustie. While she kept check on things at home, I continued with the business.” 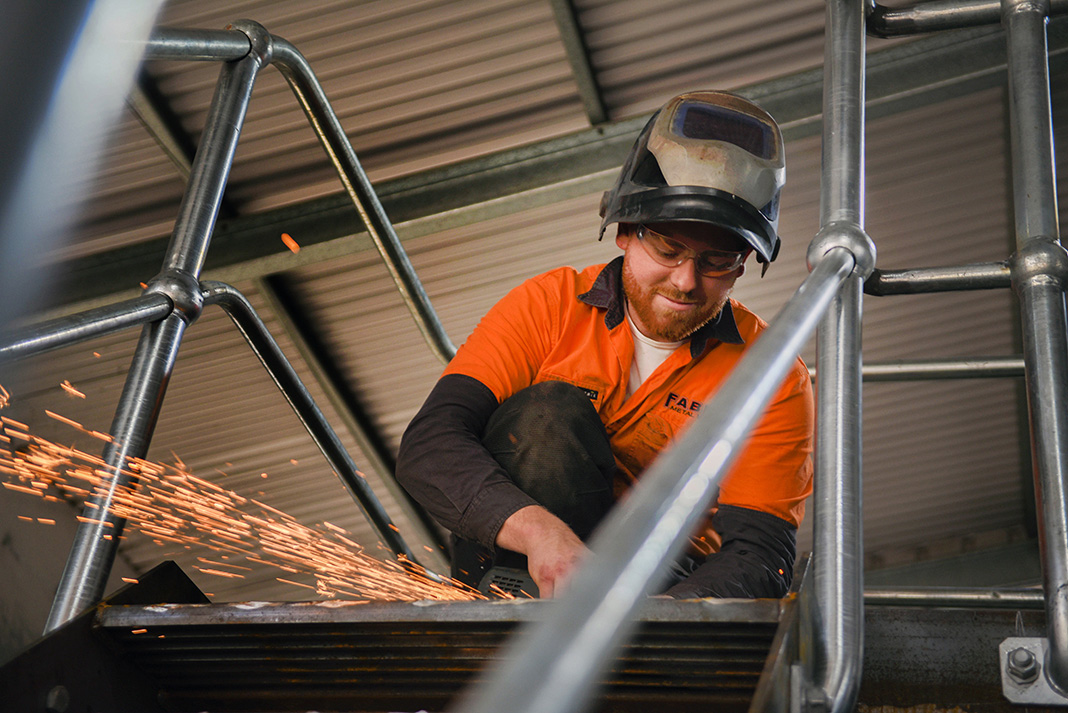 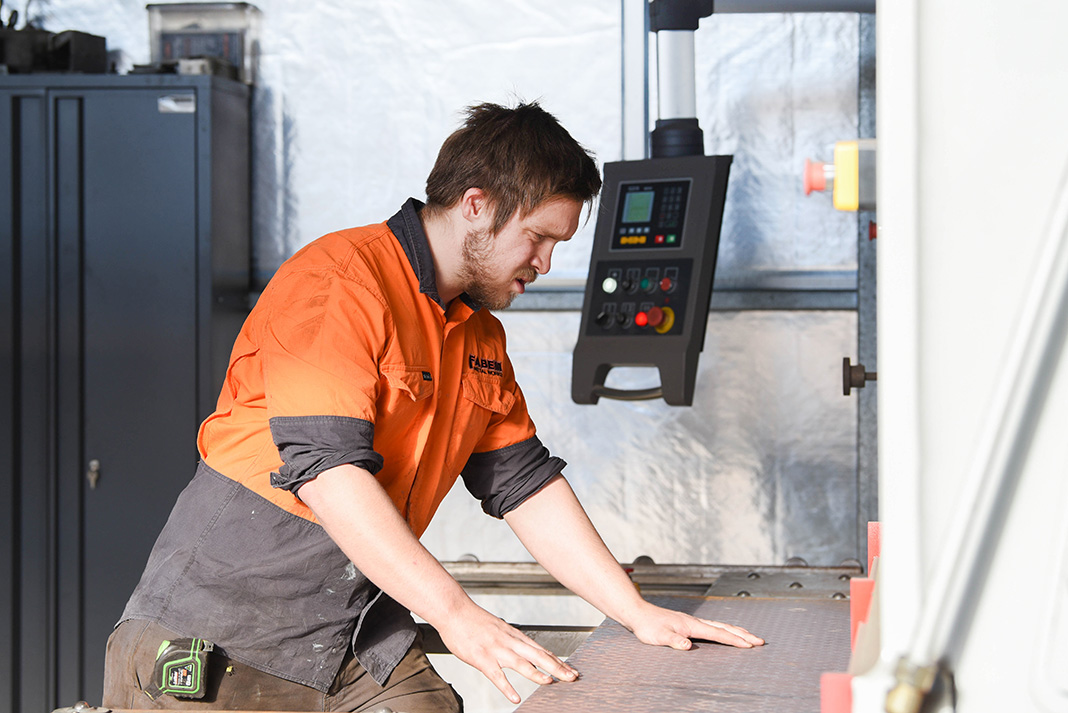 Demand meant the business continued to grow “out of nothing” and even a global pandemic wasn’t able to stop its progress.

“COVID hit and it was a time where businesses were worried about where they were going and if they would survive. Rather than worry about it, we just continued to grow,” Jarrod says.

“We had no permanent employees before, now we’ve got four. Our business structure has meant we’ve been able to continue building our business during times that have been tough.”

Because “FABEM is family”, it’s also flexible and every employee appreciates the working environment they are part of.

“We are proud to say that we have some of the best fabrication tradespersons in the Barossa working for FABEM”, although that hasn’t happened by chance.

“My brother Isaac works for us; Jasper and Jakeb I’ve known since they were born, David I’ve known for 20 odd years and Richo I’ve known for 5 years but feels like a lot longer,” Jarrod says of the team he has gathered around him and Dustie, who works in logistics and administration.

The couple’s  next step is working on moving into a larger premises as they are growing out of their current space.

“People can’t believe what comes out of our small workshop – it’s a Tardis!” he laughs.

Meanwhile, FABEM will continue as is with Jarrod content with not becoming the “biggest” in the region, but “definitely being the best”.

“I just like the challenge of keeping clients happy and working to get the job done,” he says.

“It is about having that close team that wants to work with each other and for each other. The guys don’t want to let their mates down.

“Everyone is always striving to do their best and to keep our clients happy, so when they need something else done, we will be the first ones they’ll call.” 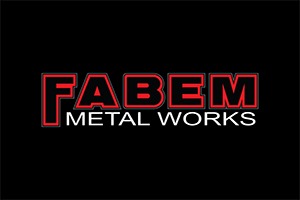 Speak to the team at FABEM Metalworks today