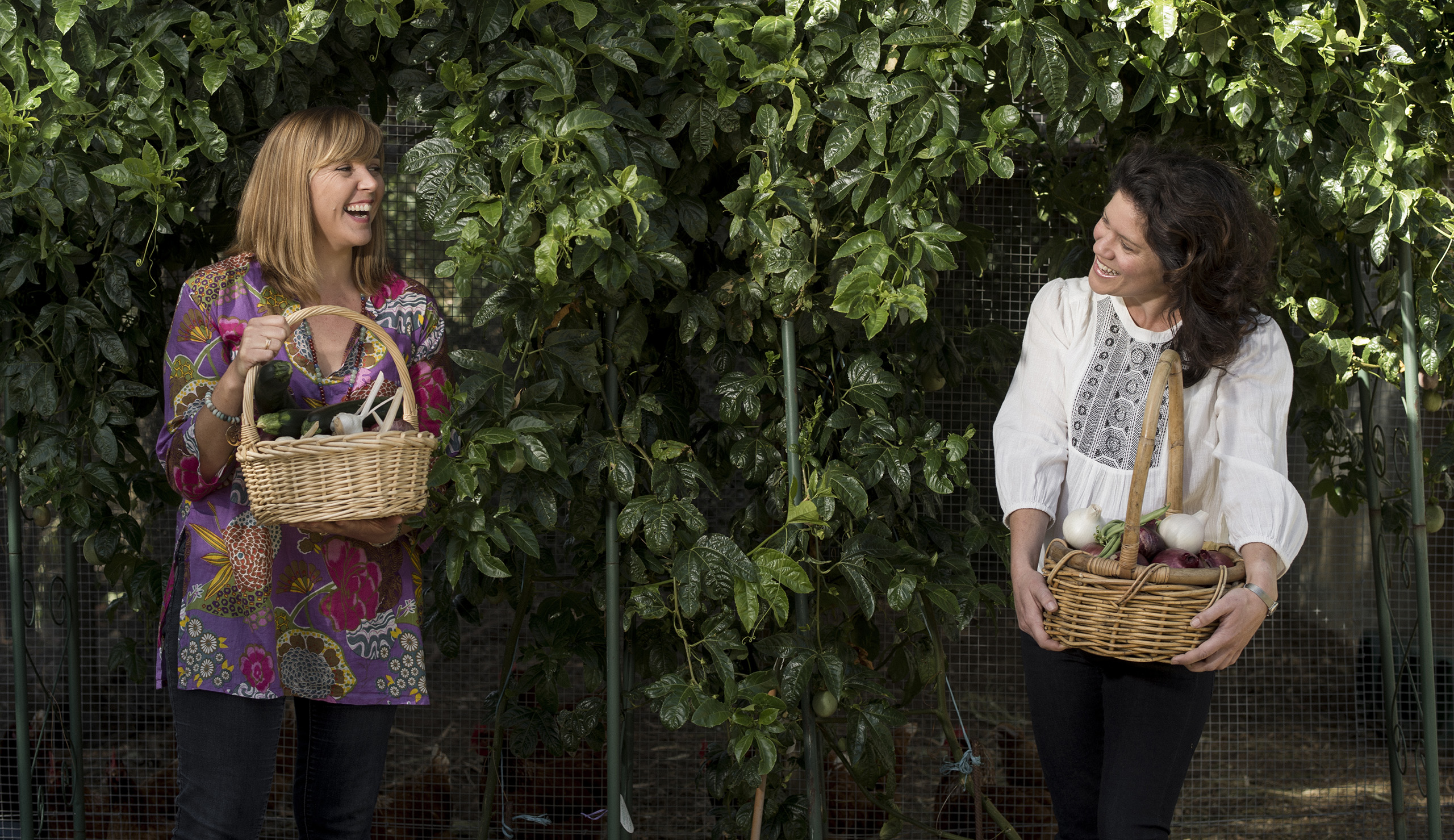 A dozen eggs, a handful of zucchini or a sprig of fresh herbs placed with care on Ruby Stobart’s doorstep is a small window into the love-filled enterprise filling stomachs and hearts around the Barossa.

Behind the Barossa’s Kind Hearted Kitchen are two very big-hearted founders, in Ruby and Rachael Braunack, whose not-for-profit food venture has been embedded into the fabric of the Barossa community. 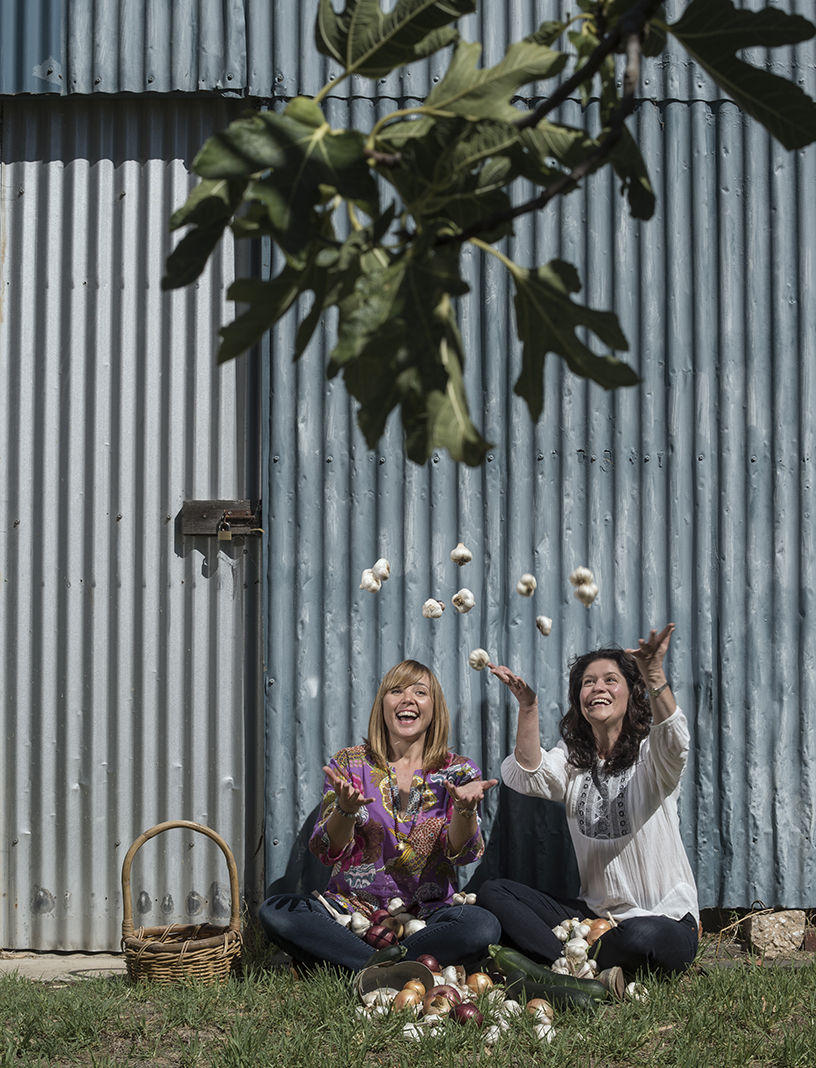 But while the initiative has surpassed their wildest expectations, the pair is quick to point out that the Kind Hearted Kitchen is, indisputably, a community enterprise.

“Both Rachael and I feel it’s an achievement for sure, but it’s a collective achievement,” says Ruby.

“I honestly didn’t know how giving and loving the Barossa community is – to realise that about your community is so heart-warming.”

Ruby is referring to the hundreds of people who have embraced the Kind Hearted Kitchen and its “love in action” mission to deliver nourishing meals where they are needed most.

The idea was born of Ruby and Rachael’s own challenges in their journey from career women – Rachael is a chef and Ruby is a marketing manager – to mums.

“Rachael and I both studied wine marketing at university and ended up living in the Barossa,” recalls Ruby.

“Time passed and we started families; both being ring-ins, we didn’t realise how hard it can be without a lot of support, so we were there for each other, taking a meal around or having friends who helped in the same way.

“We thought, if we have supportive husbands and the means to get by and we are struggling, how are others coping?”

In that quintessentially Barossan way, people who knew people got talking, and the dots were soon connected.

“We were put in touch with Libby Schwarz at Cross Roads Family Learning Centre and she said, “We have been gifted a commercial freezer”; we said “We’re willing to fill it for you’,” recalls Ruby.

“I don’t think we really knew exactly what we were doing – we just knew we wanted to help.”

And so the Kind Hearted Kitchen was born, with a handful of volunteers coming together to create 400 meals in mid-2015 for people facing challenging times.

By the following year the output had almost tripled thanks to a groundswell of community support, coupled with a more streamlined and self-sufficient business model and a mobile coolroom – the result of a community led fundraising campaign.

The project unearthed generosity in all corners of the Barossa, from friends in the hospitality industry to wholesalers, service clubs, primary schools, like-minded business people and backyard gardeners.

“The Barossa is full of people who have vegie patches and eggs and lambs,” says Ruby.

“We have people saying, “I want to drop off a dozen eggs” or working out what we are lacking and dropping it off on our doorstep.”

Volunteers are also the backbone of the cook-ups that take place in various local commercial kitchens – the next at Elli Beer’s kitchen – overseen by Rachael’s professional eye.

“We have young people, retirees, people who can come just for two hours and people who will help for the entire day – and we are grateful for each one of them,” says Ruby.

“It’s beautiful to see how people have embraced it and are contributing with their own skill set.”

At the end of a 15-hour day, it’s into the ute to deliver the meals to schools, emergency relief and community outreach centres like Cross Roads, Lutheran Community and House of Hope.

It’s hard to say whether it’s the food or the gesture that nourishes most.

“People often ask, ‘how do you qualify for a meal?’,” says Ruby. “There’s no qualification process – you need a meal, you get a meal.”

“People think it’s so wonderful that a stranger cared.”

Much like the produce at the heart of the Kind Hearted Kitchen, the initiative continues to grow organically and sustainably.

“We didn’t necessarily sell the story but let it evolve and all of it has been by word-of-mouth.

“So many people have embraced it and continue to share the story so the pool can grow,” Ruby says.

With more cook-ups coming up, Ruby and Rachael will once again find themselves juggling the Kind Hearted Kitchen and public speaking opportunities with careers, motherhood and other commitments – and they wouldn’t have it any other way.

“I guess you just manage to add more and re-prioritise and balance where you can,” says Ruby.

“It’s a lot of work but personally I love that we are giving people a channel for giving, because I believe that people naturally want to help each other – it’s that love in action.” 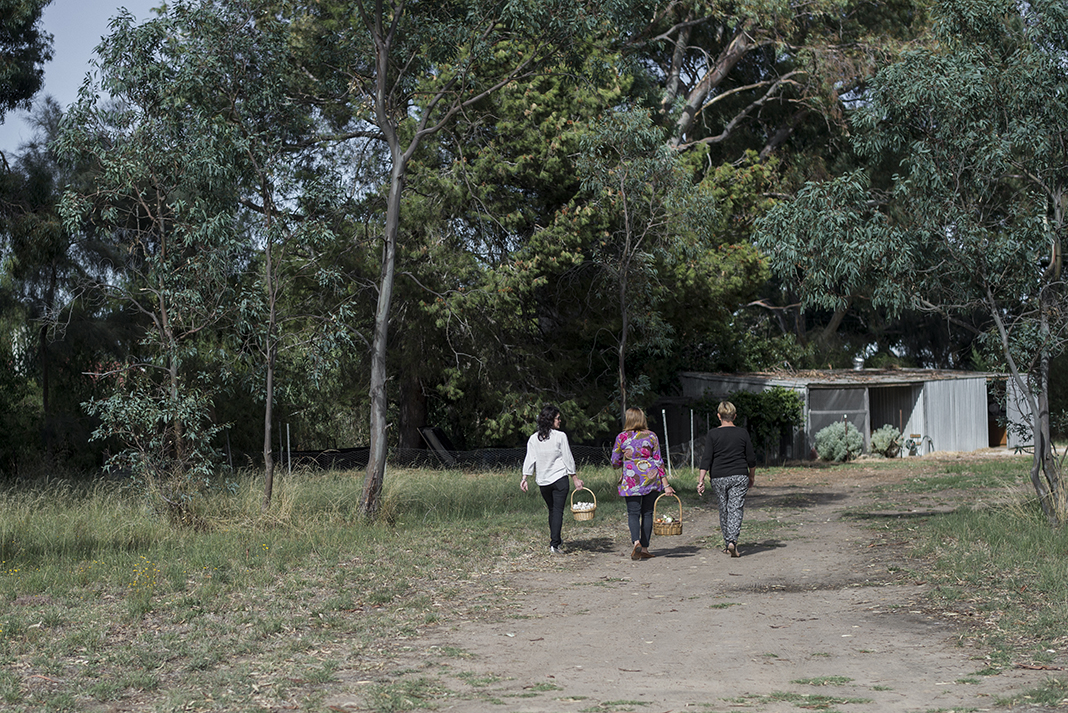