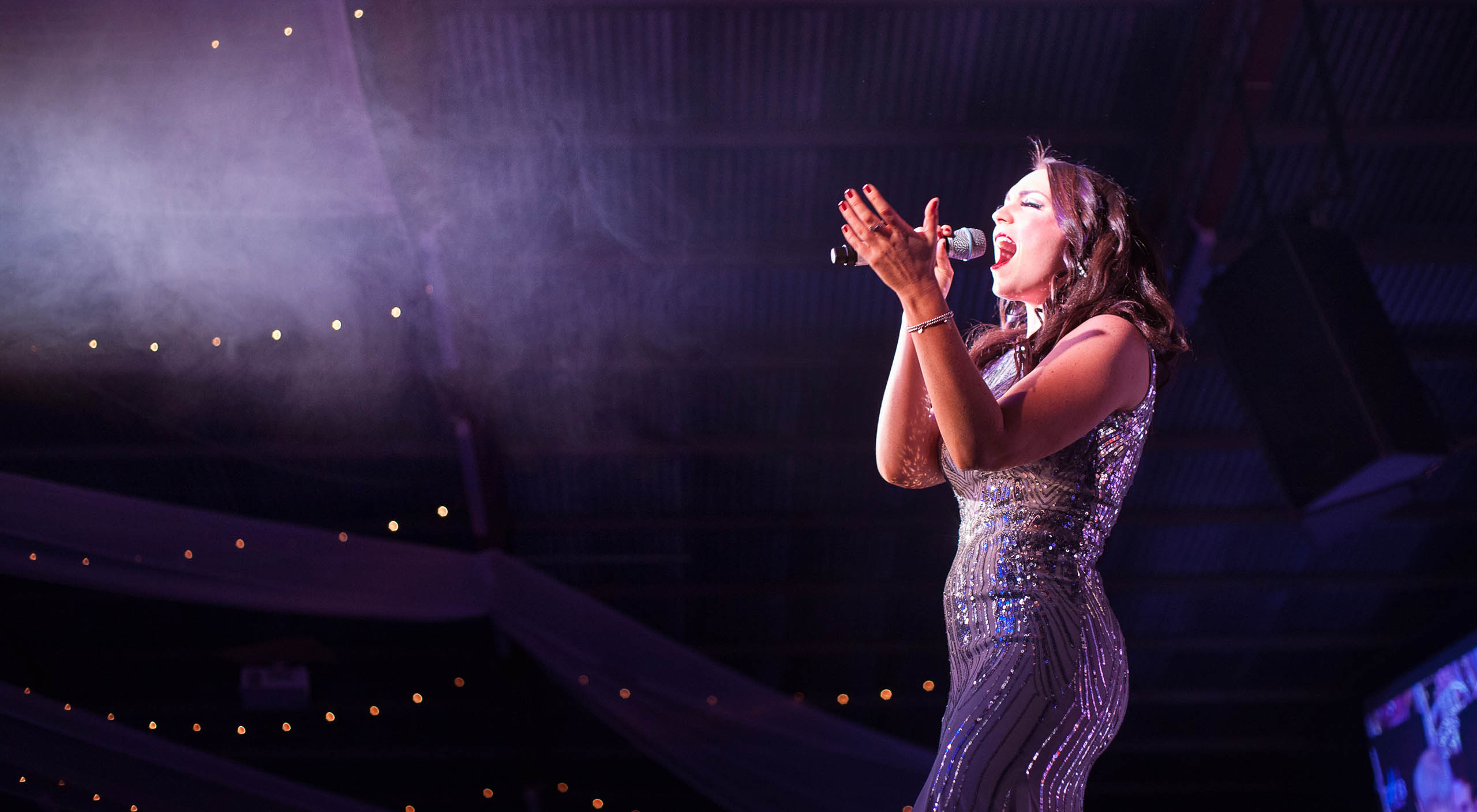 From the vines of the Barossa to the bright lights of Broadway, Philippa Lynas is riding a wave of success, sailing the oceans and singing in some the most famous venues in the world.

The tenacious 29 year old still pinches herself when she thinks of how far she has come since first stepping on stage as a timid Year 5 student at Tanunda Primary School.

“When I was a kid I was really shy and didn’t really like talking to people – I know, shocking! You wouldn’t know it now,” she says with a laugh.

True, it is hard to believe the confident, bubbly woman of today was ever anything but an extrovert as she sits chatting away during one of her rare trips home to Tanunda from New York City, where she has lived and worked since her early twenties.

Relaxed in the house where she and her sister, Julie were raised by parents, Tim and Charmaine, Philippa tells of the day her class teacher told her she could have “any role she wanted” in the school’s production, all she need do was look over the parts in the holidays and choose.

“I wanted to be ‘Vulgar the Vampire’ – the lead role,” explains Philippa, or ‘Pip’ as she is known by friends and family.

Mum, Charmaine is listening in from the kitchen and joins the conversation, “She was so shy…I thought what? That part is for one of the boys to do, but she said no, Mr Daniel said anybody could do anything.”

Philippa landed her very first leading role that year and those encouraging words from one class teacher soon joined a chorus of other such voices as she discovered her passion in life.

“That was the start of it, I loved being on stage…I enjoyed performing in front of people and enjoyed the whole concept,” Philippa enthuses.

Her shyness now “cured”, she soon found a mentor in the form of dance teacher, Kym Whitelum and took classes singing, dancing and acting, winning scholarships to Adelaide dance schools along the way.

“I threw myself into everything.

“I went to Faith and was part of the musicals there and honestly, the programme was incredible.

“Graeme Tyler was just the best thing that happened… When I look back, I feel like I was really lucky to be there at that time. To have the Brenton Langbein Theatre to grow as a performer was something out of this world. I can’t believe that I had that opportunity.

“I walk into these incredible theatres now and they are not necessarily intimidating and it’s because I grew up working on these stages at school.”

Her love of the stage grew with every performance and after earning her Bachelor of Musical Theatre at the University of Ballarat, she was off to Melbourne performing in shows and winning awards.

The bright lights of Broadway soon beckoned and there was no doubt in her mind that she could achieve her dream.

“I always just thought one day, if I worked hard enough and I wanted it enough, I would wake up and sing on Broadway… and I did!

“I got a full scholarship to go to the American Musical and Dramatic Academy (AMDA) which is the most prestigious and famous musical theatre school in New York!” she says as excitedly as the day she heard she was accepted.

“I still remember saying to Mum, I’m thinking about auditioning for a school in New York City and mum and dad were like okay, maybe not taking the concept seriously – Philippa’s off on her pipe dream again!”

But her well prepared “sales pitch” to her parents easily convinced them that the Big Apple was where she had to be.

Philippa describes the two year course, which she did in 18 months, as “a massive eye-opener”, with yoga classes beginning at the crack of dawn and voice, dance and acting lessons continuing well into the night.

“Broadway tickets were being thrown at us to go every weekend because we needed to be immersed in the theatre.

“What they say at AMDA is that they are going to give you the toughest, hardest situation that they could ever give you so that no matter what you are faced with in the industry, it will never be as hard as school so you’ll be able to do it.

“When I think back, I haven’t had anything harder than that.”

Hard work and tenacity to match, Philippa’s sheer grit and determination resulted in her winning the prestigious “Broadway’s Rising Star” award which led her to being the opening act in what can only be described as a New York Town Hall spectacular.

Pip had skyrocketed into show biz in style.

“That was a launching pad. It meant I was able to meet producers, meet choreographers… the audience alone was full of the top agents.”

More performances would follow as she rubbed shoulders with some of the finest names in Broadway like Judy McLean in Mamma Mia or singing her own one woman shows in the intimate surrounds of cabaret lounges like Feinstein’s 54 Below.

When an opportunity to perform on some of the most luxurious cruise liners on the planet came knocking, there was no way Philippa could turn it down.

“There’s been a real mixture in my career!” she laughs.

“I have spent, pretty much, six months at sea and the rest of the year I’ve been back in New York performing in different things.

“I’m constantly reminding myself that I can’t believe I’m having these experiences!”

From exploring Bora Bora and swimming at Copa Cabana beach to sailing past the Opera House into Sydney Harbour, Philippa rattles off a list of exotic destinations that people usually only dream about.

“We are literally waking up in a different country all the time.”

Whilst it has been difficult to be away from family for long periods of time and there is a sense of isolation being out at sea, there’s a reason her friends call her “Positive Pip” as she turns every negative around.

“It is like travelling with a family – a very big one!”

She has to laugh at the funny side of life at sea, when perfectly choreographed seven second costume changes go awry and she’s belting out a Whitney Houston number with one boot flopped down, dress zipper stuck halfway up and a ladder in her fishnets.

Even if the costume she has to wear, “looks like Dumbledoor”, she puts on a dazzling smile and powers through, quietly welcoming the end of the show.

“There’s been some shockers but I’ve had some really beautiful costumes as well.”

“I just love all the glam and glitz of showbiz – I just love it so much!” she says, barely controlling her enthusiasm.

Her excitement is contagious and we soon find she’s harbouring some extra good news.

“I’ve just been booked to sing at Carnegie Hall! I’ve never performed there before.”

After she finishes sharing the stage with Tony Award winners on one of the world’s most prestigious stages, Philippa will board her next round-the-world cruise.

It’s a stark contrast from the shell-grit floored venue of her most recent gig which just happened to be back home in the Tanunda Show Hall, performing with the Tanunda Town Band at Melodienacht.

Yet it seems her hometown performance was just as exhilarating as those she experiences abroad where revolving stages and dance teams are the norm.

“Where else on earth am I going to perform with a 40 piece brass band! I absolutely loved it.”

The local event showcased just how far Philippa had come during the past eight years, her powerful vocals practically lifting the iron roof as she belted out tunes from her favourite leading ladies.

“What an experience! It was an opportunity for me to sing to basically 2,000 of my family and friends.

“That’s what was really special about Melodienacht. It was something I could do to give back to the community.

“I’m a Barossa girl after all!”