History, uni-cycles and a dash of Polish comedy

He’s the history-loving Doctor with a maritime family background who’s delivered famous Barossa babies and unicycled his way onto national television, all whilst advocating for the health and wellbeing of his community.

Angaston’s Dr. Bill Gransbury is one of those gentlemen who emanates the wisdom, trustworthiness and caring nature befitting of any highly-respected rural GP.

But this father of two isn’t your average mild-mannered health professional.

“I’m a bit of an enigma,” he laughs, cup of tea in hand, seated at the dining table of his historic Penrice home.

He tells of his grandfather, a master mariner who set sail from England to Australia to become a deputy director of lighthouses and navigation in South Australia in 1927.

“My dad was interested in sailing too and went to the Coral Sea in WWII and served in the navy there.

“I’ve got four brothers and they are all keen on sailing… I had an experience where I got knocked on the head with a boom so I ended up playing tennis instead,” he laughs.

Raised in Keith by community-minded parents, each of whom were honoured with an OAM, the Gransbury family shifted to a farm in Meadows where Bill went to primary school and enjoyed an “average” footy career.

He finished secondary education at Mount Barker High School, graduating in 1971, but it wasn’t all smooth sailing.

“I mucked around a fair bit the first time round in Year 12, so I had to go back and repeat and see if I could get a scholarship to get into university. Anyway, in 1972 Gough Whitlam came in and made all university free.”

Needless to say, Bill stepped up once he decided on a career path.

“I never really had much of an idea of what I wanted to do,” he says.

“Dad had a friend who was a surgeon at the Royal Adelaide and he said why don’t you just see what you think of medicine?”

And with a great-great-grandfather as a ship’s doctor on the Africaine and a grandfather who was a GP, it seemed like a good idea.

“I thought that gives me something to aim for. I was never one of those people who said that’s always what I wanted to do but I’ve always been interested in helping people.”

“I was fairly set with the idea, gave it a crack and got some good results.”

“I mucked around in second year uni as well… that’s when I did my uni-cycling and juggling!” laughs Bill aware of the oddity of his words.

“I was in the New Circus…I never did fire breathing though, it just wasn’t my scene. Anyway yes, I did get distracted quite a bit when I was at St. Mark’s College.”

“Dad didn’t talk to me for three months because of that!” he says.

“So then I thought, look, you’ve been given a clear warning here so after that I applied myself a lot more diligently. I ended up with a Credit in final 6th year Med and went to the Queen Elizabeth Hospital, did an intern year there and then went to the children’s hospital and that’s where I met Trish.

“She was another distraction!”

Bill met his future wife, Trish towards the end of his time at the Children’s hospital but had already planned to travel to the United Kingdom and gain his diploma in obstetrics and gynaecology.

“Trish and I were writing whilst I was away, once a fortnight on aerogramme!”

Returning to Adelaide after 21 months, finding employment was a priority.

“I didn’t have a job to come back to…mum actually found one in Cleve for me – Trish was mortified!”

After what he described as “a crash course in anaesthetics” Bill started at Cleve in 1983, the year he and Trish were married.

“We worked over there for three years, Trish worked in the hospitals. They were pretty busy times. There’s quite a big rural community and I joined the Apex Club there.”

It was when living in Cleve that the distractions hailing from his uni days returned.

“I was on national television with Bert Newton’s New Faces. Doing juggling, unicycling and Polish magic tricks I learned in second year med school!” he laughs describing how he ended up winning equal first prize on the popular show.

“It was fun, that was my moment in the limelight!”

Son, Tim was born in Cleve and daughter, Annie was on the way when a position in Angaston caught the growing Gransbury family’s attention.

“They were looking for a young GP with procedural skills to come and join them with a view for partnership,” Bill says, rattling off the names Drever, Paul, Rutter and Scholz who were the doctors at the time.

“We left Cleve in March, bought this house from John and Pat Duval – he left a lovely bottle of red in the cellar for me – and I became partner here on July 1, 1986.”

Dr. Bill ended up spending 36 years in General Practice and delivered around 100 babies during his time in obstetrics, before retiring in 2019.

“Shannon Hurn and Callum Hann are two famous babies who have gone on to great things!” he beams cheekily.

Teamwork is central to every one of Bill’s successes, both in his medical career and in the volunteer roles.

“I think I have always enjoyed working together in a team and seeing how you can improve things. In the practice it was always a really positive experience adopting change, keeping up to date with things and seeing that you meet the expectations of the community.”

Dr. Bill discovered a love for history after wanting to find out about their family home known as Penrice House.

“That’s why that all started,” smiles Dr. Bill.

“Then we made friends with families who had been in the area for a long time – the Angas’ and Keynes’ –  people who came to the Barossa and just seemed to stay for generations.”

A sign at the entrance to Angaston also piqued the Doctor’s curiosity.

“It said “Historic Town” and I thought where do you go for history in the town? There was no museum. So, I just started to become interested.”

He doesn’t know exactly how he came to attend a public meeting to restore the Old Union Chapel at Penrice, but that would become the first of many major projects Dr. Bill would help bring to fruition.

“I was helping to co-ordinate the labour so we got guys like Ross Young, Lance Condrington, Fred Kummerow who were doing a lot of the work. We got prisoners on day release and then we had the local Lions Club and Apex Club help too.”

A book telling of the chapel’s story would also follow.

“We did a bit of work with research in the library and got hold of some old records. Ann and Colin Angus  did the writing, I did the research.” 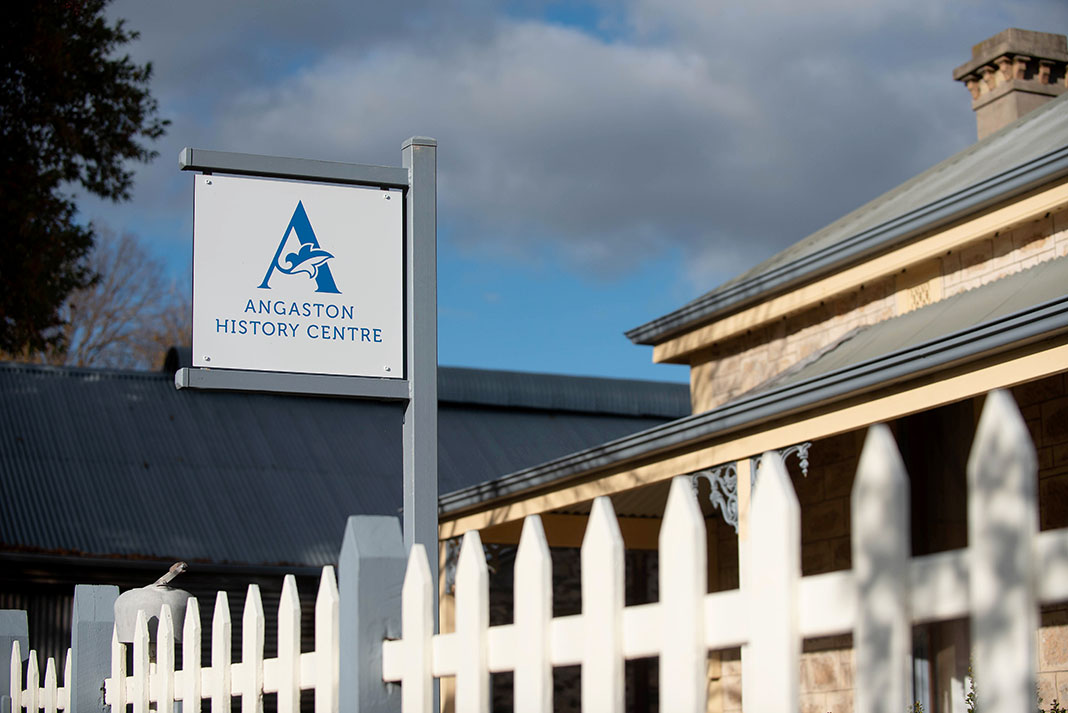 A passion for history also led him to join the Angaston Main Street Committee. His friend, the late Paul Mariani was the founding chairman so it seemed natural to become involved.

“One of the offshoots of that was to form an historical society… that’s how the Angaston and Penrice Historical Society came about,” explains Dr. Bill.

“We bought the Blacksmith’s shop and the Angaston History Room is our latest project. We’ve got a couple in W.A. giving us the use of the building for several years and if we can make a go of it, we stand to get the ownership of the building. They will gift it to the community.”

Other projects like the Angaston Railway Precinct have also benefited through the input of Dr. Bill working behind the scenes.

Then there’s the Angaston Football Club where he’s the club doctor and also helping with the major re-developments there.

“At the moment, we’ve got the COVID-19 crisis so I’m helping the football club develop policy.” 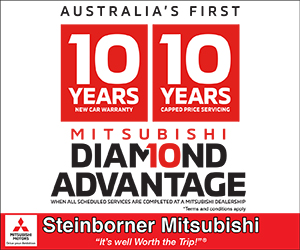 The health and wellbeing of his community has always been a focus for Dr. Bill who is continuing his work on the “Steps to Better Health” local health service directory and  the “Angaston A Team”, a project supporting mental health in the region.

“I’m doing research with Flinder’s  University to validate an assessment tool that can be quite useful in all ranges of care, whether it’s somebody experiencing homelessness, drug addiction or mental health issues, so that’s something that I’m quite passionate about at the moment.”

June will be a little quiet for the doctor as he recovers from a hip replacement. However, it won’t stop him from working from his home office, organising the build of he and Trish’s new house in Angaston and enjoying time with his children and grandchildren at the beach.

One thing is for sure, you’ll continue to find Dr. Bill “behind the scenes” wherever a positive project is happening for Angaston.

“I enjoy working towards something and being part of a team that achieves stuff,” he says.

“It’s rewarding kicking a few goals and having success. Getting people together, setting some goals, achieving them and celebrating!

“That’s what keeps me ticking along.” 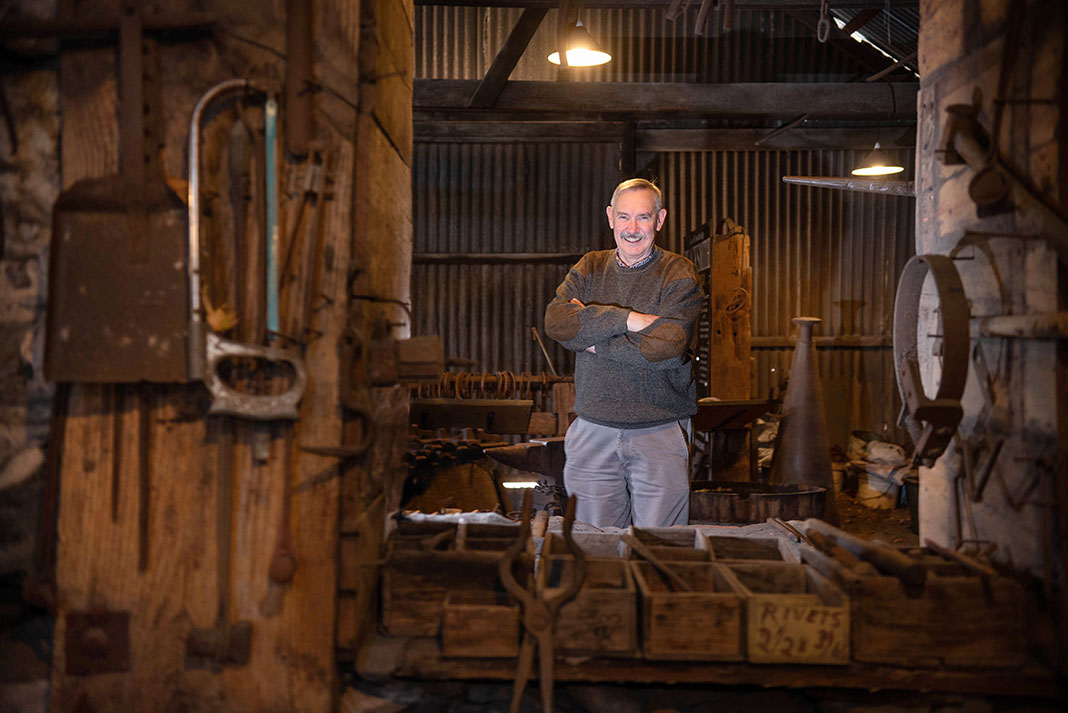 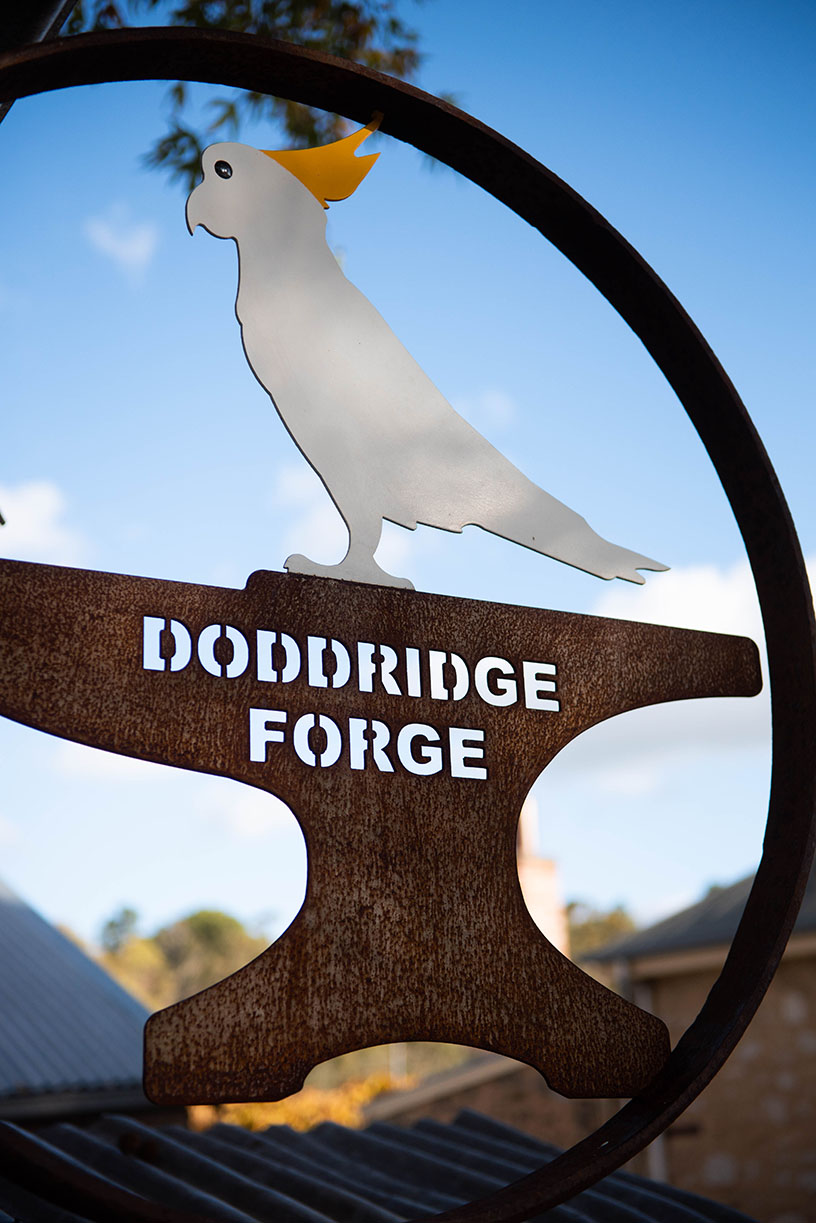