Rob Gibson has spent a lifetime digging deep to unearth the secrets to the Barossa’s most desirable wine styles.

The original self-styled Dirtman, Rob ‘Gibbo’ Gibson has always been fascinated by what lies beneath the earth.

As a blow-in to the Barossa in the mid ‘70s, he was a pioneer of the scientific theory that great wines are grown in the vineyard, not made in the winery.

“Wine growing – it’s the bridge between growing flavours in the vineyard and inquisitively watching to see how they turn out,” explains Gibbo.

It’s an obsession that would have Gibbo travelling far and wide in search of flavours to make Australia’s flagship wine, Penfold’s Grange.

He recalls his rise from obscurity at Penfold’s to become a student of science at Roseworthy College under the mentorship of Dr Richard Smart.

“I was working in the lab when Max Schubert and (production manager) Mike Press came to me and said ‘how would you like to work for bugger all for three years and we’ll send you to Roseworthy College’,” Gibbo recalls.

“My degree was oenology, but viticulture – growing flavoursome grapes – was emerging as a specialty science. It was an exciting new stage in the industry.

“When I emerged out of Roseworthy, viticulture was new, so the viticulturists were Dirtmen and the winemakers were Plonkies!”

In a precursor of what was to come, Gibbo fortuitously found himself in the right place at the right time.

“I had an extraordinary opportunity when I went back to Penfold’s – to understand what made Grange Hermitage Shiraz and then to go and find it for the company from grower-supplied material,” says Gibbo.

“I had a team of bright young graduates who understood the association between what you create in the vineyard and winemaking flavours and characteristics.

“It was a wonderful project, because it sent me to South Africa, Germany, France, the US and all around the world.”

The era also marked the introduction of quality discrimination for Barossa grape growers, another watershed for the industry.

“For us to pay differential prices, that is, to pay for low yield and high quality, we had to come up with an agronomic system that stood up economically,” Gibbo says.

“That was the beginning of quality grading for growers.

“Barossa Shiraz was $265 per tonne but with the differential we introduced, it had a potential for $800 a tonne in one year…pretty soon it went to $3,500 per tonne.

“At the time growers were desperate because of low yields and poor economics, and they were saved in a lot of ways.”

Gibbo describes Penfold’s at that time as the “playground” of the Australian wine industry, as it aggressively pursued the acquisition of some of the nation’s largest and best-known wine companies, including Kaiser Stuhl, Wynns, Tollana and Lindemans.

When the sun finally set on a 20 year career with the corporate giant, the parting was akin to “a broken marriage”, but Gibbo says the time was right for change.

“I got a bit sick of the egos and corporates, and really wanted to see the viticulture side of the business given more management,” he says.

His other regret was failing to make an impression on the legendary Max Schubert.

“He always got my name wrong,” laughs Gibbo. “There was a Richard Gibson at the company – no relation – so Max either ignored me or called me Richard!”

Looking to make his next strategic move, Gibbo launched a wine growing consultancy and purchased a small holding at Light Pass with wife, Anne in 1990.

It would become the home of the family business, Gibson Wines, now celebrating its 25th year of winemaking. 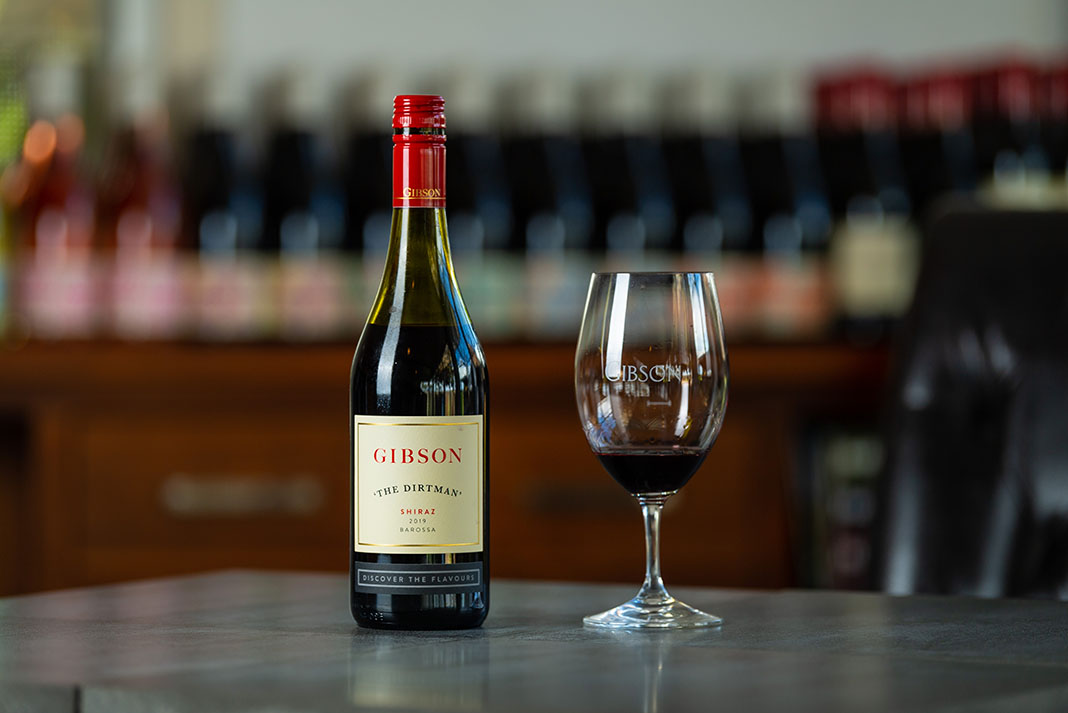 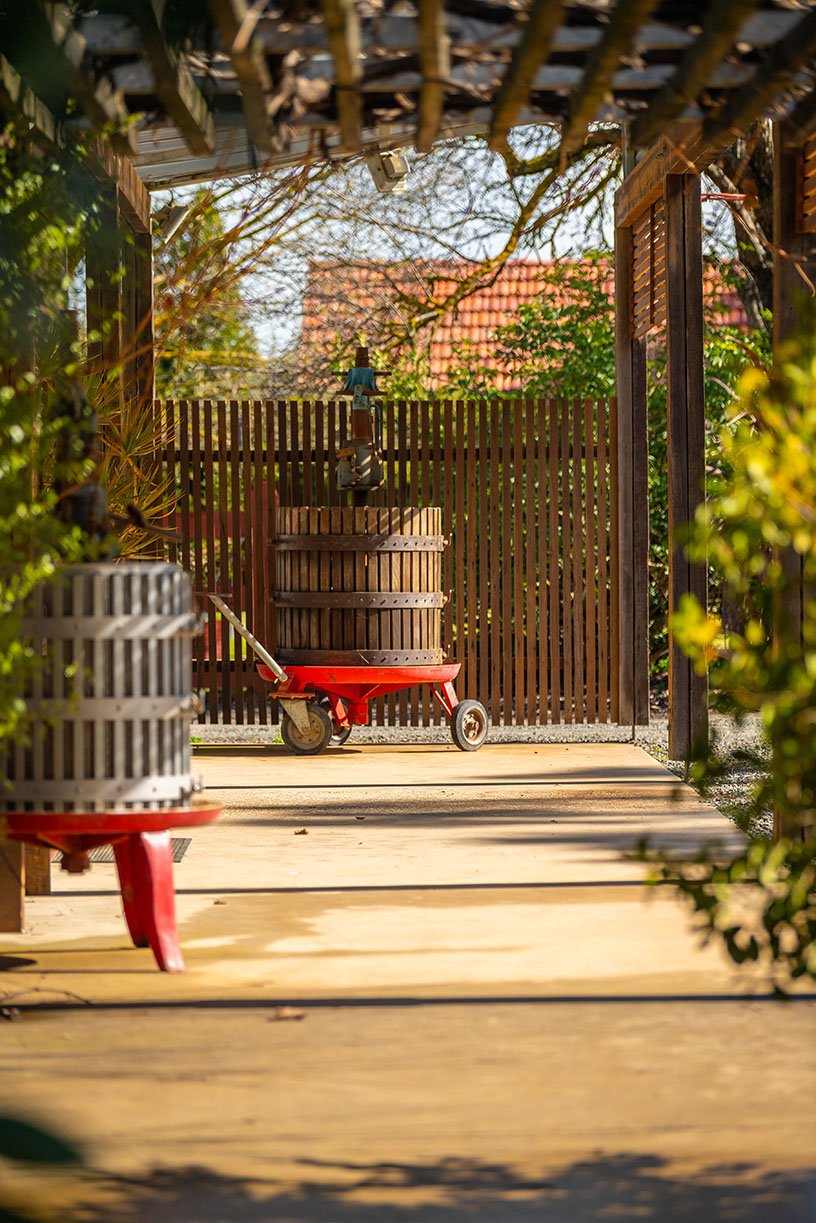 “I was driven by a confidence that I knew something special (about winegrowing) and I really wanted to show what I could do.” 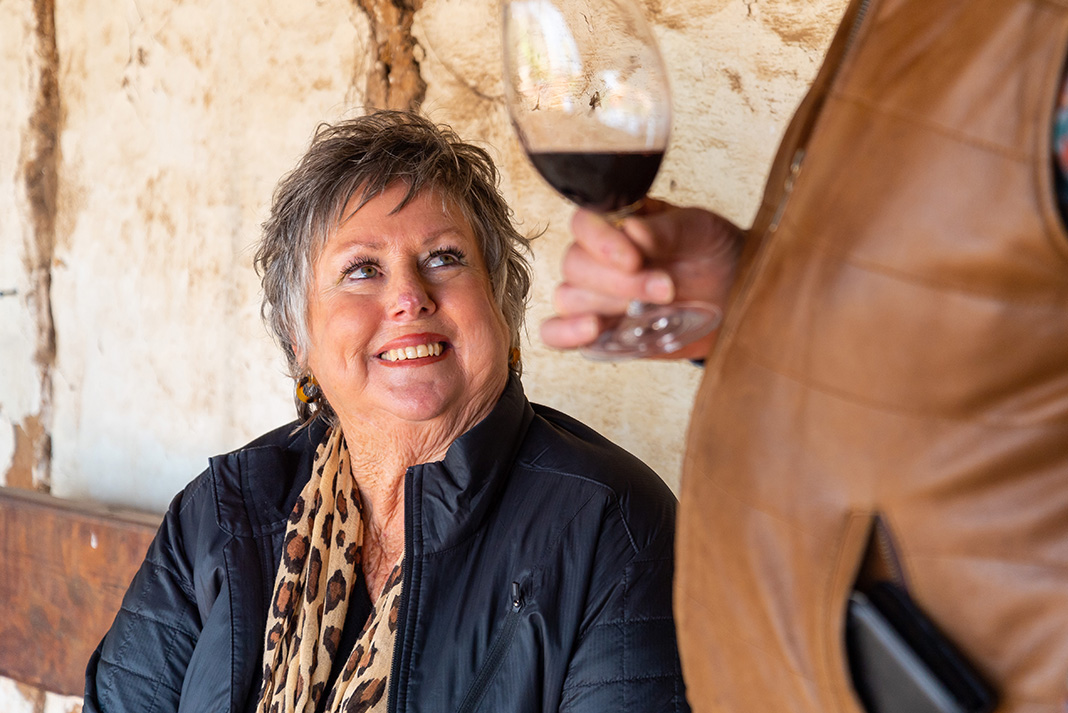 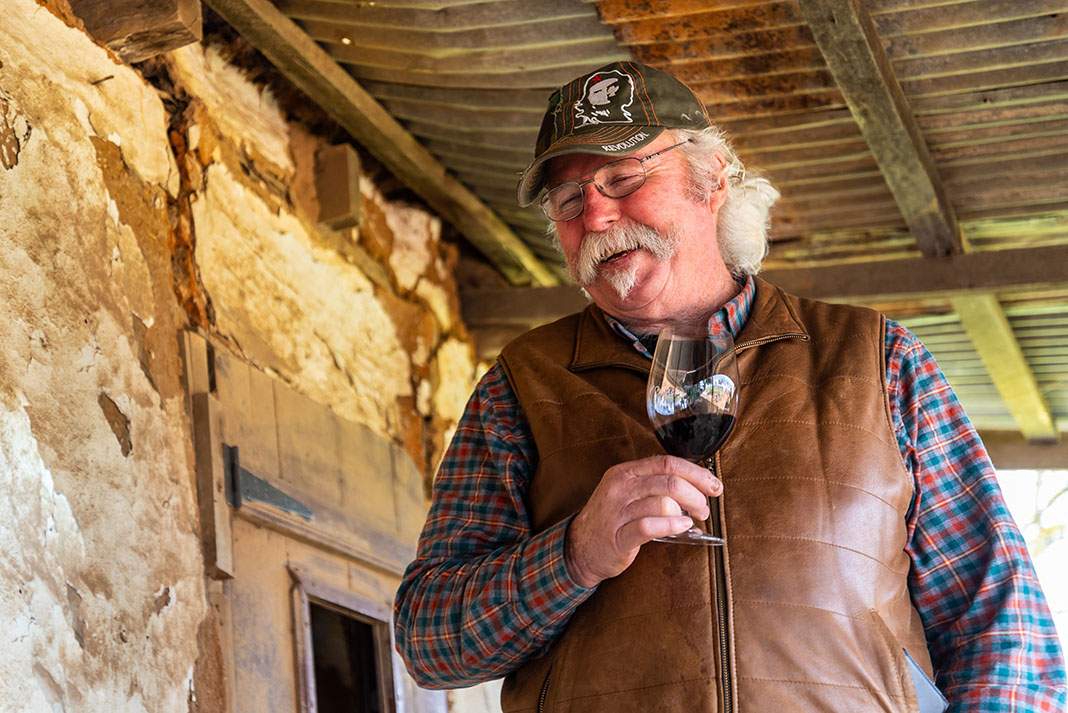 Rob attributes its success to “a lot of help and patience, especially from the family.”

Like the man himself, Gibsons is committed to honest, authentic and “fiercely local” wines that reflect Barossa terroir.

“I was driven by a confidence that I knew something special (about winegrowing) and I really wanted to show what I could do,” Gibbo says.

“We started with 167 cases of Merlot in 1996 and basically doubled our production every year from there.”

While the signature Dirtman Barossa Shiraz accounts for over half of production, Gibbo remains devoted to innovating.

His foray into Mediterranean wine styles is both strategic and experimental, in the belief they can “stand up” against increasingly dry conditions.

“Stylistically, I anticipate these will be great Shiraz blenders and help mitigate the impact of climate change on Barossa wine styles.”

Whatever his legacy, ultimately Gibbo hopes he won’t be remembered as a conformist.

“I’m pretty typical of winemaking types, just being adventurous with flavours. I can’t be pleased, I’m always looking for something better,” he says.

“I was once accused of being self-styled – it was intended as an insult, but I took it as a real compliment!”