The faint sound of hammering in the hills at Bethany is music to the ears of Andrew Stiller.

Its percussive rhythm has become the sound track to this 41 year old’s life, as he follows his passion for the age-old art of coopering.

Andrew looks across the road to the original Stiller family homestead built back in the late 1840s, with its hand-hewn stones excavated from the hills beyond. The house tells a story of craftsmanship that he greatly respects and admires.

“We’ve been renovating it for a few years now,” he says, explaining how he and Jeremy Zimmermann, a good friend and stonemason by trade, will likely spend another year or so working on the treasured family home.

For Andrew, it has been a labour of love and a show of respect for the birthplace of his ancestors and their lives here in the Valley.

“Zimmy works doing stone work on the property… Then helps us in the cooperage when it’s busy. I have always enjoyed stonework. He’s teaching me the basic skills of stonemasonry that I should have learned from the start and I’m teaching him in the cooperage, so we are sort of swapping trades in a way.”

Andrew, who is the sixth generation, together with wife, Brooke and their daughters, Maddison, Billie and Summer, hope to move into the house later in the year as they add their own unique chapter to the estate’s already lengthy history.

“... I did a week's work experience at The Keg Factory and loved it - it just felt so natural.” 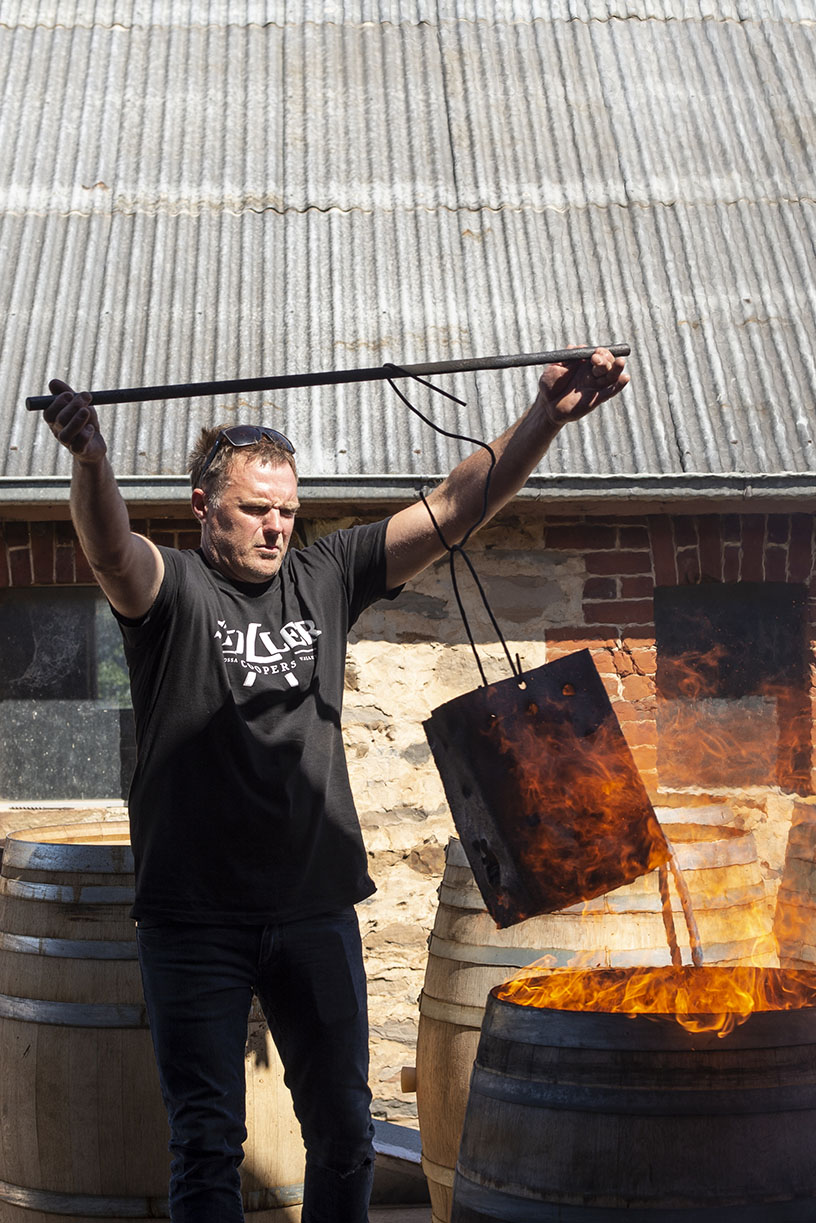 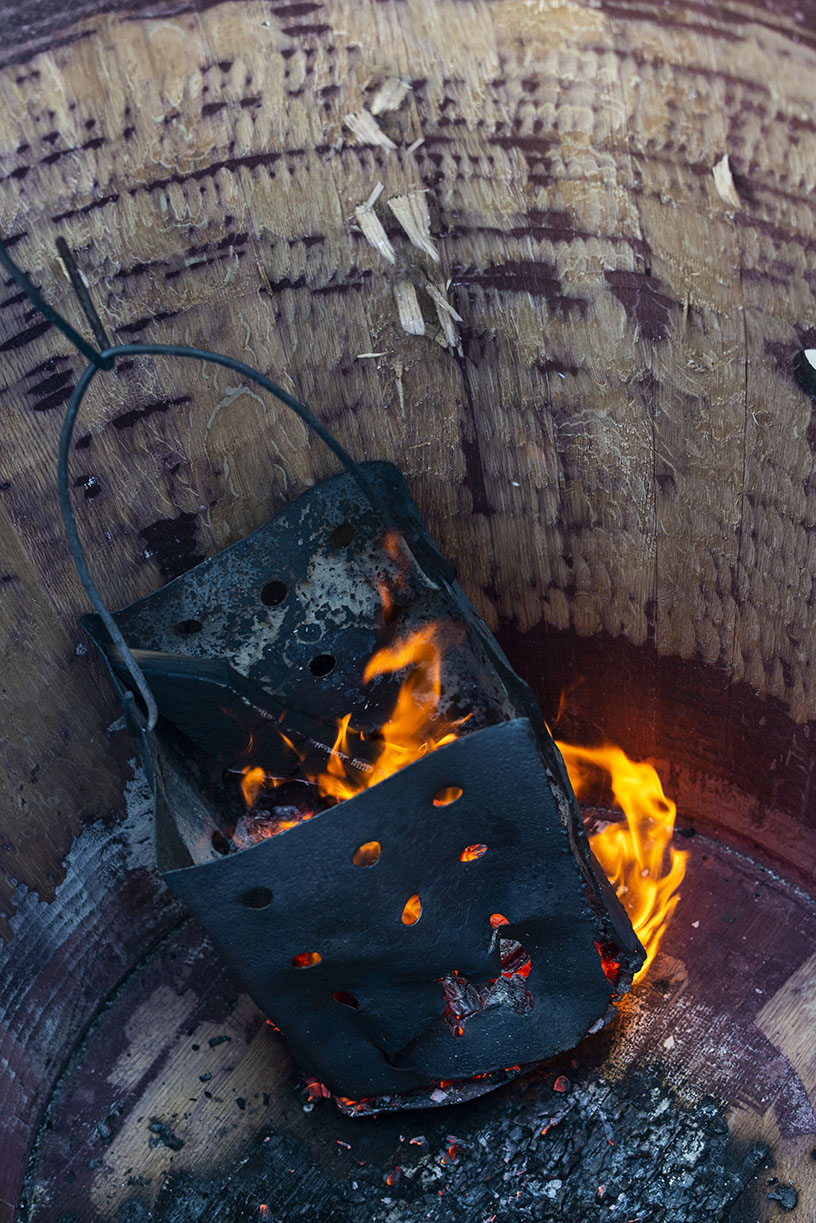 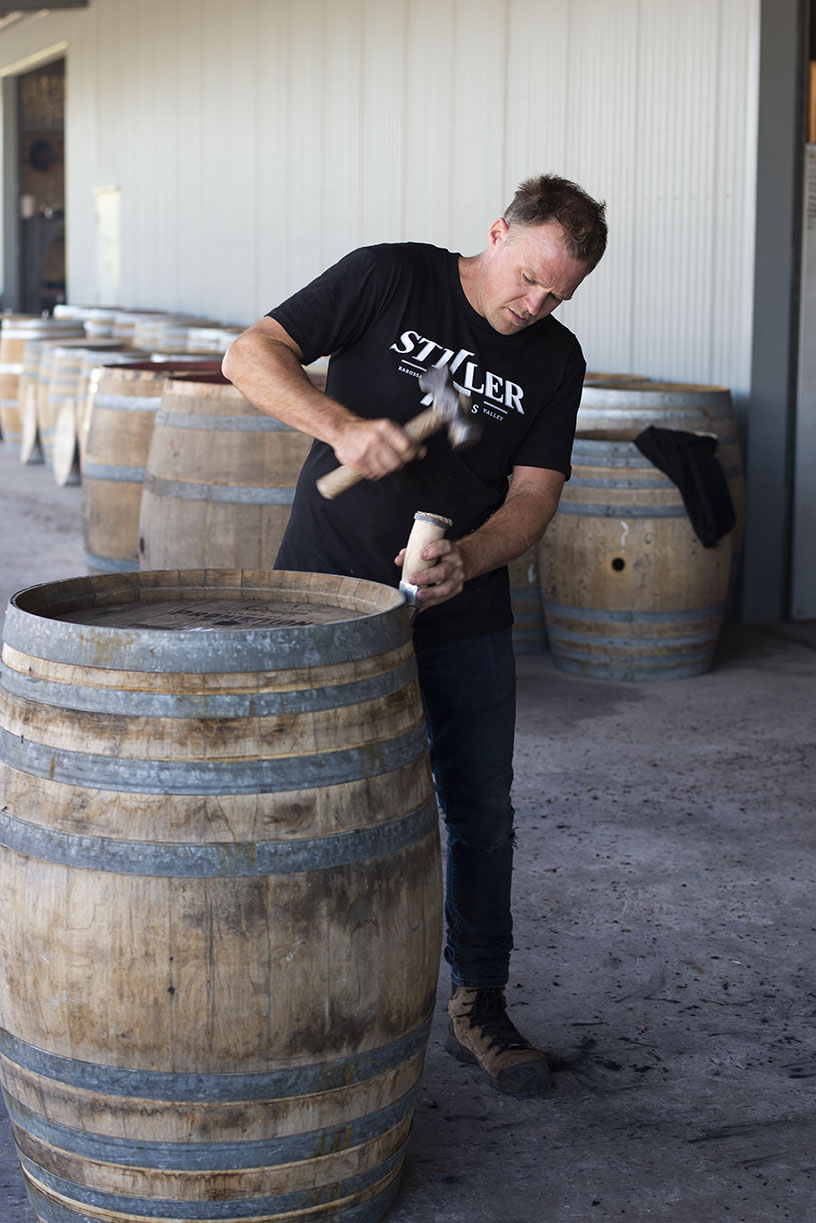 The 400 acre Stiller property which runs back across the range and around Mengler’s Hill has served the generations well, with Andrew growing up watching his parents and grandparents tend the land.

Once home to a dairy, it’s grown almonds, fruit trees, vineyards and even housed a piggery and smokehouse when Andrew’s grandparents, Frank and Anita were custodians.

“Papa had bees too and not in a small way, we are talking hundreds of hives.”

With memories of home baked honey biscuits and kuchen, Andrew tells of an idyllic childhood where his neighbours were family and the lifestyle was about being self-sufficient and making a living off the land.

“When I was younger, the only thing I saw them source was flour and basically everything else came off the property. They grew all their own vegies and fruit trees – everything was preserved.

“Jam, dilled cucumbers… I grew up on some good tucker!”

With the following generation, Adrian and Erica, a small transport company evolved on the property.

“Dad had trucks. He loved being in the workshop, doing mechanical work, engineering and steelwork – that was his thing.” says Andrew.

It was Andrew’s dad that recognised the abundance of energy which needed to be tamed in his youngest child.

“He said you’re too hyperactive to be a truck driver! I had a lot of energy to burn,” laughs Andrew.

“We all knew at a young age that I wasn’t interested in academics….I was a little dyslexic and struggled with the traditional concepts of schooling – I just didn’t take to it.

“At the age of 14, I probably didn’t even know what a cooper was! It wasn’t something in our family or blood.

We had the farming land and did tree lopping, firewood and all that side of it. I had a real interest in timber and I was picking up firewood from 10 years old up in the hills with my papa and dad.”

Andrew’s parents demanded he get a trade before he was allowed to leave school and a job as an apprentice cooper caught his attention.

“It was a physical job and I had energy to burn. It was as simple as that!” Andrew explains.

“Papa took me to a couple of coopering interviews, I didn’t get that particular apprenticeship, but it sparked an interest for me. I got some kegs and mucked around in the shed at home.

“Then I did a week’s work experience at The Keg Factory and loved it – it just felt so natural. I liked the way they did things, massive variety with all sorts of coopering, working with old port barrels, kegs and wineries. There was a lot to learn, and they were great people to work for. After a month or two, they offered me an apprenticeship.”

Andrew completed his four years of training and continued for another four.

“I left when I was 23 and started my own business.”

He worked day and night, helped his parents with the property, even ran a marquee business on the side whilst he built
a solid reputation as a skilled cooper.

It was a proud day when he began training his own apprentices.

“There are now five valued staff which bring it all together each day,” says Andrew.

The family business also crafts some of the Barossa’s finest solid furniture, including tables from character filled timbers sourced from the Stiller property and beautiful reclaimed timbers Andrew continues to collect and store for such projects, allowing him to fulfil an artistic bent he and Brooke share.

“It’s a bit of an addiction,” says Andrew.

But whilst he is proud of his story so far and the knowledge he has gained in his trade, Andrew’s focus isn’t necessarily on the physical growth of his business.

For Andrew, it’s always been about seeking to improve and maintaining “an important blend of evolution and tradition” which ensures the preservation of his family’s legacy on this patch of Barossa soil for generations to come.

“There is a great feeling of responsibility to protect it,” says Andrew.

Yet he is content with what he says is an uncomplicated, minimalistic approach to life and business.

Sure, like everyone, there’s the constant battle to maintain a work life balance, but Andrew reckons he’s doing “slightly better” at that with three young daughters under the age of five in the mix.

“We go fishing. That’s our downtime.”

However, it’s mostly all action for Andrew. Whether it’s building stonewalls or stoking fires in the cooperage, he admits to being  “very sentimental”, a perfectionist and even a bit competitive at times which isn’t a bad thing, especially when it comes to dilling cucumbers.

“We have started holding “dill offs” (dill cucumber tasting competitions) with my Kalleske and Nietschke cousins,” he cheeks.

“It gets very competitive!”

Andrew and Brooke are returning to the food traditions of his grandparent’s era by growing their own vegetables where they can, and killing their own meat.

“It’s good to live off whole foods and not all the processed stuff,” he says.

“Don’t get me wrong, I’m no greeny or anything! But I like to learn and do what I can. It’s about having pride in what you have, being humane and knowing exactly what you are eating.”

And the future for Stiller soil?

“Our girls are seventh generation here which feels really special. Whatever they decide to do in life, whatever their passion is, I’m sure they’ll do it well.”