Krondorf - a destination of discovery

Krondorf - a destination of discovery

The heritage of Krondorf shines a light on how the residents of the village live and work today.

With strong cultural traditions of collaboration and community involvement, it comes as no surprise that the seven cellar doors who call Krondorf home host one another for regular famils and meetings, to share information, offer advice and support, and of course enjoy a glass of wine or two!

“The Krondorf Road Cellar Door group began meeting around two years ago and since then we have worked together on a number of projects including a “Ready Reckoner” for the village’s Cellar Doors, a micro-website with plenty of information for guests, and the beautiful Krondorf Map,” explains Jess Greatwich of Krondorf Creek Farm.

“I’m really proud of the work that we’ve put into the Map – it’s distinctive and special and a really beautiful reflection of the collaborative ethos of Krondorf.”

Printed locally by The Leader, the Krondorf Map is a unique collateral piece, featuring original artworks of the village’ seven Cellar Doors, and is only ever available within Krondorf, passed from the hands of a Cellar Door host to a guest so that they can continue their wine journey.

“It was important to us that the Map reflected our commitment to generous hospitality, and a personal welcome to all our guests.

“It doesn’t sit anonymously on a shelf somewhere – it gets passed from our hands to the hands of our guests”, explains Jess.

Local artist, Neil Trenberth was commissioned to paint the Cellar Door buildings of Krondorf, which creates a cohesive aesthetic and helps anchor the reader in the landscape of the village. This is not about brands.

This is about the promise of place. 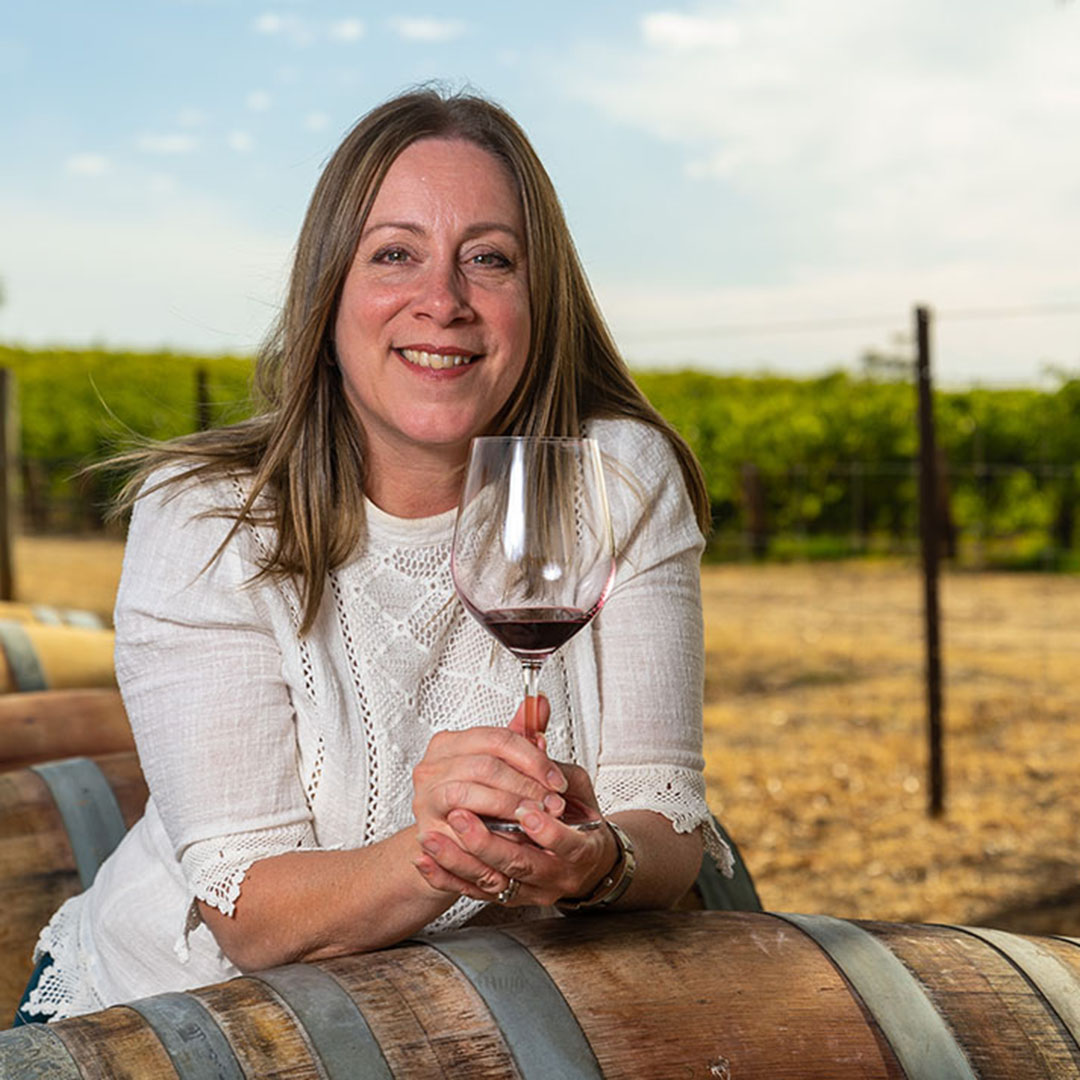 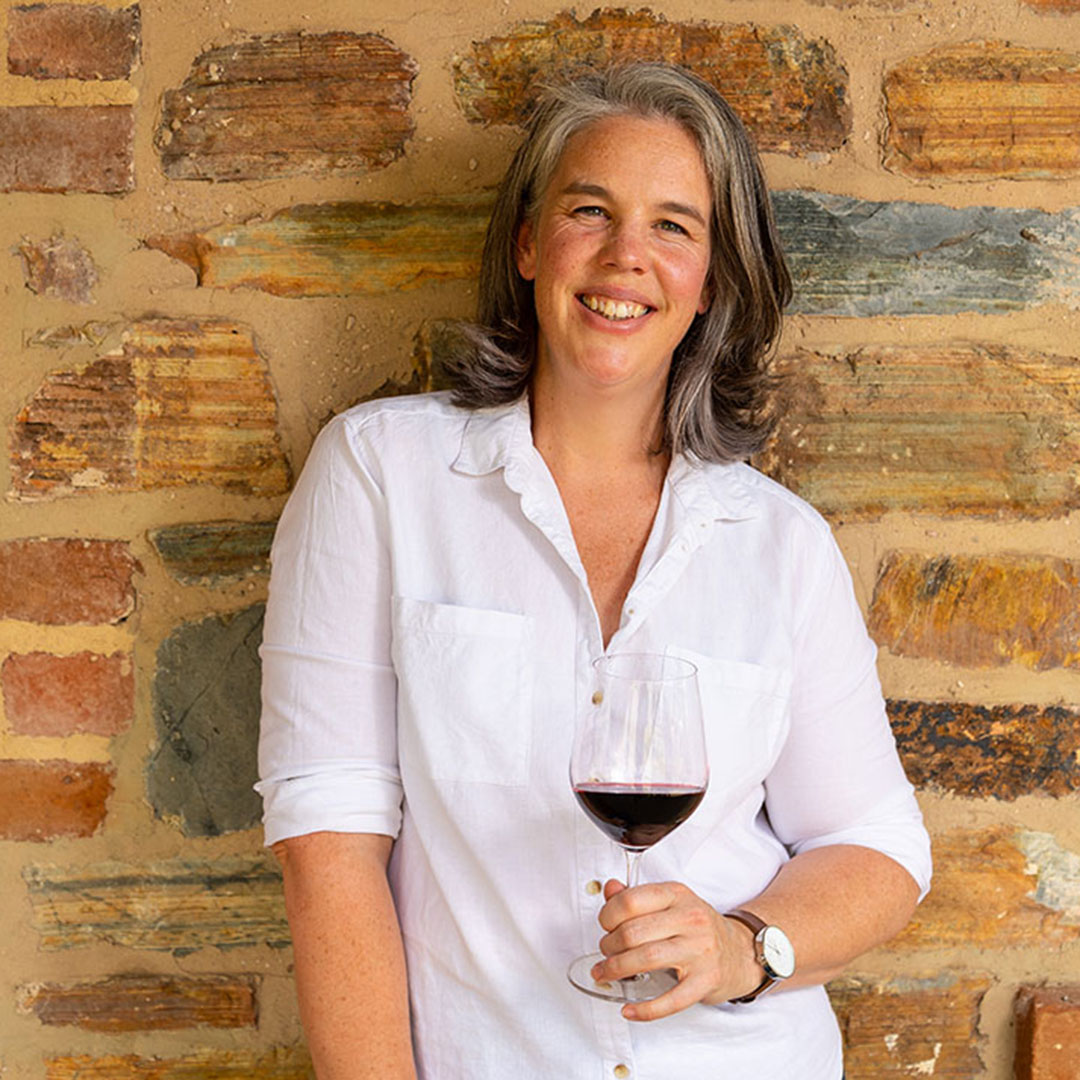 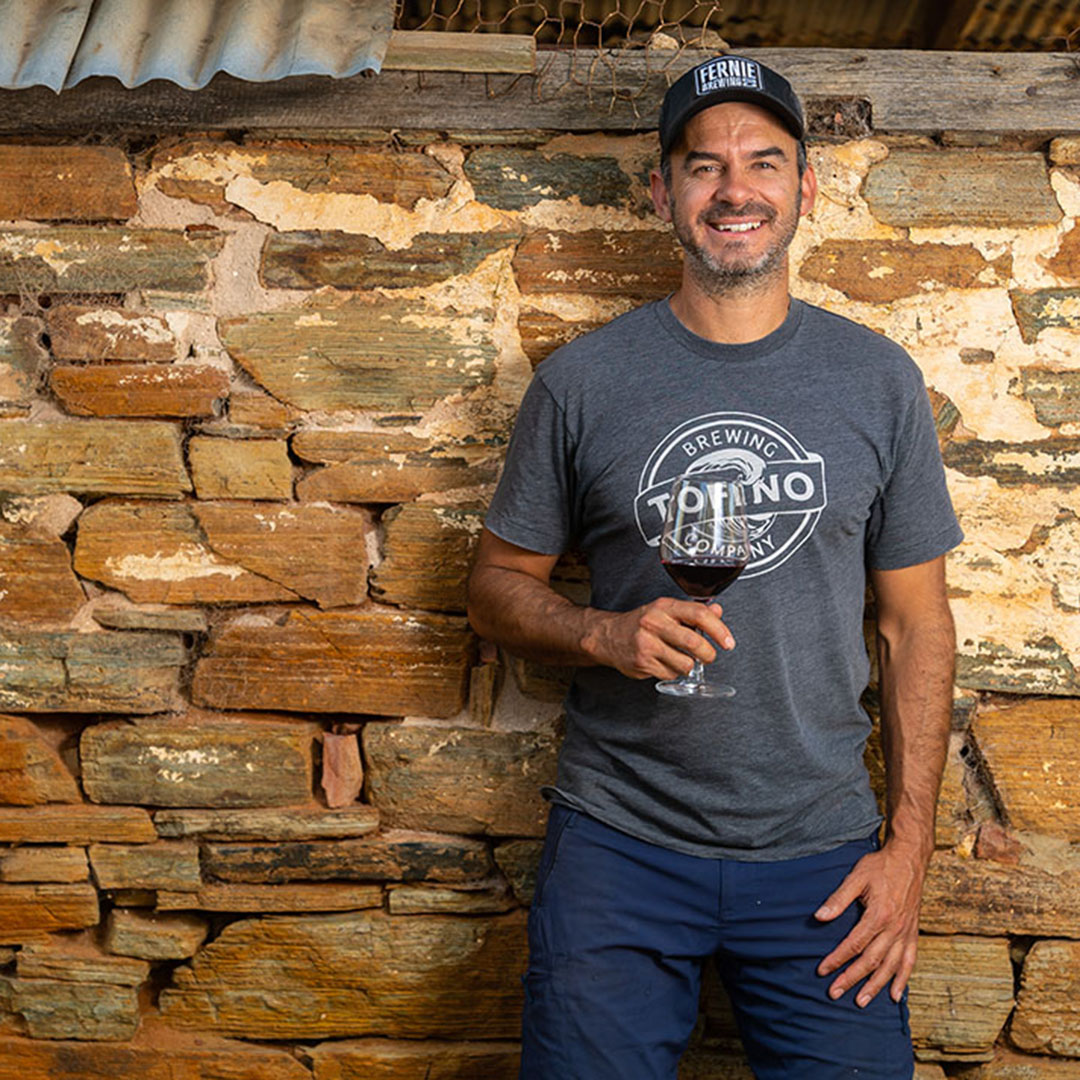 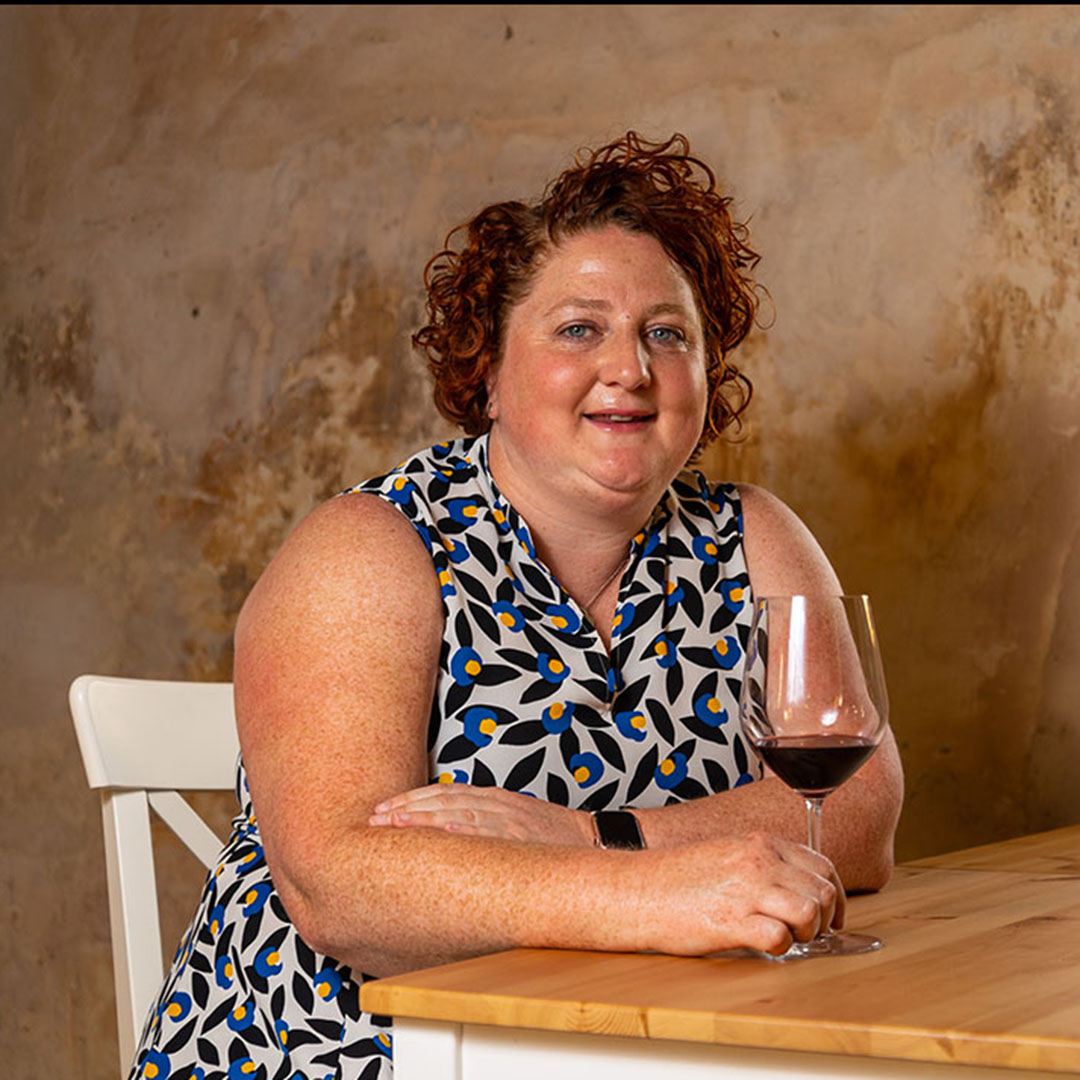 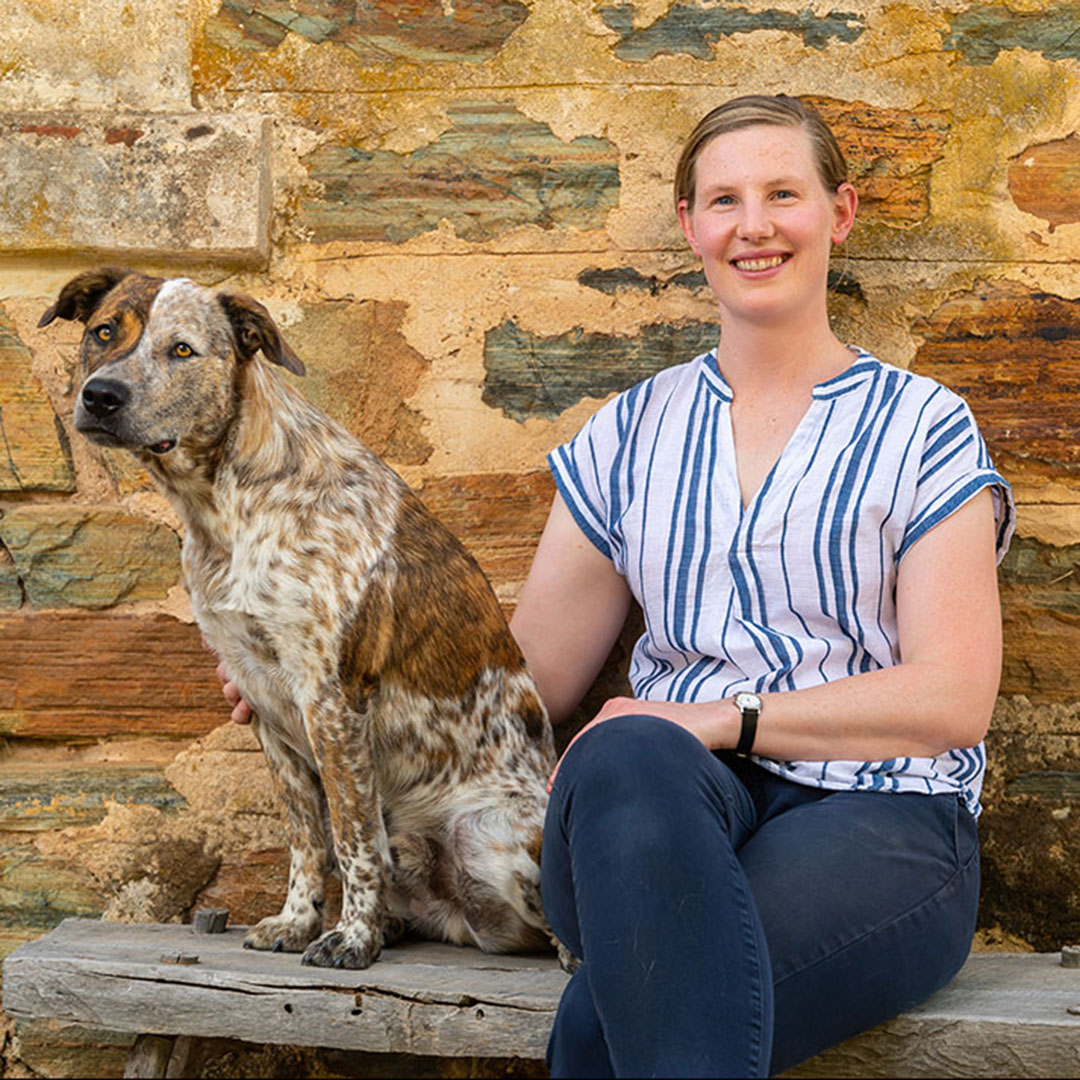 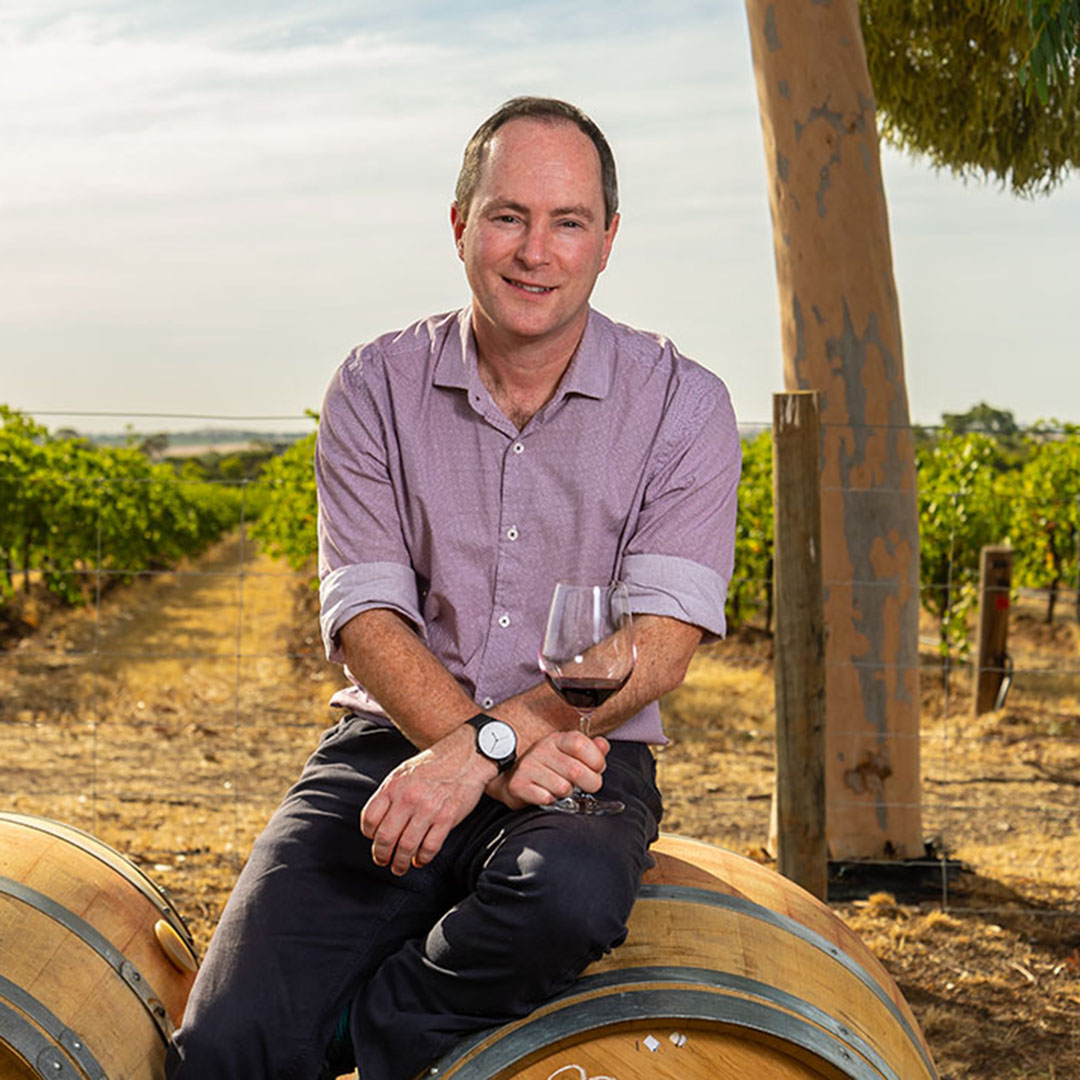 Beyond this deep sense of connection with the landscape, having a strong understanding of one another’s wines, winemaking practices, viticultural management and Cellar Door environment is critically important, says Brett Grocke of Eperosa Wines, a sixth generation Krondorf vigneron and the current James Halliday Winemaker of the Year.

“It means we can make relevant and helpful recommendations to our guests on where to continue their Krondorf journey.

“We always make sure they know who they’re going to be greeted by at the next stop along the road,” says Brett.

“It also helps visitors understand that they can easily spend the whole day exploring Krondorf,” adds Reuben Trinchini of Moorooroo Park Vineyards. “We say start at the top and work your way down!”

There is a palpable sense of community here. Of diverse businesses working together for a greater good, and having fun doing it.

“We feel keenly fortunate to be custodians of this small piece of land in this very special village”, says Jess Greatwich.

“We genuinely believe that when people understand why something is rare and important, they become advocates for it, and protectors as well.

“I want everyone who leaves our Cellar Door to understand that the village of Krondorf is precious and rare – and a fantastic place to spend a day exploring wines with a connection to this land. It’s pure magic.”

Since arriving on Krondorf Road in 1974, Charlie Melton has been part of the Barossa wine landscape.

After many years at Krondorf Winery, Saltram and Peter Lehmann Wines, learning his craft under Peter and Chief winemaker, Andrew Wigan, the first Charles Melton vintage of 1984 started a connection with Krondorf village that continues.

Part of a group of like minded winemakers that saw long term strength in the Barossa brand, he was joined by Virginia in 1984 and they became part of the formative group that ensured the integrity and uniqueness of Krondorf was retained through protective land purchases and old vine vineyard retention.

The Krondorf ethos has been strengthened by both the shared vision of its residents, old and new, and the acclaimed quality of its wines.

The larger story of the Barossa’s European history is writ small – and beautifully – in the village of Krondorf.

The land that today we call the Barossa has, since the dawn of time, been the spiritual and physical home of the Peramangk, Ngadjuri and Kaurna people.

Australia’s First Nations people represent the oldest, continual, surviving culture on Earth and their story is inextricable from the broader narrative of the Barossa.

At the time of European settlement in the Barossa, the First Nations populations had been decimated by introduced diseases such as smallpox, which led to a fragmentation of their traditional ways of life and a disconnection from their traditional lands.

One consequence of this is the limited records of interactions between the First Nations people and the early European settlers.

Another consequence of this fragmentation was a loss of traditional language.

It meant that as the Barossa was settled by Europeans, villages, landmarks and rivers were named by German speaking migrants.

This is the case in Krondorf, which sits at the base of the Kaiser Stuhl – or “King’s Seat.”

So-named because it is one of the highest peaks in the Barossa, the language connection extends to Krondorf which translates as “The Crown Village.” The Crown at the base of the Throne.

The first recorded European birth in Krondorf was in 1844, and the foundation of this European settlement in the Barossa is well known: large family groups of passionately devoted Lutherans from Silesia left their homelands to seek religious and cultural freedom in the newly established colony of South Australia.

Led by the scholarly Pastor August Kavel, they were assisted in their passage by George Fife Angas, and a good number of those early families made their new homes in Krondorf.

They established their village in the traditional ‘hufendorf’ style, where long, narrow blocks of land were aligned to intersect both the creek lines and the single road, ensuring that all the new settlers had equal access to the essential resources that would ensure the survival of their farms, and their families.

Today, many elements of this pioneering past can still be explored in Krondorf.

Standing under the towering gums at Krondorf Creek Farm’s Cellar Door it is easy to imagine this property as a bustling, thriving mixed farming property in the 1870s with a dairy, butchery and fields of rustling wheat.

The beautiful, paved courtyard at Rockford Wines was once the centre of the original Tschirpig family homestead and farm; the solid, enduring stone buildings are testament to the ingenuity and determination of those early builders.

Similarly, the carefully tended village cemetery is a reflective and historically important destination.

Some of the earliest European gravestones in the Barossa are found here – recorded in the original Deutsch, with carefully carved religious motifs – and the “Tschirpig rose” which has been classified as a National Treasure by the Heritage Rose Register of Australia.

Today, guests can explore the seven Cellar Doors of this heritage wine village, experience the genuine warmth of traditional Barossa hospitality, meet the winemakers, grape growers, farmers and families who make up this winemaking community, and discover their own personal connection to the heritage wine village of Krondorf.