Isaac Semmler’s passion has gained an audience with the world, foretelling a promising career.

Doodle art has always been an artistic inspiration of Isaac’s which formed into a practical interest that was encouraged by his parents.

Though, it wasn’t until 2018, when his art caught the eye of two high school teachers that he began taking his talent seriously.

Doodle art is an art form, inspired by the notion of spontaneous drawing when bored or distracted.

Combined with careful planning, doodle art captures the uncertainty and imaginative nature of this and boosts it when artists pre-meditate this art style.

The subject matter is also limitless, consisting of almost anything, objects, characters, lines and words to name a few.

With the 2018 Nuriootpa High School’s annual Nurihannam Wines label competition approaching, Isaac was encouraged by his teachers to enter.

Not only did Isaac win the competition and have his label design featured on the 2018 Nurihannam vintage, he was also asked to design the Nuriootpa High School year book cover that same year.

“It was only since then that I really felt creative,” Isaac says. “I never really took it seriously until then.”

The recognition Isaac received in 2018 fuelled his passion and inspired him to dedicate his tertiary education on improving his art and knowledge of the industry.

“I had quite a bit of positive feedback,” Isaac says.

“But I’ve really improved a lot in the past year and never thought I could get as far as I have now by just putting in consistent effort.”

After studying digital imagery and design at high school, Isaac went on to Adelaide University, where he is currently attending his second year of a Bachelor of Media majoring in visual design. There, Isaac found further inspiration to better himself.

“I figured, if I’m going down this path, I better pay attention and equip myself with the skills I need.”

Although predominantly a graphic/vector-based course, Isaac has found it assistive to his art and learnt to integrate his work into the digital world, whilst remaining strictly hand-drawn.

Along with increasing his inspiration, and developing the practical elements of his art, University has helped Isaac understand the law and policies surrounding the industry. 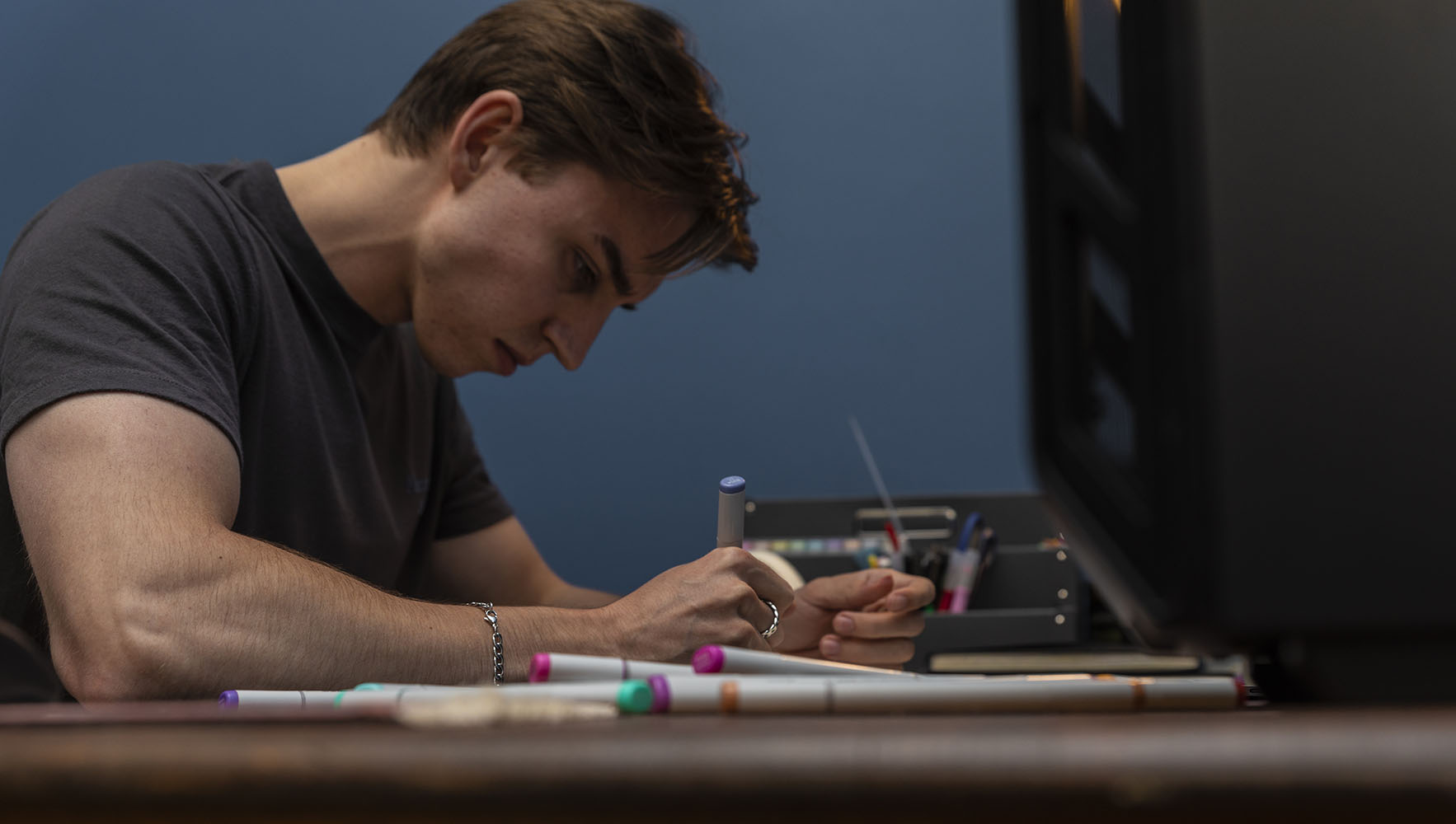 After witnessing the success of others on social media, Isaac established an Instagram account under the name Zaxson_art, dedicated to marketing his work.

After accumulating a successive following, Isaac posted a piece of fan-art he had doodled for a Michigan Jewellery company, never imagining that he might receive recognition for his work.

The company later contacted Isaac for permission to make a poster to showcase on their online US shop.

“I was pretty proud of that,” Isaac smiles.

Though reluctant to boast, Isaac eventually explains how a couple of other guys in the US approached him to design a 90’s inspired capsule image for their vintage clothing company in New York.

Through social media, Isaac continues to receive commissions for all types of requests.

“I never thought I could get as far as I have now by just putting in consistent effort.”

“I was a little intimidated by drawing on shoes and bottles,” Isaac admits. “But once I get started, it all comes together.”

Like many fellow artists, Isaac believes that he has not yet reached his full potential and may not ever.

While Isaac’s ideas have developed significantly in the last year, he understands the importance of remaining open to all format and design requests to assist his development as a designer and artist.

In addition to his efforts of obtaining further international recognition, Isaac is quite fond of the idea of remaining local and acquiring work within his community.

“I haven’t done a lot in the community yet, but I’d really like to get myself out there and known within the Barossa,” Isaac says.

“Like drawing on coffee cups for local cafés, or even returning to previous styles like wine labels. To have my creations recognised within the community is something I have always wanted.” 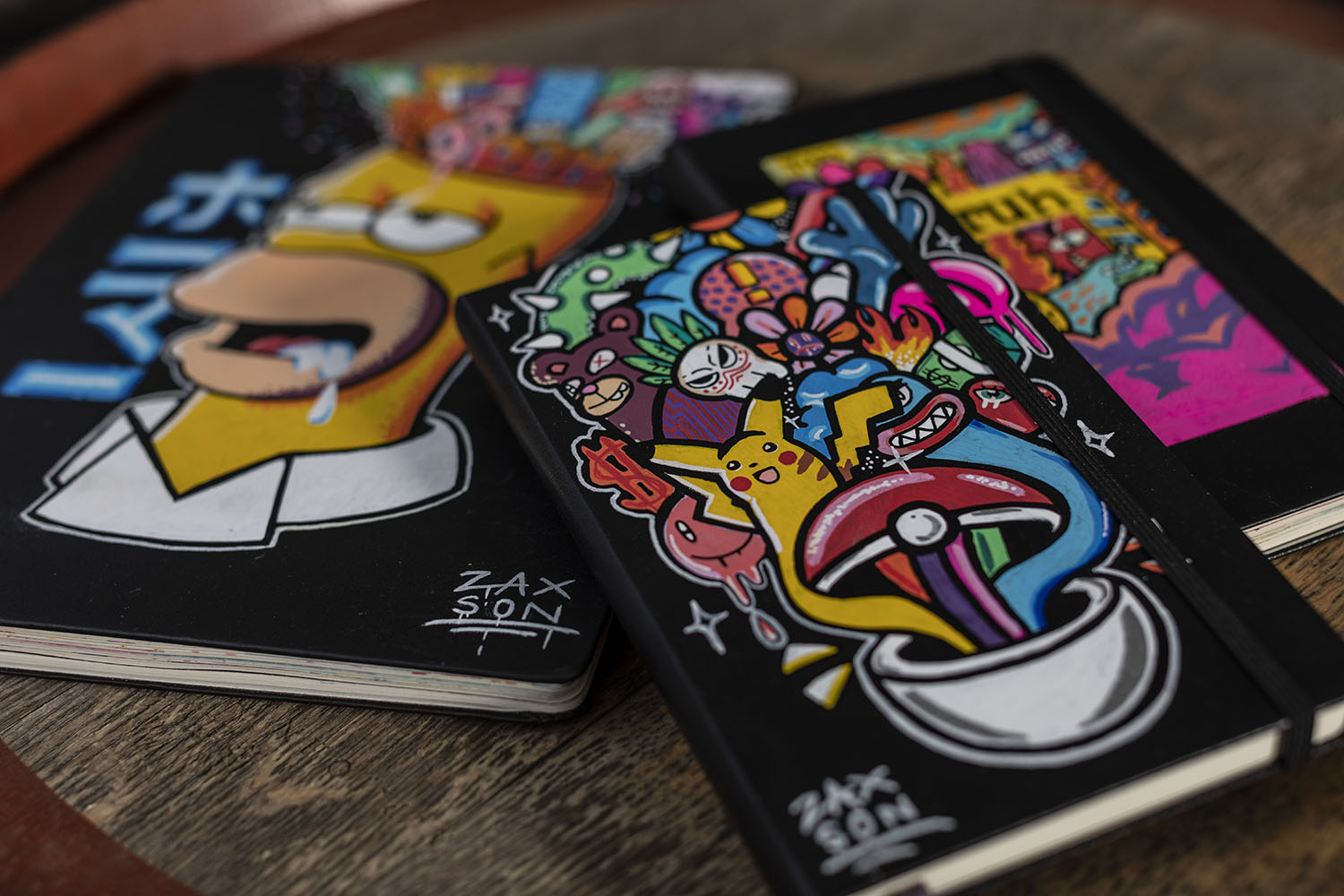 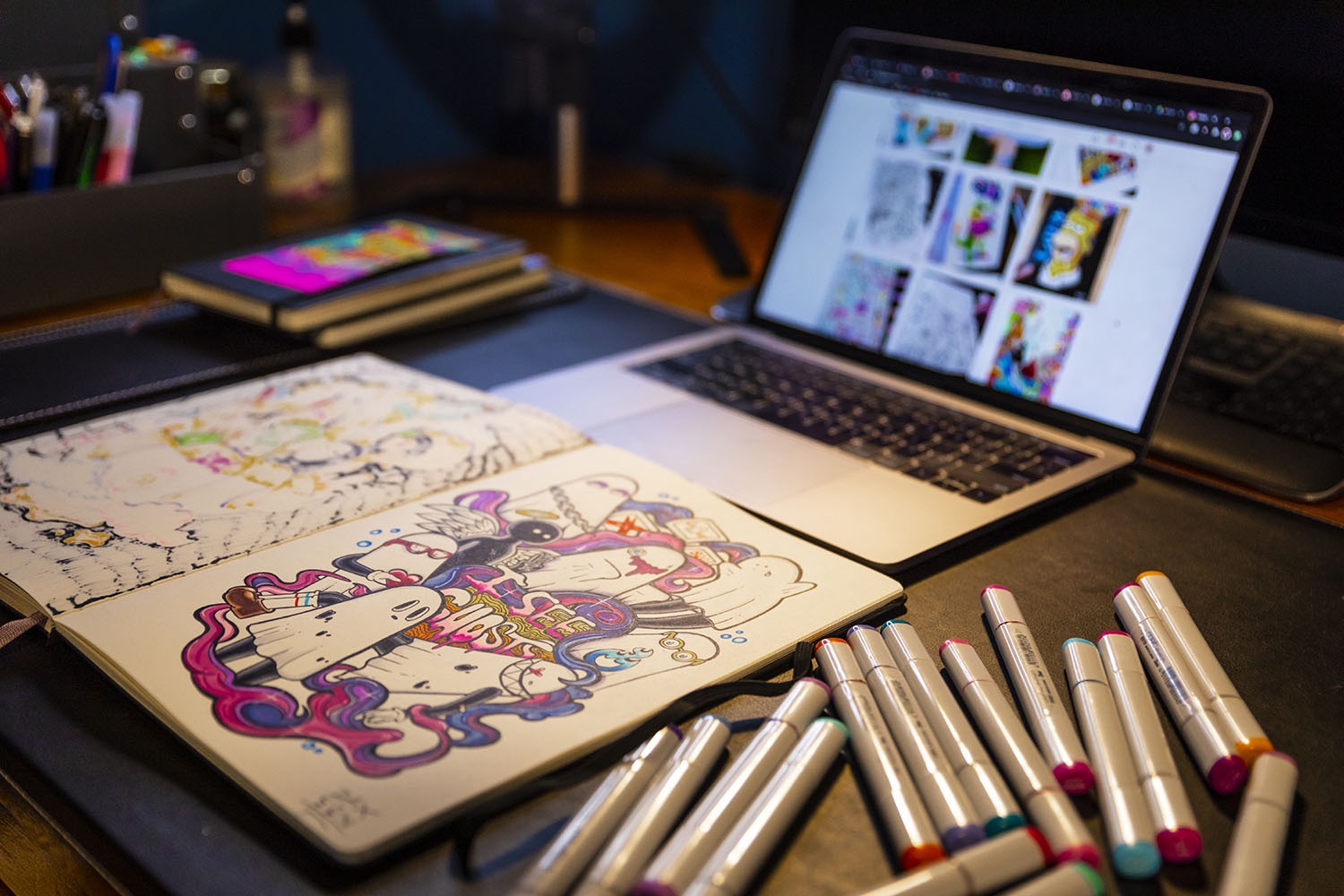 Although many design students relocate for work, Isaac has seen many artists succeed through social media and perceives unlimited potential with a global audience whilst remaining within the Barossa Valley.

Isaac wishes to encourage any inspiring artist, or even those whom enjoy drawing but have never pursued it.

“It really is a skill that is possible for anyone,” Isaac assures.

“I grew up feeling like I had a capped potential, but have learnt that I can go past that by putting in the consistent effort.

“If you’re really passionate about something, you can get to any level. And if it never becomes a full time career, it would become a great side passion, or additional income.

Examples of Isaac’s work are featured on his social media. He encourages anyone interested in his services to contact him directly. 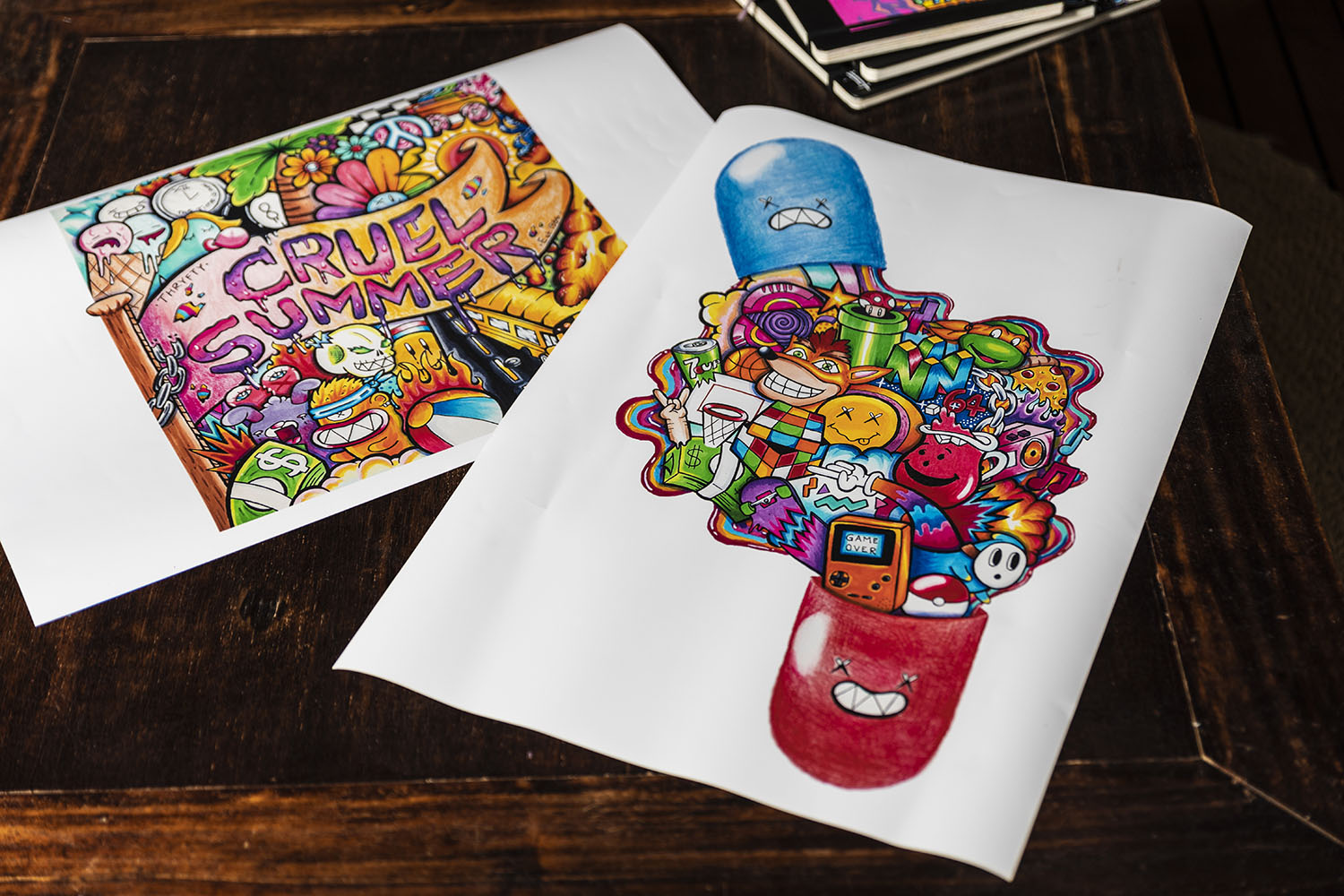 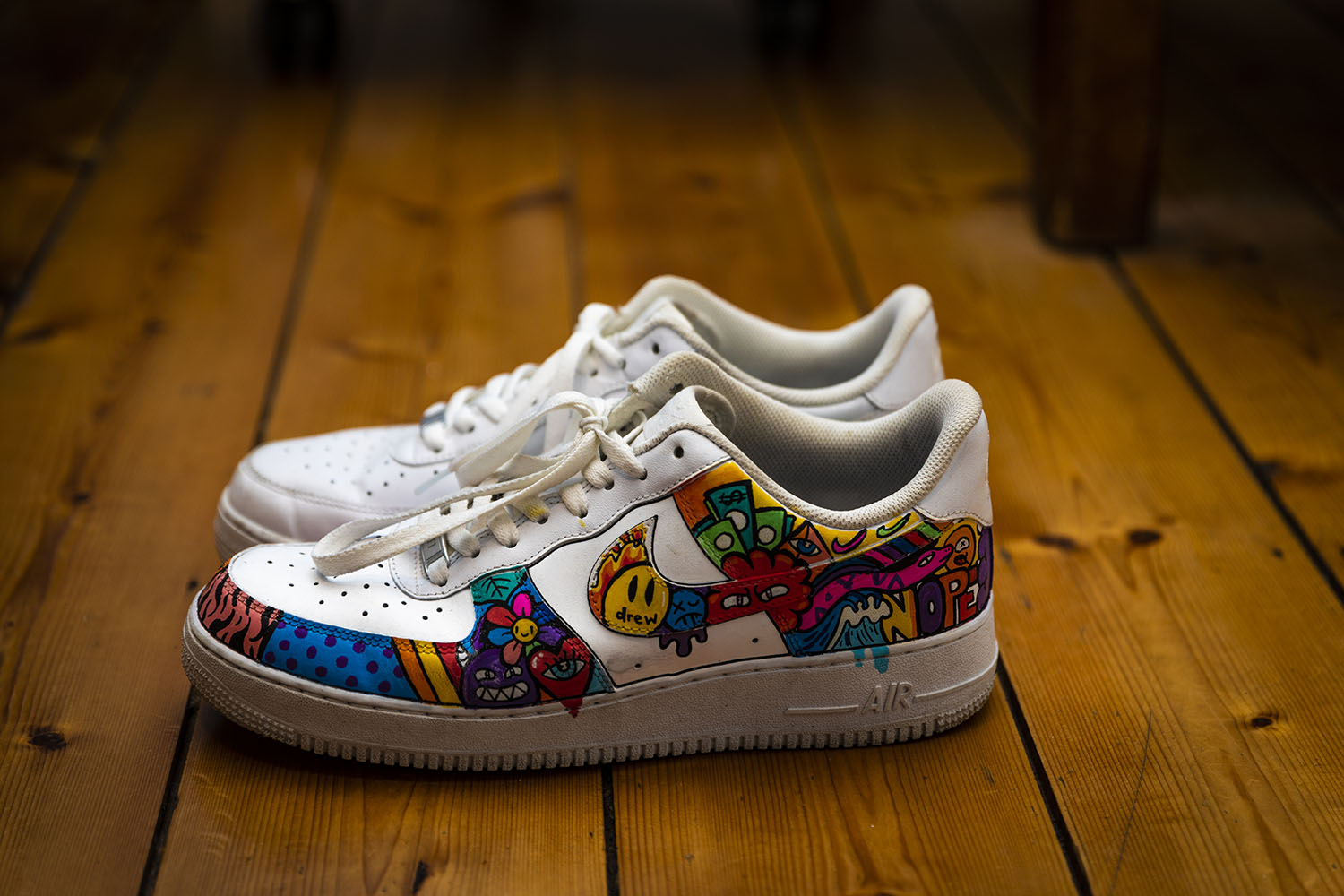