The sweet life for Winni

Patissier, Winni Wong is fulfilling her dream to
“eat what you love, love what you eat.”

A devotee of French patisserie, Winni Wong is living la dolce vita with gluten-free desserts as delicious as they are exquisite.

Her contemporary, seasonal desserts are characterised by their intricacy and attention to detail, the execution as important to Winni as the flavour.

And while the modest patissier insists pastry is “a science”, her handcrafted creations can only be described as works of art.

Winni not only reinvents classic desserts, she also gives them a realistic representation; strawberry gateaux might be a luscious berry, citrus meringue tart a vivid yellow lemon.

It’s been two years since Winni took the plunge and left corporate accounting to launch her business, Mirror Mirror Patisserie – wordplay on the mirror glaze that gives her desserts a shiny lustre.

A self-confessed “fan of dark chocolate”, Winni is also an emerging chocolatier, winning a gold medal in her first South Australian professional competition in September to complement gold in the professional baking class.

A regular stallholder at the Barossa Farmer’s Market, Winni is also expanding her market share, launching a complementary dessert bar for high-end events and special occasions.

“I think baking is the thing I do to relax, I have no stress at all when I do my cooking. I don’t have to think, I just do it.”

With a natural flair and finesse for her craft, it seems improbable that just a few years ago Winni had never even used an oven.

“I was born and grew up in Hong Kong; because of the tiny apartments and small kitchens it was not common to have an oven and do baking at home,” Winni explains.

“When I was doing patisserie at TAFE, that was the first time I used an oven to bake – before that I had no experience.”

What she did have was a childhood dream.

“When I was little I always wanted to have a bakery but when I grew up I ended up doing an accounting degree,” she says. “I don’t hate accounting, but I prefer to do something relaxing like baking!”

Her decision to champion gluten-free desserts was personal as well as commercial after Winni discovered she had a gluten intolerance.

Stressful conditions triggered her symptoms, with specialists insisting that she remove stressors from her environment.

It was a turning point for Winni, who realised baking was both a joy and an antidote to her medical condition.

“I think baking is the thing I do to relax,” she says. “I have no stress at all when I do my cooking. I don’t have to think, I just do it.”

Winni draws her inspiration from some of the world’s finest French patissiers, Gregory Doyen and Amaury Guichon.

“Amaury Guichon is trending now. He’s 30 years old and one of the best patisserie chefs in the world. He’s very creative,” says Winni.

She has modelled her signature dessert, The Timepiece, on Guichon’s famed Coffee Clock, a multi-sensory masterpiece.

“That one was a bit time-consuming, like triple the time compared to other ones,” laughs Winni.

“I planned to finish the assembly of the chocolate decoration in two hours but ended up spending the whole day. Perhaps next time I should get more professional equipment!

“But I enjoyed it because I love the detail of the cakes with the chocolate wheels on top.”

Her patience was rewarded, the limited-edition Father’s Day dessert selling out at the Farmers Market within the hour.

Winni is also changing perceptions around gluten free baking, and the results speak for themselves.

“I do a lot of experimentation, I even make my own tart shell.

“I try to change the recipe, add five more grams of egg yolk or butter or sugar until the texture and taste is what I like,” Winni says.

“This year I entered my tart at the Royal Adelaide Show (Individual Modern Tart Class) and I’m very happy that we got second place – I think that proves gluten free can be as good as non-gluten free.”

While her customers are loyal and her sales steady, Winni recognises she has a particularly niche market – “it’s too early to have cake for breakfast at the Market!” – which has been the catalyst for her new enterprise.

A restored 1950s Sunliner caravan will be the home of Mira Dessert Bar, specialising in high teas for special events.

“I would like to expand my business and my brand to more people and I think working with local businesses to do high tea will be a good idea,” Winni says.

“These days we talk about not only providing food and wine to visitors but providing an experience.

“Food and wine together at Mira Dessert Bar will be a good experience I think.” 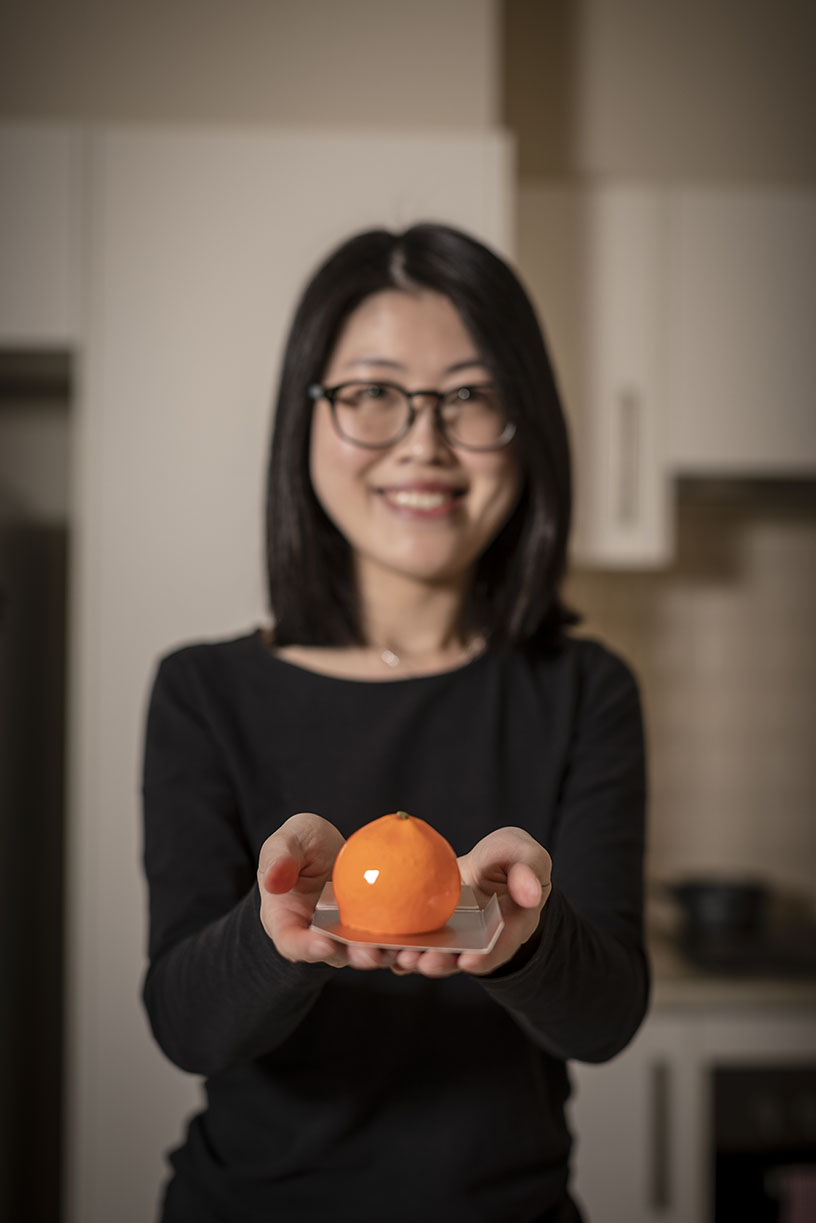