Set in London 1983, Susan Arkshaw is in search of a father she has never met.

With an incomplete list of names, she approaches Frank Thringley for answers, a crime boss whom has sent her a Christmas present each year, though they had never met.

Before she has the opportunity to question him, he is turned to dust at the touch of a hatpin.

The murderer, an attractive young man named Merlin, leads Susan away, advising her of the dangers she would face had she stayed.

A thick, dark fog descends on London and as the sounds of the city fade, Merlin divulges that he is a member of the magical Booksellers, an ancient organisation tasked with policing the old world wherever it intrudes the new world.

The old world is a legendary time existing parallel with ours from which mythical creatures can appear and intrude the modern world.

After an attack leaves Merlin injured, Susan is apprehended by police and encouraged to forget the incident.

Susan intends to attempt a normal life, but as further ancient creatures begin to appear, it becomes apparent that it is in fact Susan the creatures are after.

Susan is swiftly drawn into the world of the Booksellers and set on a desperate hunt for her father to unravel the intentions of the dark forces at work.

Whilst I’m aware of the saying, ‘never judge a book by its cover’, I wanted to enjoy this one from the moment I held it in my hands.

The word LONDON, my favourite city in the world, front and centre, surrounded by faces of frightening creatures emerging from the upper corners of its dark border.

London, mythical creatures and an ancient organisation … Enough said I believe! London is magical after all, a city with discoveries waiting down every alley.

I desperately wanted it to be as good on the inside as it was visually. And it was, mostly …

Garth Nix, an already highly acclaimed Australian author, has successfully captured the essence of London with The Left-Handed Booksellers of London and blended it with a thrilling magical tale that captures the imagination and keeps you hooked.

Though a word of warning, I initially began reading this aloud to my daughter, but quickly stopped after becoming aware of content that may be frightening to a younger audience. I personally enjoyed this myself.

After all, what’s an adventure without a little danger?

This one is for those who have matured with familiar stories of magic and are awaiting their next adventure. 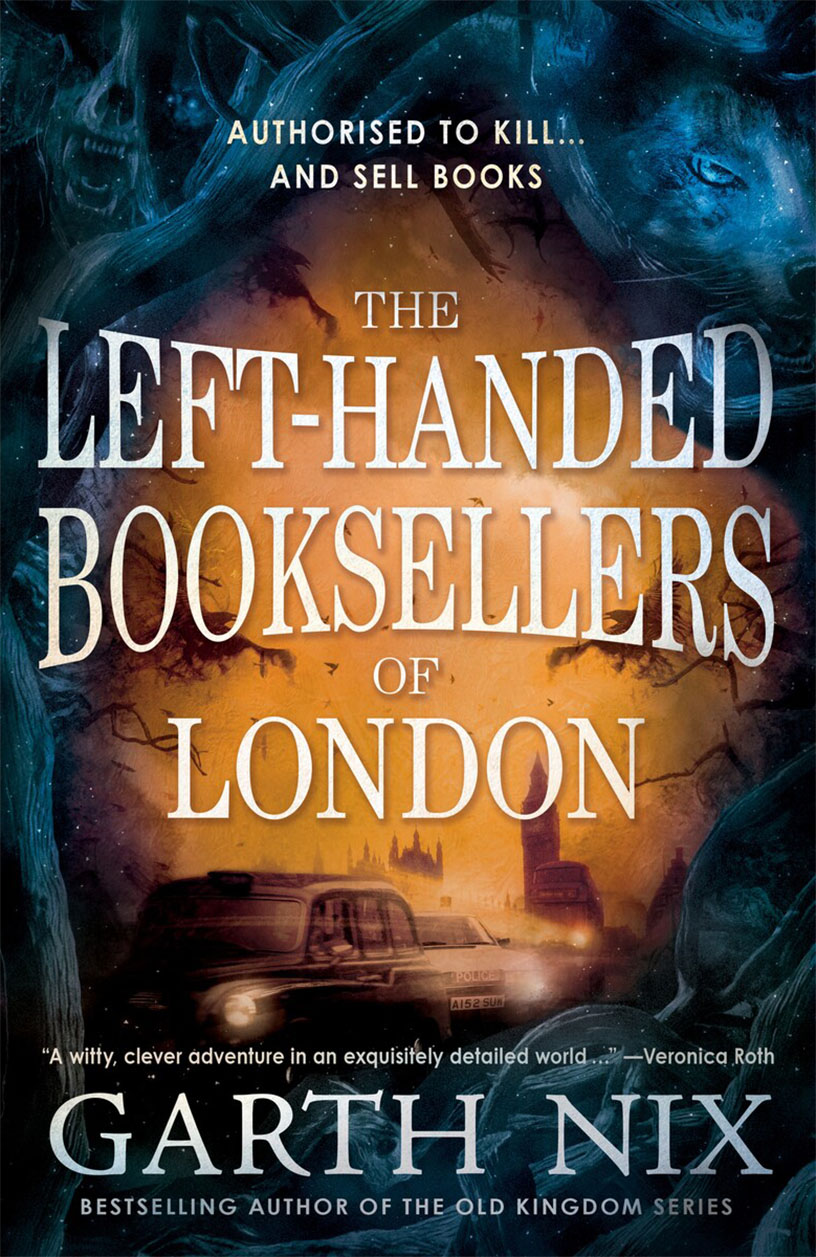