Quality is here to stay

They might be newcomers to the Barossa, but the Calabria family’s winemaking legend has been honed over generations, mirroring the very essence of the community they now proudly join.

Having established a reputation for quality wines from humble beginnings in the Riverina, today that same Italian sense of generosity and love of family is capturing the hearts and minds of locals and tourists alike from their Barossa home at Vine Vale on the outskirts of Tanunda.

The elevated location at the corner of Magnolia and Light Pass Road boasts one of the best sunset views around, overlooking the family’s vineyard of Shiraz and Cabernet Sauvignon.

Here you discover the warm hospitality you’d expect from big-hearted Italians as the Calabria family embraces visitors into the fold and  share their impressive selection of fine quality wines. The family has joined Harvest Kitchen, who are continuing to deliver regional flavoursome food as they have been doing for the past four years.

Patriarch of the family business, Bill Calabria AM tells of how his parents,  Fancesco and Elizabeth migrated from Southern Italy to Australia in search of a better life.

Settling in Griffith, NSW, food and wine was central to their lifestyle and Franceso couldn’t just nip down to the nearest bottle‘o’ for his favourite table wine, so he decided to make his own.

His hobby grew into a commercial enterprise and in 1945 the Calabria name had begun its journey into the Australian wine vernacular.

Bill, the youngest of Francesco and Elizabeth’s nine children, took over the reins of the business back in the seventies. Times were tough and his siblings ventured off into other professions whilst Bill remained at the homestead making premium wines, joined by wife, Lena and the third generation of Calabrias.

“Dad took the winery to another level,” says their youngest son, Andrew who along with brothers, Frank and Michael and sister, Elizabeth, grew up surrounded by the sights and sounds of the winery.

“He was everything – a one man show. He was the salesman, the winemaker, the marketing guy,” Andrew says of his father.

“The family home was the winery!” 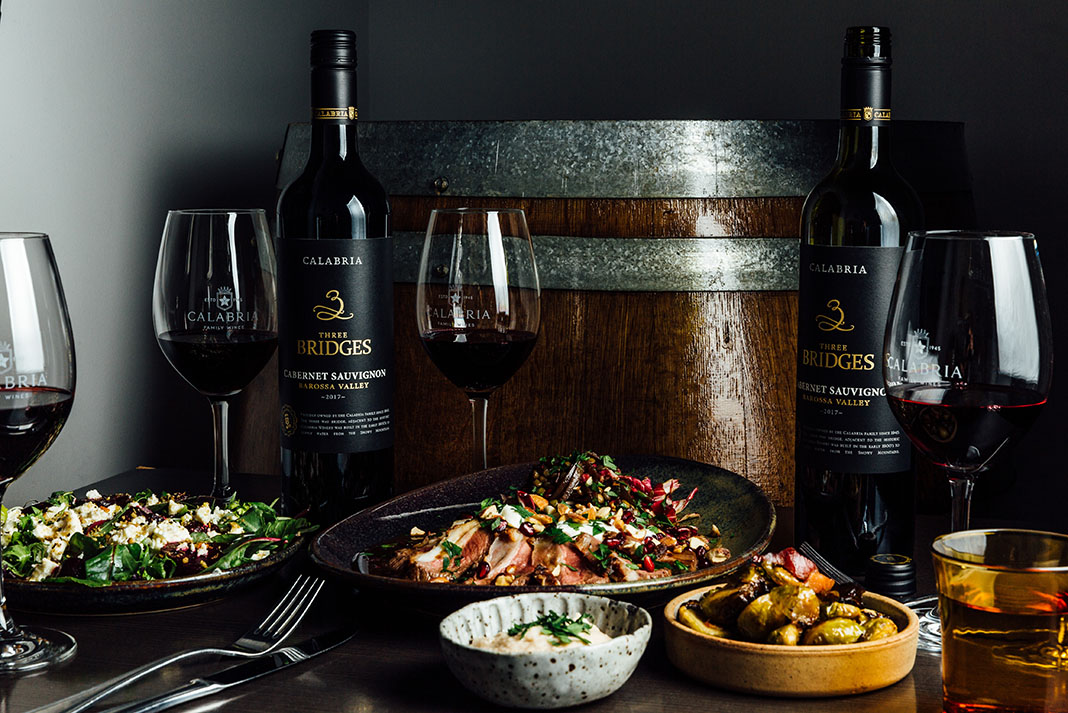 Through the 80s, the wine industry across Australia hit turbulent times, there was the infamous vine pull, “the recession we had to have” and a surplus of wines across the country.

But Bill stuck in there, making the conscious decision to focus on premium quality wines and it paid off.

“Dad got over that hurdle by being innovative, because that’s what he is, and then in the early 90s he sold his first 500 cases of wine to the U.K. – our first export.”

The tide had turned and the Calabria name and its reputation for premium quality wines was the much needed point of differences needed for the Riverina.

“The way he promoted his wines was if he made good quality, that would result in a repeat order.”

The thing about the Barossa that we love is the warmth... The sense of community is really, really strong. There’s tradition, heritage, there’s respect of family. People are happy to share knowledge and for us, it’s reciprocal.

And that’s what happened, his hard work, grit and determination was rewarded.

Nineties were growth years. The winery, which started out as a shed on the five acre home block, would grow to such an extent that the family needed to move to a new house down the road, the homestead transformed into a Cellar Door and Calabria Wines accumulating 200 acres of Riverina vineyard.

With the third generation now also part of the business, Bill was able to achieve his dream of gaining a presence in the Barossa Valley – something he had aspired to since his teenage years.

“I always believed the Barossa was the icon of the Australian wine industry – it really got me,” says Bill.

“I remember when I was about 18, coming to the Barossa and going down Barossa Valley Way and seeing all these beautiful vineyards. I thought gee, wouldn’t I love to have that!”

Decades later, a drive to the Barossa down that same road with Michael and Andrew in tow, would set Bill’s heart aflutter once more.

“There was a for sale sign…I said let’s stop and have a look. We saw these old vines and I fell in love! When I found out that they were planted in 1914, well!”

There was no turning back, Bill was smitten and despite the vineyard being in disrepair, in 2010, when grapegrowers in the Barossa were feeling the pinch, he took on the challenge to restore the property, originally owned by the Hahn family.

“For someone to come in and buy one of the worst vineyards in the area at that time… and when they saw me starting to fix it up, everyone was saying he’s got no idea this bloke!” laughs Bill.

“Everyone thought I should pull them out and start from scratch, but you would never get these hundred year old vines again. Just think of the people who planted them, the vision they had!”

Years of rebuilding the soils and hands on vineyard management by Bill who spent weeks on end away from his family, has resulted in the vines growing the premium fruit he demands.

“It took quite a while and a lot of work but we got there!”

Soon an adjacent property on Samuel Road, also once owned by the Hahn family, was added to the Calabria Family’s holdings.

Bill, Michael and Andrew planted Shiraz and Cabernet and with their Italian heritage, introduced Montepluciano, Nero d’avola and Aglianico.

When the Magnolia Road property, with another 35 acres of vines, became available, Bill and his family instinctively knew it was the perfect fit to solidify their presence in the Barossa.

Bill is humbled yet proud as he looks over the estate, with its freshly refurbished Cellar Door area, water feature and vines as far as the eye can see.

“It’s something you look back and you think it would never be possible!” says the 71 year old.

“If I can contribute and our family can contribute we would like to make the Barossa an even better place because different minds make things very strong and that strength is here. We wanted to find out how to make quality even better. Learn from what they’ve done here but also add on to that.”

Family and their constant quest for premium quality will always be at the heart of Calabria’s vision.

“When you’ve got your name on the bottle, you are not going to put anything in that bottle that you are not proud of because it is your reputation. I think that is why family companies are strong.”

The transition to working with Calabria Family Wines has been effortless and joyous. The new partnership has allowed us to build on our reputation for wonderful mediterranean inspired dishes, with our head chef Jamie Wall developing new dishes which connect to their strong Italian heritage.”

Get in touch with Calabria Wines today

Open 7 Days . Book in for a private tasting for the ultimate experience.