Elderton Wines will celebrate its 40th vintage in 2021, and whilst heartbreak and adversity has stood in the path of the Ashmead family – the family behind the highly successful label – strength of character and unyielding determination to produce premium wine has prevailed.

Walking into the stately Elderton cellar door at Nuriootpa, its sweeping verandah and manicured garden creates a lovely sense of warmth that only a family home can offer.

Completely renovated, this was the house Neil, Lorraine and their sons, Cameron, aged 9 at the time; Wesley, 7 and Allister, 5 lived in when they first moved to the Barossa in 1981, excited to embark on a new adventure.

Lorraine’s father, Wellington Rice, came across the old Samuel Elderton Tolley property whilst in the Barossa for the funeral of his friend, Alfred Wark whose son, James showed him the derelict property which had been on the market for three years after Wellington, who was quite the entrepreneur, had asked for tips on land worth purchasing.

“He loved the idea of it,” Lorraine says.

“And Neil and I and the three boys were heading to Arabia for a stint over there and my father didn’t want us to go so he thought if he bought this it might stop us!”

It didn’t though. They lived abroad for more than a year but returned early with a “little” winemaking experience, after having to make their own due to the fact it was the only way they “could get a drink” because of Arabian alcohol laws. 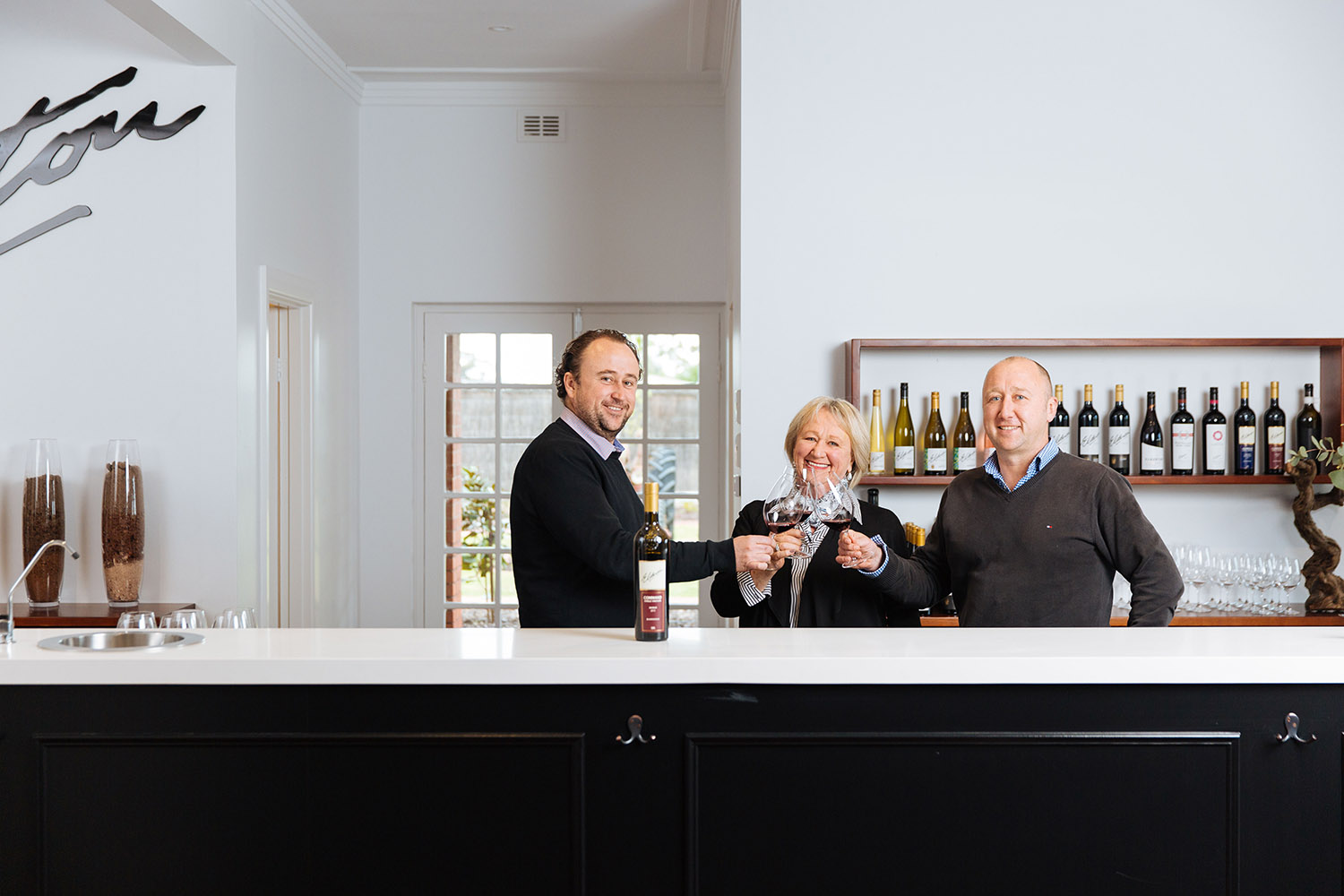 The Nuriootpa property and the winery that would follow were named “Elderton” because of the original owner’s middle name and it also appeared on the old doormat of the homestead.

Lorraine describes those early years as difficult. Neil commuting to Adelaide during the week for his day job as a civil engineer, then working home on weekends nurturing the Shiraz and Cabernet planted in 1894. More than half the vineyard is still covered by those original vines.

“We just grew more and more interested,” Lorraine says of their involvement in the wine industry.

“We’d work out there every weekend and Neil did a course in viticulture.”

Initially selling fruit to local wineries, a grape glut forced the Ashmeads down the  path of winemaking and it soon became apparent that Elderton Wines made an exceptional product and Neil was a born salesman.

“He eventually left his work in Adelaide and the cellar door was opened in 1985,” explains Lorraine, describing their initial location in the cottage facing Murray Street.

“We both worked in the business because Neil did a lot of travelling and selling so it was me down here with my two fingered typing all the business letters!” she laughed.

“He was a bit of a go-getter – I was the one putting the brakes on!”

They surrounded themselves with staff that had the knowledge to succeed, and when Elderton won the prestigious Jimmy Watson, the label’s popularity soared to the point where it now proudly stands among the best. 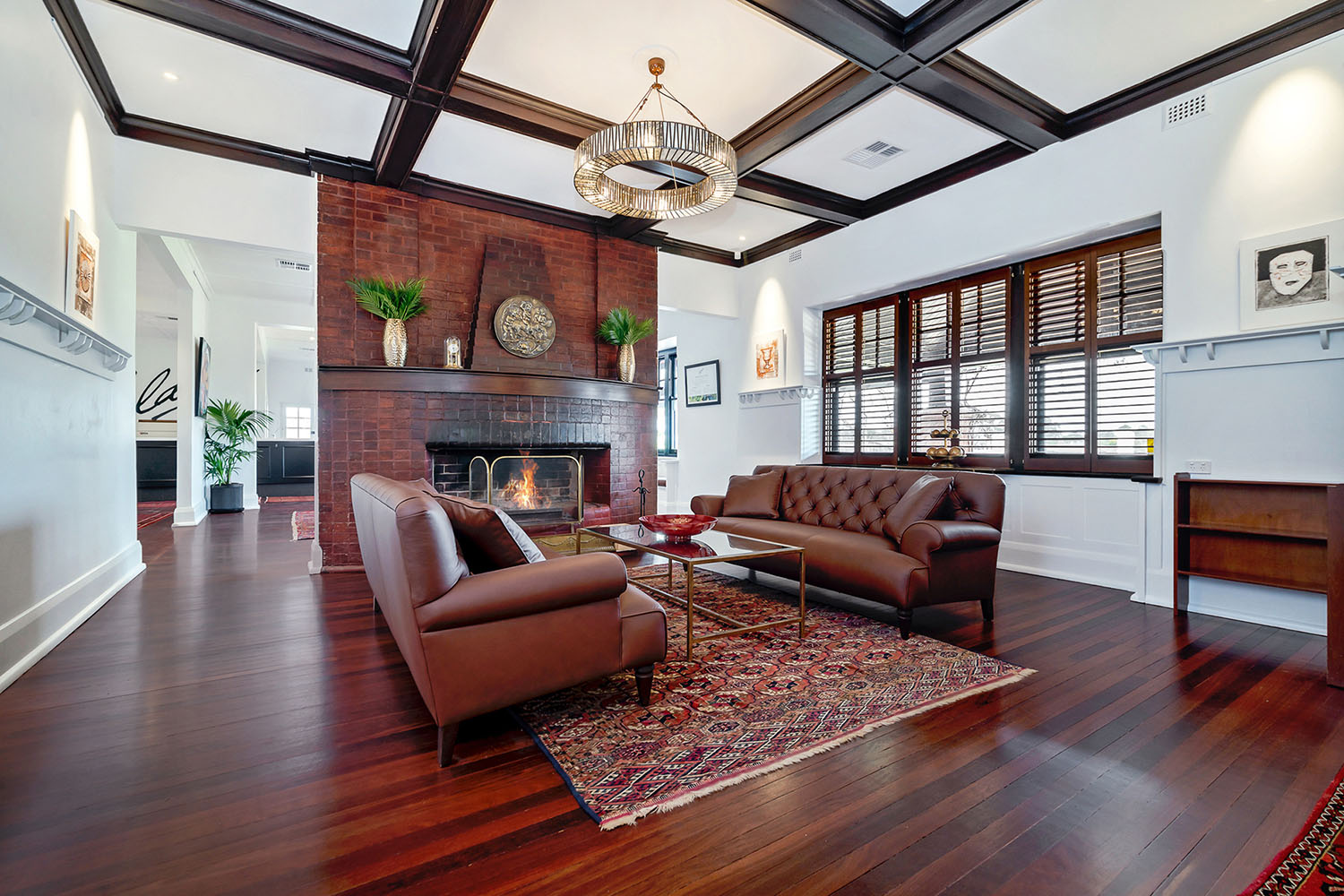 Yet Lorraine knows the 40 year milestone she and sons, Cameron and Allister will celebrate this year is hard earned.

In 1997, Neil passed away suddenly and was buried beside his son, Wesley who had died in his teens from leukaemia years earlier.

Such sadness took its toll, yet Lorraine courageously held the family business together with support from winery staff and the tight-knit Barossa community.

“You just do what you have to do,” Lorraine explains.

“When I did go through tragedies I was working, so that helped a lot I think. If you are just sitting around thinking poor me, I think that’s when you get into a bit of trouble.”

Naturally, she was proud when Allister joined the business in 2000, taking charge of marketing and production, then Cameron,  who was working overseas for some of the world’s largest financial institutions,  returned home in 2003.

“Mum is too humble to say, but she was holding this all together right from the beginning,”Allister says with an admiration both he and his elder brother share.

“It was a partnership and whilst Dad got all the accolades because he was the front man, mum never did it for that – she did it for us.”

“There’s been a remarkable amount of evolution and change here but the premise of great vineyards and great wines is always the given.”

As co-managing directors, the brothers are carrying on the Elderton legacy and now the family business owns three vineyards, the original block plus one in Craneford and another in Greenock.

The siblings also happened to marry partners who have become integral to the success of the family business, both eminently qualified in their own right.

Cameron’s wife, Julie is head of production for winemaking and viticulture and Allister’s wife, Rebecca is the production and export manager.

Together, they’ve weathered a global financial crisis, recessions we’ve “had to have”, frosts and droughts, booms and busts, but again, Elderton continues to stand tall.

Things have changed over the decades as they’ve adapted to the challenges.

“Today, we virtually do everything apart from bottling, whereas  in the old days most of it was contracted out.

“We are very strong on being almost 100 percent exclusively estate grown fruit,  we have 65 hectares of vineyard now and can control the whole quality spectrum.

“Then we have our winery, an old Penfold’s site, which was operational for its first vintage in 2003.”

But the most exciting part of the Elderton story is yet to come says Cameron.

“Our goal is just to make the best wine we can with the resources we have, it’s always been that,” he adds.

“The size that we are at the moment is probably the right size and we are half the size of what we were ten years ago which is a good thing.

“There are plans for more vineyards, to do everything sustainably.

“We are trying to build something for future generations of the Ashmead family, that’s super important.”

“It’s like the duck that’s calm on the surface but the legs are going crazy underneath!” laughs Allister.

“There’s been a remarkable amount of evolution and change here but the premise of great vineyards and great wines is always the given.”

As for Lorraine, Elderton’s founding director, she just thrives on having her family together in the wine region she loves.