Sitting amongst some of his favourite classic cars in an area decorated with trophies and memorabilia, Tim Lynas humbly beams with pride, reflecting on a life that has been fantastic!

Tim first moved to Tanunda with his mother, father and brother in 1956. The family packed up and moved to the Barossa after his father had been approached by General Motors to join Hage & Co.

Late in 1968, Tim’s father, Vern began selling cars out of his driveway in Bilyara Road.

“People used to call it curb-side car sales,” Tim chuckles. “We used to move up to 25 cars in and out of the driveway on Bilyara Road.”

Tim joined the company in 1974 and they moved to 33 Murray Street where the Honda dealership is now.

Tim worked with his father for 13 years until he took the opportunity to buy Valley Ford.

“It worried the hell out of my father at the time,” Tim recalls. “Dad didn’t like debt. He had seen his father struggle through the Depression in the motor industry and close a business due to World War II coming along.”

When asked if owning a car dealership was difficult at the beginning, Tim speaks kindly of his employees.

“I inherited some fantastic staff when I bought the dealership,” Tim says. “All of those people helped me to, should we say survive.

“I can assure you, for the first few years I had a lot of balls in the air. But my loyal and helpful staff enabled me to do what I enjoyed, dealing with the customers.”

“Cars have been my obsession, my passion all my life!”

Tim admits that he was never a brilliant student.

“They were always very kind to me,” Tim laughs. “They would say, Tim’s trying hard, we’ll put him up, he’s starting to show signs that he’s learning.”

Tim repeated his final year at Nuriootpa High School after returning from boarding school in Adelaide.

“Some of my friends would remember that after being at an all-boys school for four years my major subject that year was girls,” Tim smiles.

If you’ve had the privilege of knowing Tim, you would know of his love of classic cars and motor racing.

“Cars have been my obsession, my passion all my life!” Tim says. “I learnt very early on that I was not interested in being cleaned up on the football field, I couldn’t hit a cricket ball, and Neil Zerna was a much better tennis player that I was. So I played Dinky toys or I played with cars.”

Tim’s first real involvement came when he purchased a Porsche 356B for $3,100 out of a garage in Gawler. This led to him competing in the Collingrove Hillclimb and club events around Australia.

When Tim purchased the Ford dealership, Ford leant him a Laser TX3 that had placed second outright at the 12 hour at Bathurst to do a hillclimb at Collingrove.

“They just sort of forgot to ask for it back and I kept using it,” Tim smiles.

After a friend suggested the Targa Tasmania, Tim rang the Ford Motor Company and asked if they would allow him to enter with the TX3. They agreed.

Eventually Tim purchased the TX3 and the boys in the dealership began working on it and travelling to race events together.

“I’ve still got guys that used to work with me at the dealership who come away with me now,” Tim says.

After the TX3 was banned for being 4WD, Tim continued the Targa with a Porsche 356 then later a Mark 1 Cortina and the Mustang GT 350. Tim has competed in 14 Targa Tasmania’s over all.

Unfortunately in 2009 a close friend of Tim’s was killed in the Adelaide Hills during the Classic Adelaide.

“I decided that was the end of rally for me,” Tim says. “Trees don’t move.”

Three years ago Tim began racing in Group S, which is basically sports cars from 1955 until 1978.

“Now I’m racing!” Tim beams. “Not competitively, but the beer’s just as good at the end of the day for me as it is for the guy on the top step, and that’s what it’s all about. I really enjoy it.

“At 67 I never thought I’d be racing at Bathurst. Hey it’s not a group A or V8 supercars, but at the end of January I’ll be sitting on the grid with 55 other cars and let me tell you it’s fantastic!”

When asking Tim if he misses the dealership he replied, “I miss my staff, I miss the customer involvement.

“But I have to say, my timing was very good and I’m very glad I made the decision I made.

“Because at 67, I’m able to spend time with my wife and my family. I’m able to do the things I really want to do and I’m able to go motor racing when I want. 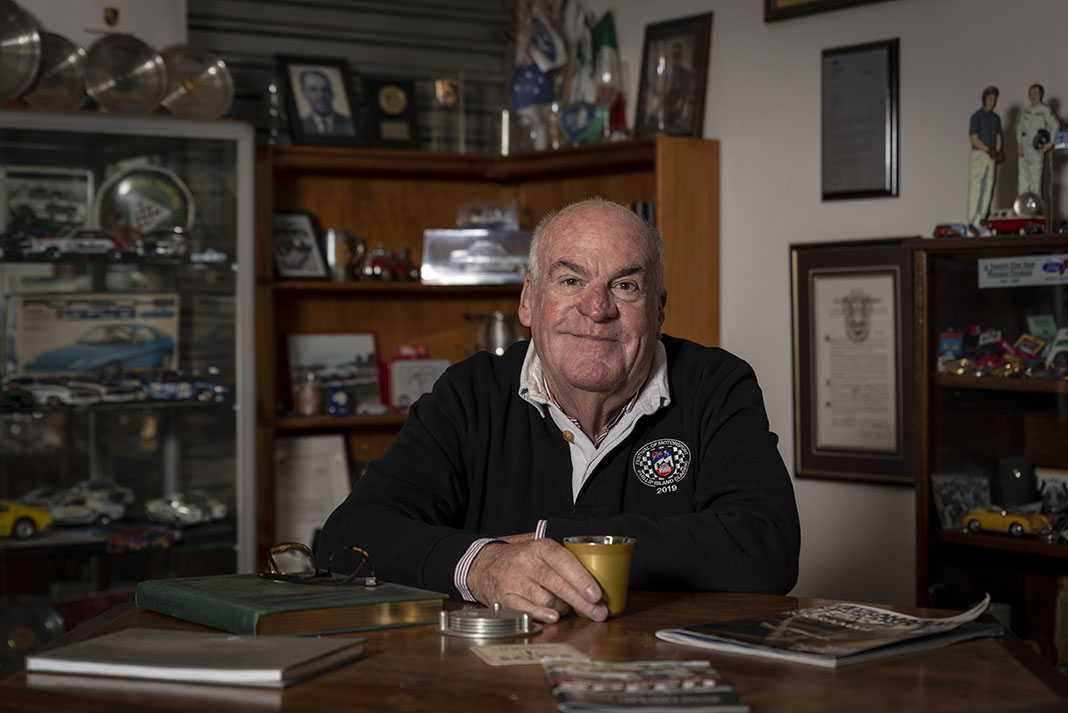