“Take delight in the Lord and he will give the desires of your heart,” the screen reads; a daily reminder to strive for better.

David, or Dave as he’s fondly known, is many things – veteran CFS volunteer, husband to Yvonne and father of three, collector, history buff, larrikan cellarhand, eighties aficionado, and, at 47, a newly baptised Christian.

But he’s also learnt he can’t always be everything. 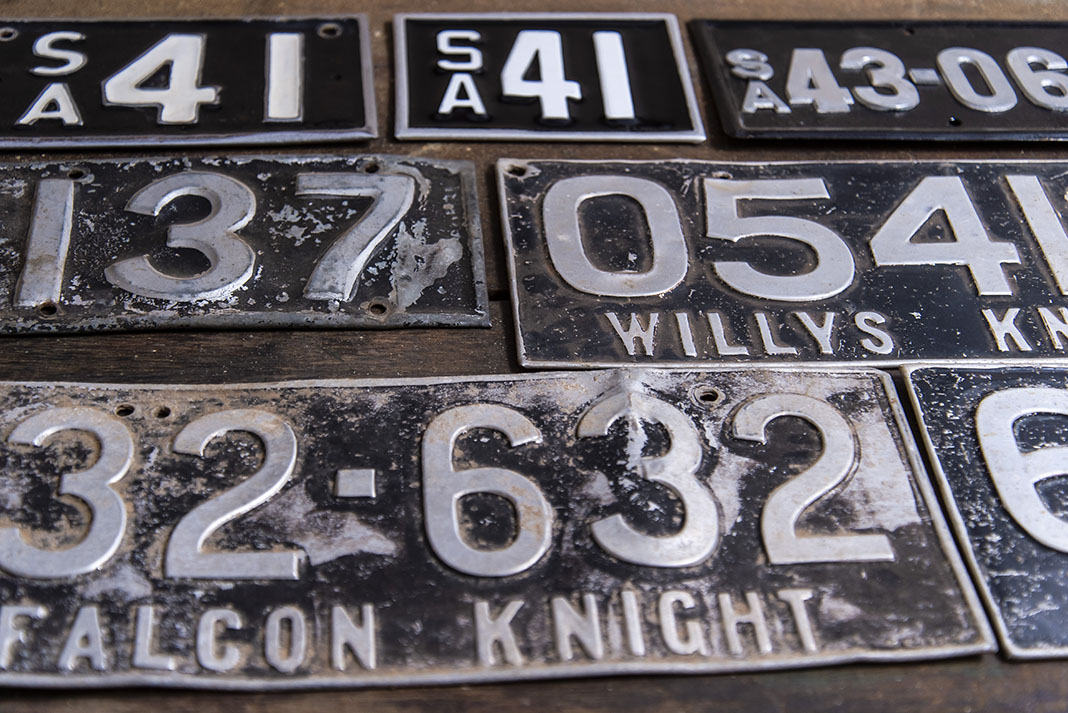 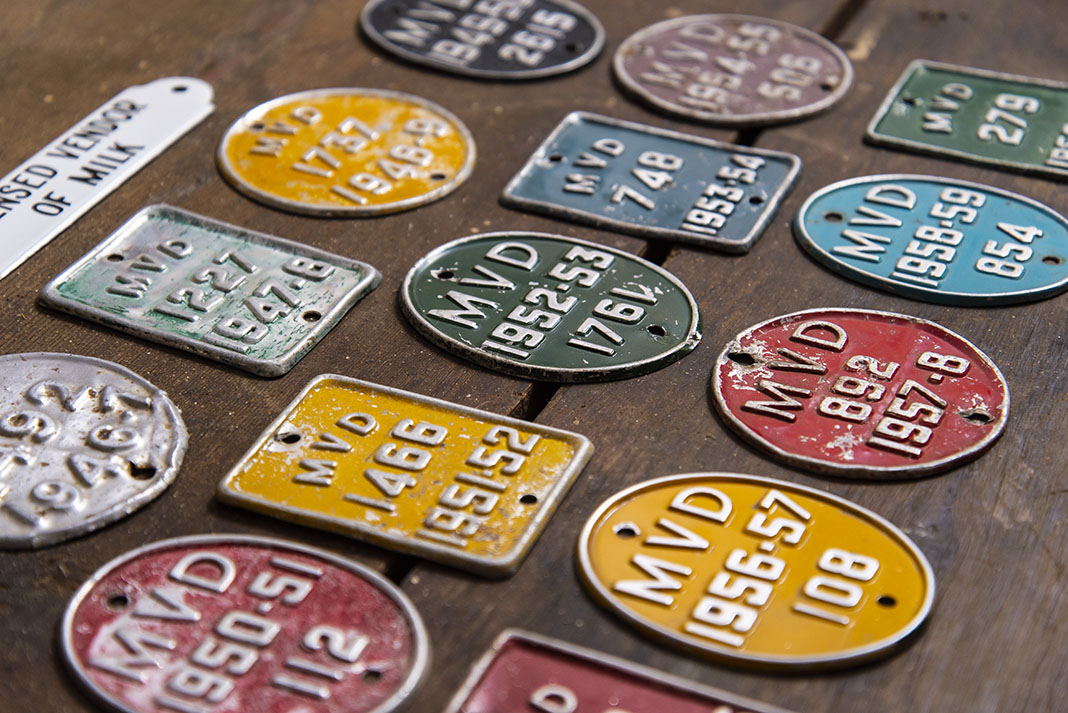 The edge of the fire ground is known as the fire scar, explains Dave, surrounded by stacks of boxes, vintage petrol bowsers, signs and innumerable other collectable items in his Mt McKenzie shed.

“That’s where the breakouts are going to happen. The fire just doesn’t go out, it creeps underground. It gets into the roots of the trees and will pop out later on.”

Up until now, Dave’s been “yakking away like a two bob watch” about his vast collection of garagenalia, proudly showing off the relics of history he’s collected over 32 years, including close to 10,000 license plates.

He’s got too much stuff, he admits, blaming his tendency to hoard on his Scottish roots.

But as dry summer winds kick up the dust around the shed on his ten acre property, talk has turned to this season’s shocking fire conditions, and a deeper conversation about the impact 28 years on the frontline of bushfires has had on his life.

“This year I feel like we’ve been sitting in an absolute tinder box just waiting to explode,” he says, running a hand through his beloved eighties mullet, his forehead slightly damp with sweat.

The son of a policeman in major crash, Dave was exposed to the aftermath of tragedy from a young age, recruited along with his brother by their father as stand-in crash victims for firefighters to practice cutting from wreckages.

“We saw photos, we saw videos of bodies in cars that maybe at that age we shouldn’t have been seeing,” he says.

“Dad sort of thought, this is just a fact of life.”

“I’m no angel, I don’t think any of us are, none of us are that perfect person. I’m still, as they say, ‘a work in progress’, but I’m trying to be a better person, be a better example.”

Years later, after decades of experience as a firefighter, a stint with the Western Australian Police Force, and feeling he was capable of detaching himself from the more harrowing aspects of the job, Dave found himself in emotional freefall after the Eden Valley fire.

“Eden Valley left me with some psychological damage, I suppose,” he says, his jovial demeanour ebbing as he recounts the day his Angaston CFS strike team got bogged in a creek crossing while fire razed four homes and 25,000 hectares of farming land so close to his own property.

Many of those affected were good friends of the Pawsons.

“I just felt, I don’t know if guilt is the word to use, but sorrow for the families… We felt like we weren’t able to do what we could normally do because of the extreme weather that was presented to us.”

With fires so near to home that year, Dave’s emotions were compounded by tension between his instinct to fight fire, and his role as a father with three young children to care for.

“I went through all the motions of should I quit CFS? I’m not good enough for this anymore,” he recalls.

“I’d come outside angry, just pi**ed off at everything. Me being a typical husband, I wouldn’t listen to my wife straightaway. She’d say, Dave, there’s something going on, you’re not right.

“It took me until July that year to go and see my local doctor.”

Dave’s recovery process has been like the patrolling of a fire scar, tackling breakouts as they pop out amongst life’s daily bustle of maintaining a small acreage, raising a family and vintage work.

At the end of 2017 he suffered a nervous breakdown and was nearly hospitalised.

“I’d come off my anti-depressants leading into summer. It was just a catastrophe for me. A myriad of things went wrong,” he says. 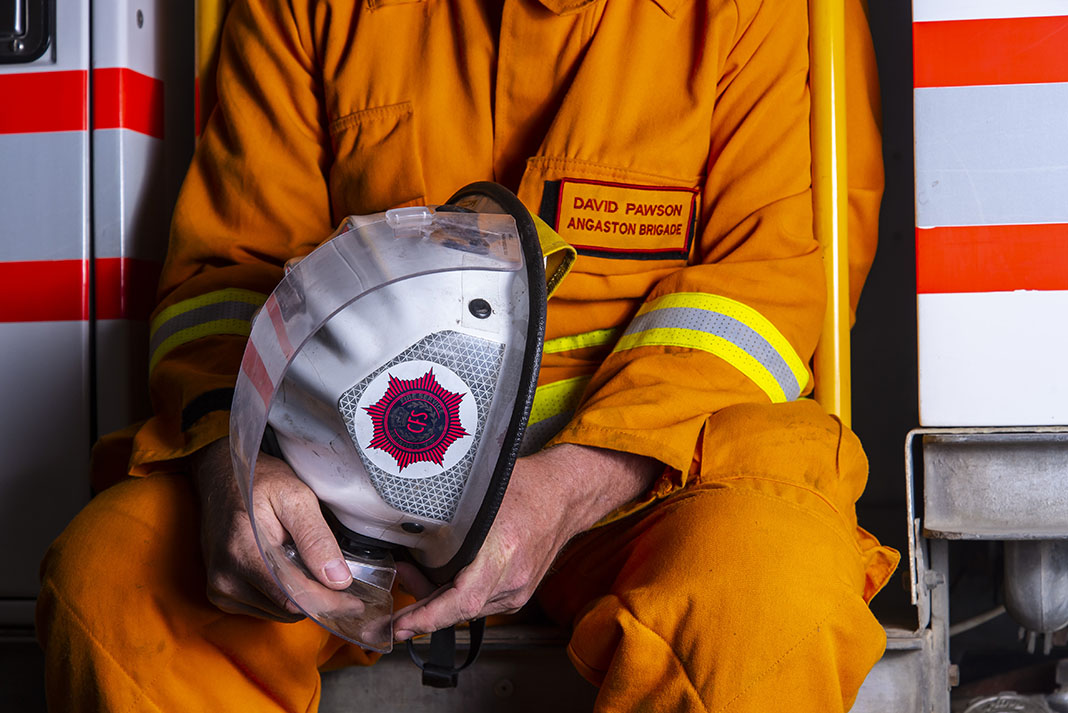 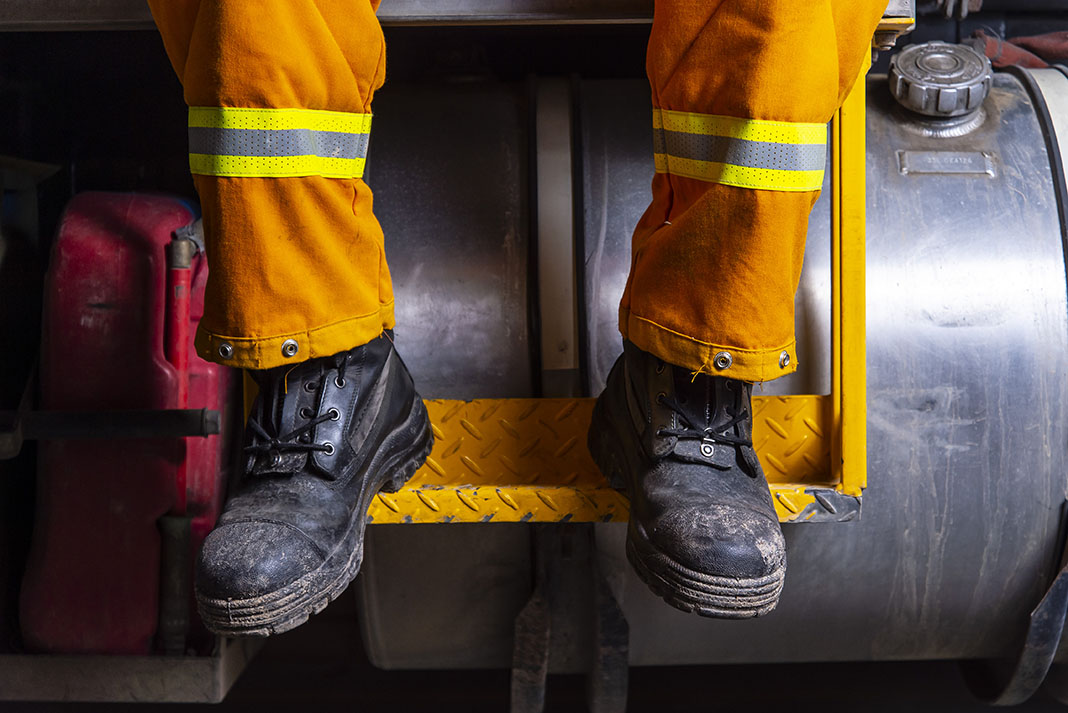 Describing himself as a “lost ship at sea”, it was his friendship with devout Christian, Rodney Schultz, whom he’d met while doing coopering work in 2012 that helped guide him through the storm.

“Rodney was my first port of call, because he was like the voice of reason when everything else was in turmoil,” says Dave.

Rodney and his wife, Andrea, a pastor with the Light Community Church in Kapunda, offered Dave spiritual counselling.

For a man who had had nothing to do with religion since youth group in his teens, it was a leap of faith.

“I’ve actually found it to be the best therapy for my headspace to get me back on track,” Dave says.

“I know people poke fun at religion… but I’m finding as I’m learning more about it, I can see a bigger picture of why we are all here.

“I’m no angel, I don’t think any of us are, none of us are that perfect person. I’m still, as they say, ‘a work in progress’, but I’m trying to be a better person, be a better example.”

Part of recovery is learning to simplify life, step back and let go of guilt.

Dave chose to step down from being a CFS lieutenant to firefighter about 18 months ago, recognising the need to protect his mental health.

When dealing with fire, prevention is always better than response.

“Last January was the first in five years that I had actually forgotten the date of the Eden Valley fire. So that tells me I’m moving forward,” he says with a smile.

“I’m just trying to keep life a bit simple… I’ve got to try and be aware of what I can and can’t do. And I can’t do everything.

“There will be firies, after say, the Kangaroo Island fire, going through this right now. I know that.

“You can be as tough as old boots as much as you like, but every one of us is still human.”