From the very first day Nicki Emes was placed on the back of a horse, she knew this was it – her life’s passion was ignited and her dream of one day achieving Olympic glory had begun.

Sure, she was just a tiny girl at the time, but that humble, loving moment shared with her cousin, Tasha Khouzam changed her life and instilled something even Nicki struggles to understand.

“My cousin was very much involved in horses and actually introduced me to them at three years old. She got me up there and plonked me on a horse. I can remember thinking I love this, this is just out of this world!” recalls Nicki.

“I knew pretty much from then that this is what I love and my poor parents, who are not horsey at all, thought she’ll grow out of it…. Ummm no, I never did!”

Nicki’s eyes glisten as she talks about Tasha, whom she loved and admired.

“She was an amazing girl. She was the youngest ever rider to compete at the Adelaide International Horse Trial in 1997, she competed as a 17-year-old and was just amazing, she competed at international level and was an amazing rider. She was awarded Barossa Young Citizen of the Year, young rider of the year, won all of these awards and unfortunately, in 1998, she had a rotational fall over a jump and was killed instantly.

“I still get emotional now. It’s crazy, because I was only young, just a child. I was six when she died. She was my idol and she was everything, the horses were everything and I didn’t understand.”

Nicki’s infatuation with horses never faded, despite her family’s best efforts to dissuade her after Tasha’s freak accident.

“They didn’t succeed. There was a couple of years where I really pestered my parents…I finally got a pony at the age of eight, then moved to a horse and I’ve had horses ever since.”

Nicki’s passion is eventing, just like her cousin, and today she simply bubbles over with enthusiasm as she talks about the sport that takes up every minute of her spare time.

“It’s a combination of three different disciplines: dressage, show jumping and cross country and it’s always been something that I’ve been drawn to. I think it’s in my blood,” she says.

“You just have this innate drive to ride and compete and do the best you can – that’s what eventing is all about.”

She describes dressage and show jumping as “beautiful” sports, and when they are combined with cross country, that’s when true magic happens between rider and horse.

“You have this amazing connection. I guess it’s that partnership, it’s the bond that you have – the trust.

“I think I must be crazy, but it honestly is in my blood. I absolutely love it. Every single waking moment is trying to better myself to be a better rider. To look after my horses better so we can compete better, to improve our partnership, to train, everything. Everything is my horses and my eventing.”

Nicki admits to being “completely blinkered” when it comes to her goal of riding at the Adelaide International Horse Trials next year and if her past successes are anything to go by, it will happen, despite the challenges that she has faced along the way.

"It’s risky, but that’s part and parcel of the sport. I guess it comes down to the fact the love outweighs the risk."

She was a student at Nuriootpa High School when her show jumping got serious.

“I went to all the local shows and my parents were a little bit happier with that because if you hit a rail it falls down!”

Nicki’s worst nightmare came true in 2010 when she broke her collar bone during a show jumping competition and then, in 2014, a more serious accident shook her to the core.

“I ended up in hospital for quite a while, I had a bad head injury… I had concussion and I’ve still got repercussions now. I’ve got damage to my C1 and C2 vertebrae in my neck and it’s affected quite a few things, including my eyesight.

“I was just training a young horse, over show jumps. I came into the jump and he dropped his shoulder and just spun…I came around with such a force my head went through all of the jumpwings, all of the poles… I was unconscious for around two or three minutes…then I came back and I was like, where am I? I had no idea what I was doing or what day it was. It was scary. It’s taken me a while to get back on the horse you could say.”

Nicki, whose nine to five job is an audiometrist, says it wasn’t fear that stopped her from getting back into eventing, but a need for some time out.

“I just felt like I needed a break, just to heal I think. Then I purchased a mare back in 2017 and she was a show jumper and she just started it all over again!

“I got married in October of last year and my poor husband Daniel, who is not horsey at all, knows that eventing is all I’ve ever wanted to do.”

She said her accident put a new perspective on how fragile life is but it didn’t turn her into a nervous rider. If anything, she is even more determined to succeed.

Living on a 12-acre property in Cockatoo Valley, complete with training arena, Nicki talks of her horses as though they are family.

“I have Bam Bam, I’ve had him since I was 10, he’s never going anywhere.  I was a baby myself when I got him and we grew up together. He was a healer, they all have the ability to heal you in some sense.”

Nicki describes her two geldings, “Wiggins” and “Norbert” as her performance horses and they both have a competitive streak, just like their rider.

“They are my babies!” she laughs.

“My first event back was in April of this year on Norbert, he’s just the most amazing horse. He takes care of me, he really does. He’s the biggest gentleman!

“That was a huge class and being my first event back, I was really worried that I would not do us justice, but we managed to come in second. I’ve had two events since and I’ve stepped up a grade. In my second to last comp I came first and then the last competition I won! I have five more events which I need to qualify for before I can get to Melbourne. So I have got between now and June next year to get to the Melbourne International Horse Trials which will happen – absolutely.”

Her plan well and truly under way, nothing will stop this 27 year old from achieving success. With coach, Sean Cooper and her entire family supporting her every step of the way.

“I will ride in Melbourne and then, hopefully, qualify for the Adelaide International competition, one of the biggest and best in the Southern Hemisphere. That’s my goal.”

Nicki knows her chosen sport is expensive and dangerous, but it’s a lifestyle choice she will never shake as she quietly works towards her ultimate dream, competing in the 2024 Olympics.

“There is nothing stopping me!” she says. “It’s the ultimate test of athleticism, partnership, fitness and courage. To get through the three disciplines and then, at the end, be the one that has less faults out of anybody else, is just amazing. I love every single aspect of it.

“It’s risky, but that’s part and parcel of the sport. I guess it comes down to the fact the love outweighs the risk. Luckily for me, I could get back on the horse, the opportunity is there and I have all the ability in the world. 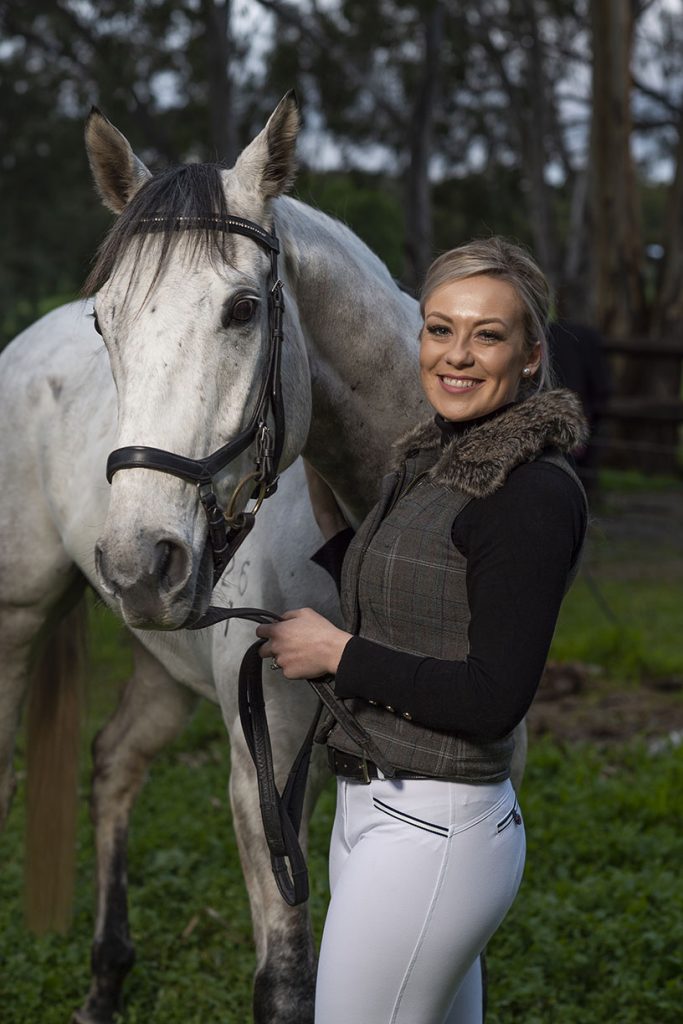 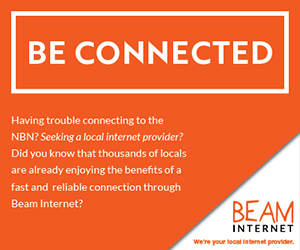