Kies to the sky

They’ve spent much of their lives in the air, but the Kies sisters have learned the importance of staying grounded.

On a gum-studded pocket of the Southern Barossa, near the ruins of the German pioneer village of Hoffnungsthal, earth meets sky.

For 160 years the Kies family have been custodians of this 450 acre parcel of land, which, according to sisters, Bridgette Hasting, 38, and Billie-Jo Kies, 35, has a heritage of “vines, vines and more vines”.

It was Bridgette and Billie-Jo’s parents, Peter “Goose” Kies and wife, Sandra who pioneered change, diversifying — as old newspaper clippings pasted into the family scrapbook recount — ‘up’, establishing Kies Aviation in the mid eighties, better known today as Barossa Helicopters.

Second generation ‘chopper’ pilots, Bridgette and Billie-Jo are personifications of that legacy; mud-caked boots rooted firmly to the ground, with fingertips brushing the clouds.

These two quick-witted and down-to-earth blondes are as at home driving a grape harvester or on the back of one of their horses as they are flying lavish charters or aerial culling from the air in some of the most remote and beautiful parts of Australia.

And while the windy thrum of helicopters ferrying sight-seers in and out of Hoffnungsthal has been silenced for several months during the coronavirus pandemic, happiness and a touch of relief exudes from every pore of the sisters’ refreshed faces as they sit side-by-side in the atrium used for welcoming guests at Barossa Helicopters’ headquarters.

“It has been an absolute blessing in disguise. It could not have come at a better time,” admits mother of two, Billie-Jo.

“We were totally worn out.”

Flying has been an intrinsic part of the women’s lives since childhood, but beyond the frame of Instagram-able glamour, the industry is exhausting; early starts, demanding clients, and in their early careers, long stints away from home.

“That’s the side of things people don’t see or ever hear about because they just see the photos you’ve put up when you’ve done something really cool,” says Billie-Jo.

“But they didn’t see the last two weeks that you spent either in tears or stressing.”

“Or you’ve had a gut-full of the team you’re working with because you don’t necessarily get along and you’re stuck with them for a month.”

They speak mostly in reference to their careers before they were mothers, at a time when helicopters were essential for a vast portfolio of work including aerial photography and surveys, much of which has now been replaced by drone technology.

These days the Kies have adapted their business model to focus on scenic flights, which, according to the sisters, is the most viable income stream for helicopter pilots in the area.

It’s also allowed them to continue a career in flying whilst having families, a luxury not always afforded to female pilots.

“It’s usually one or the other. You have your family, or you marry your helicopter,” says Billie-Jo, who wed agriculture equipment salesman, Duncan McInerney in 2009.

“There was not a moment where I thought, this is too hard, I don’t want to do it. There was no room for failure. I was just totally focused, thinking of the end result of me coming back here and flying.”

As born-and-raised women of the Barossa, they’re proud to be able to spend their days sharing the birds-eye beauty of their homeland.

“The Barossa is our backyard, and we love sharing it from up there,” says Bridgette with a gesture and a laugh, a melodic chuckle that emerges easily and frequently throughout the conversation.

It’s incredible to think that at just 18, after being told at school she had little hope of succeeding academically, she became Australia’s youngest ever female commercial helicopter pilot in 1999.

It’s another event rightly documented by the media and scrapbooked by the Kies, along with Billie-Jo’s initiation into the same tough profession five years later, at age 20.

Few things capture the imagination the way flight can, and those who have the grit and the guts to pursue a vocation that unlocks the wonder of the world above are deserving of acknowledgement.

These women are unique; sororal goddesses with keys to the sky.

“There was not a moment where I thought, this is too hard, I don’t want to do it,” says Billie-Jo of her leap into the cockpit, which, despite her family’s precedence, wasn’t always a forgone conclusion.

“There was no room for failure. I was just totally focused, thinking of the end result of me coming back here and flying.” 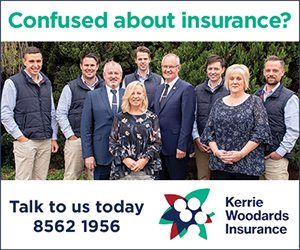 But with wisdom that is earned from time and experience, the sisters will caution the next generation of Kies: Billie-Jo’s children, Harry, 8 and Chardy, 6; and Bridgette’s daughter, six-year-old Zara and stepchildren, Jett, 14, and Georgia, 16, against starting a piloting career as young as they did.

“If they were 17 or 18, I’d advise against it, just so they can live a bit, and not have so much responsibility so young,” says Billie-Jo, who’s role in the business has diversified over the years from piloting into “a bit of everything” after she experienced a breakdown not long after Chardy’s birth, the demands of motherhood and a full-time job where decisions can literally mean life or death taking a toll on her mental well-being.

“If I’d had a break around that time, it would have been good, instead of continually trying to work and look after babies,” reflects Billie-Jo, with trademark honesty that Bridgette describes as one of her most endearing qualities.

“I don’t really do much flying these days… It got too much and I just went, I can’t do this. So now we’ve just had to work around things.”

Bridgette is quick to jump to her sister’s defence, understanding better than anyone the challenges of being a woman and a mother with skin in the sky.

“She’ll fly, she just doesn’t fly constantly anymore, whereas it used to be every day,” she says, having gone through a couple of years of being “deadset over” flying herself, during which time she ran her own horse trail riding business.

“We were ground crewing for dad from twelve or thirteen years old. So from that time until I got my license at 18, that was already six or seven years I’d been working with the helicopters. Then you add on the twenty years to now, that’s a long time to be working and doing something. There comes a point when you want to have a break.”

“Everyone has their own story or their own issues, so when you come back a little bit refreshed, you have a bit of a different look at things and think, it’s our family business and I don’t want to have anything happen to that.” 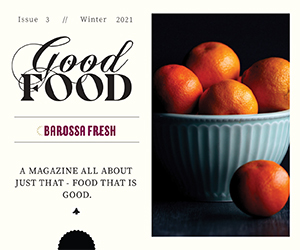 Now, the forced break of COVID-19 has allowed these high-achieving women to slow down once again and reconnect with things that matter most to them.

“It’s not good financially, but for us as a family it’s been a good thing,” says Bridgette.

“We could actually relax and have a weekend,” adds Billie-Jo, smiling.

“And just play with the kids, which we haven’t done, ever.”

The sisters have also had time to spend riding their much-adored horses, who so often play second-fiddle to helicopters.

It’s been particularly heartening for more serious horsewoman, Bridgette, who trains and competes in barrel racing in her precious downtime.

But with social restrictions lifting and tourists trickling back, the airspace above Hoffnungsthal will not remain silent for long.

“I think now that we’ve all had this break, when we open back up it is going to be slightly different, we are going to try our hardest to focus on having family time and days where we’re just not here,” says Bridgette.

“It’s just another step forward for us as a company. Everyone has their own story or their own issues, so when you come back a little bit refreshed, you have a bit of a different look at things and think, it’s our family business and I don’t want to have anything happen to that, so we need to take steps to make it continually progress forward.”