Once you take off, you never know where you might land. Michael and Barbara Ludlow are glad their journey has carried them to the Barossa.

It’s still dark as the cruiser pulls up to the launch site, a pocket of grassy earth in Tanunda, poised on the brink of dawn.

The vehicle shudders to a halt and passengers alight one by one through the rear barn doors, an occasional nervous chuckle drifting out over the pre-dawn silence.

An LED test balloon is released, a tiny red speck that twirls and drifts north-east, rapidly climbing towards the waning moon.

“You can always tell a balloonist by the crick in their neck,” he quips, his gentle humour a soothing antidote for any growing anxiousness amongst the guests.

“I’m happy to go from here this morning.”

The ground crew spring into action, skilfully tipping the hefty wicker basket from the cruiser’s trailer with a thud.

The balloon itself is drawn from a vinyl bag across the damp grass, with two large fans positioned at its gaping mouth in readiness for the first stage of inflation.

Cold air roars into the nylon envelope, its rippling, pulpy mass gradually heaving to life like a giant red lung.

With a final hot blast of LPG, the balloon totters upright, towering some thirty metres above its passengers, who scurry like ants over the basket’s side at Michael’s swift direction: “Passengers in!”

Working the burners with the subtlety of a concert pianist, Micheal guides the balloon upwards, an occasional roaring dragon suspended in golden stillness, some 4,000 feet above the ground.

Below, the valley floor unfolds in rows and blocks and swirls, an artwork so familiar, yet so transformed by this lofty vantage.

“I have no steering wheel on board, we go where the wind takes us,” says Michael, eyes sparkling.

It’s almost impossible to remain nervous in the company of this unflappable skipper, who has piloted balloons in three continents, navigated exciting drag landings and precision stand-ups, and twice flown over the English Channel.

But no matter how many times he’s flown or what conditions the heavens throw down, the 59-year-old’s enthusiasm never dulls.

“I’ve been doing this for thirty years and I still get a buzz out of every single flight.”

Back on the ground, in a rare moment away from her usual daily duties at the Ludlow’s Seppeltsfield home base, Michael’s wife, Barbara sips coffee at one of the bar tables in the Novotel Barossa Valley Resort’s restaurant.

It’s a place familiar to the many grumbling stomachs of Barossa Valley Ballooning passengers, with a sumptuous champagne breakfast served here at the conclusion of every tour.

With today’s euphoric guests dispatched back to their various lives, Michael joins Barbara for a warming brew.

Down here, it is she who pilots the course, flexing a memory as sharp as her elegant appearance.

“We have a boundary, it’s probably about 50 feet up. He’s the captain up there, and I run the ground. It suits us,” explains the woman who once gave up a life and career in the UK to run away with her handsome balloonist to exotic Australia—spiders under toilet seats and all. 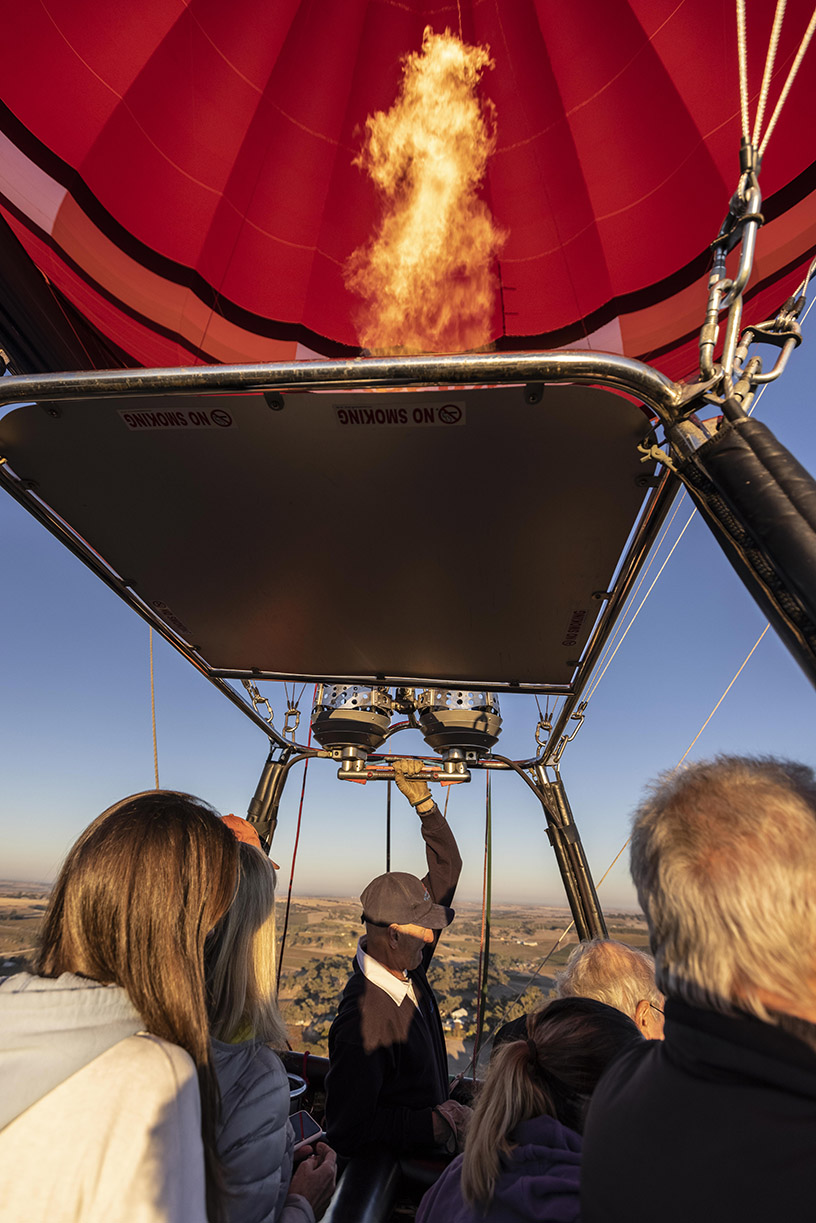 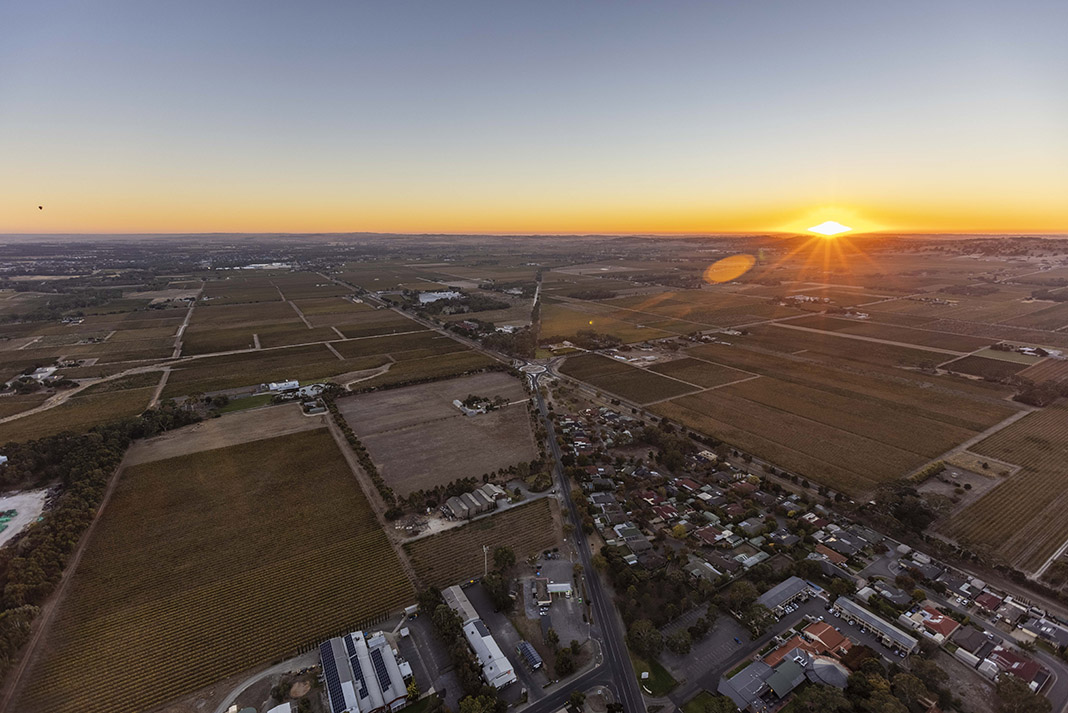 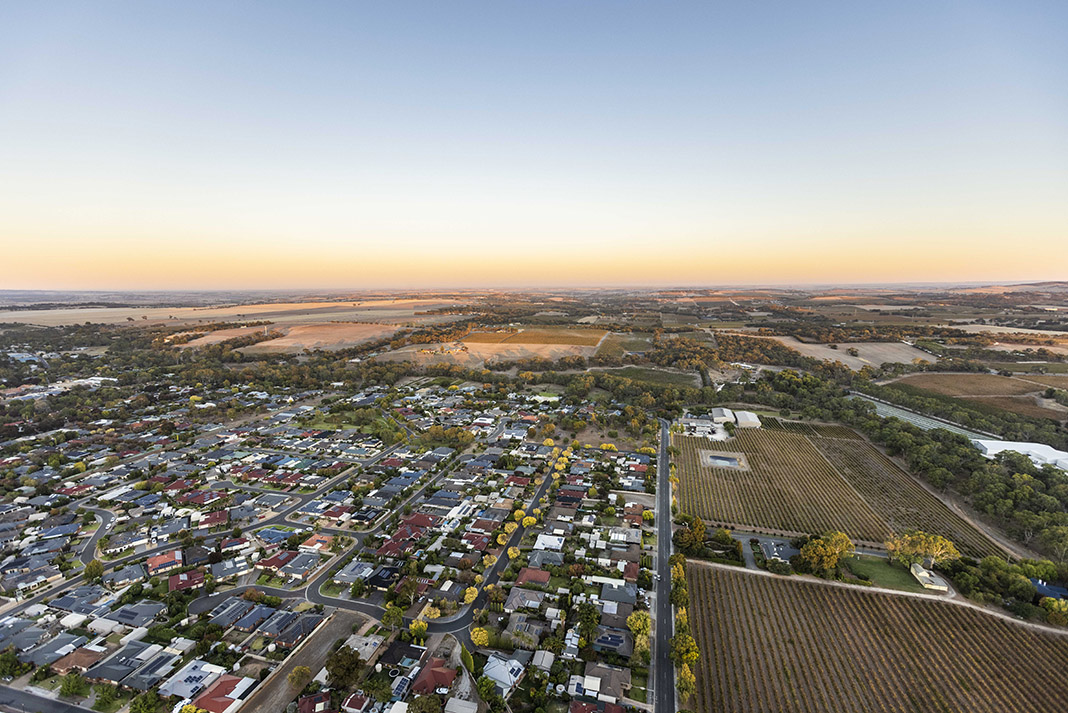 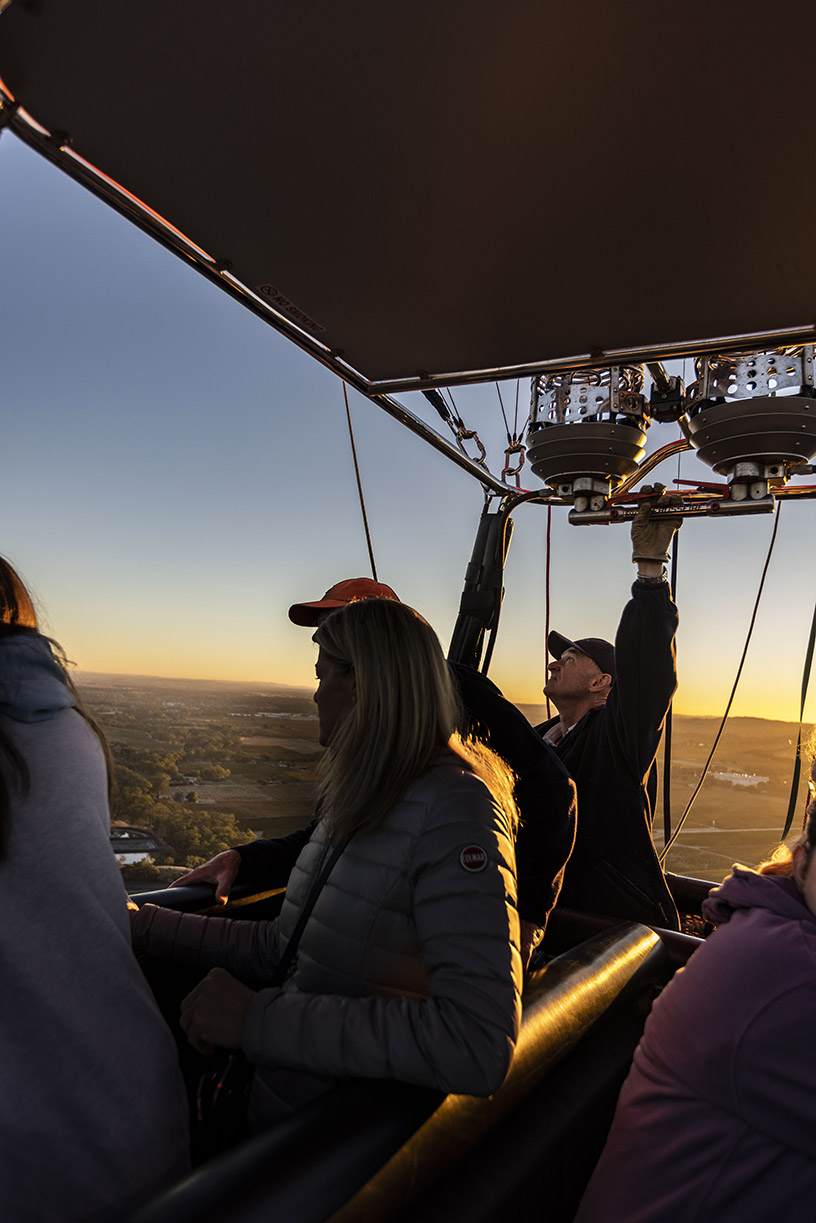 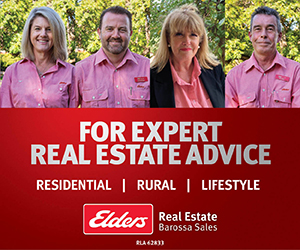 “I love it. This does not feel like a job to me. I’ve been doing this for thirty years and I still get a buzz out of every single flight.”

Both hailing from Kent, Michael and Barbara met in 1997 by chance when Michael attended a private inspection of Barbara’s house, listed for sale.

Initially bonding over a love of Formula One, Michael didn’t buy the house, ending up with something far better: the woman who would three years later become his wife, and encourage him on to a life of full-time ballooning.

Up until their first adventure to far north Queensland in 1998, where Michael filled a summer contract as a relief pilot, he had only ever flown part-time, working the remaining hours of his week, he reluctantly admits, in insurance.

“I wasn’t enjoying the insurance, my heart was in the aviation side of things by that time and it was actually Barbara’s suggestion to balloon full-time by finding a six month contract somewhere else,” says Michael, who earned both his commercial fixed-wing and balloon licence in his late twenties, inspired by a long-standing family affinity with aviation.

In Australia, Michael and Barbara found a life they could have only ever dreamed of in the UK, so they relocated permanently, only moving from Queensland in 2008 to be closer to Barbara’s son, Alex, who by chance had met, and ultimately married, Tracey, a South Australian working in London.

With Alex and Tracey living in Gawler, Barbara and Michael moved to the Barossa to start over once again—this time without plans of ballooning.

“He’s a pilot. Pilots don’t sit on the ground,” says Barbara, casting a fond glance at the man she describes as having his “head in the clouds”.

“We were going to come down and be close to family and he wasn’t going to fly, until we got on the ground and the realisation hit him that he was no longer going to fly.

“And from that came the seed of starting our own company.” 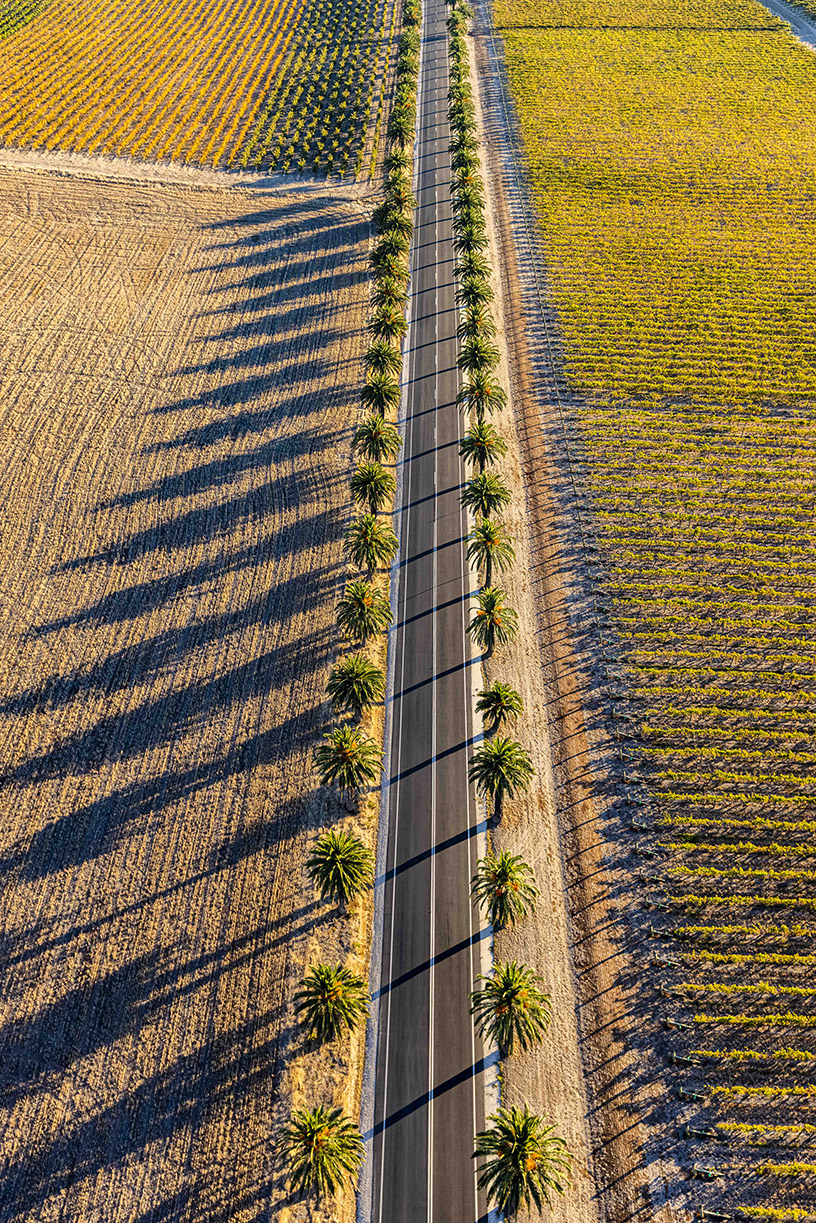 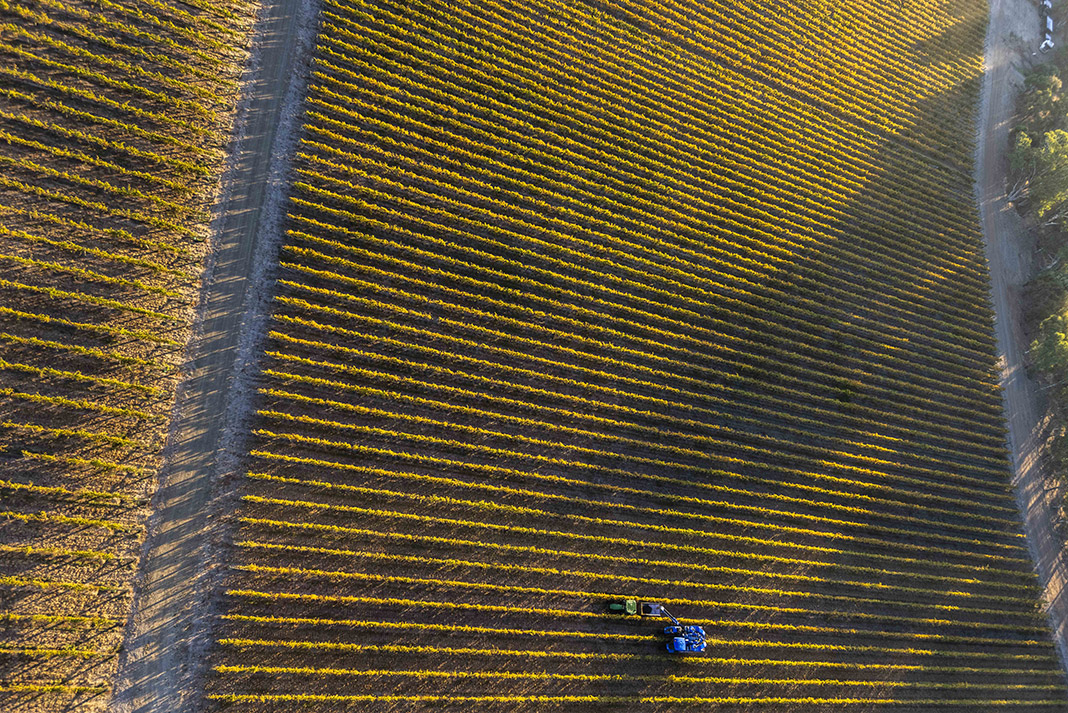 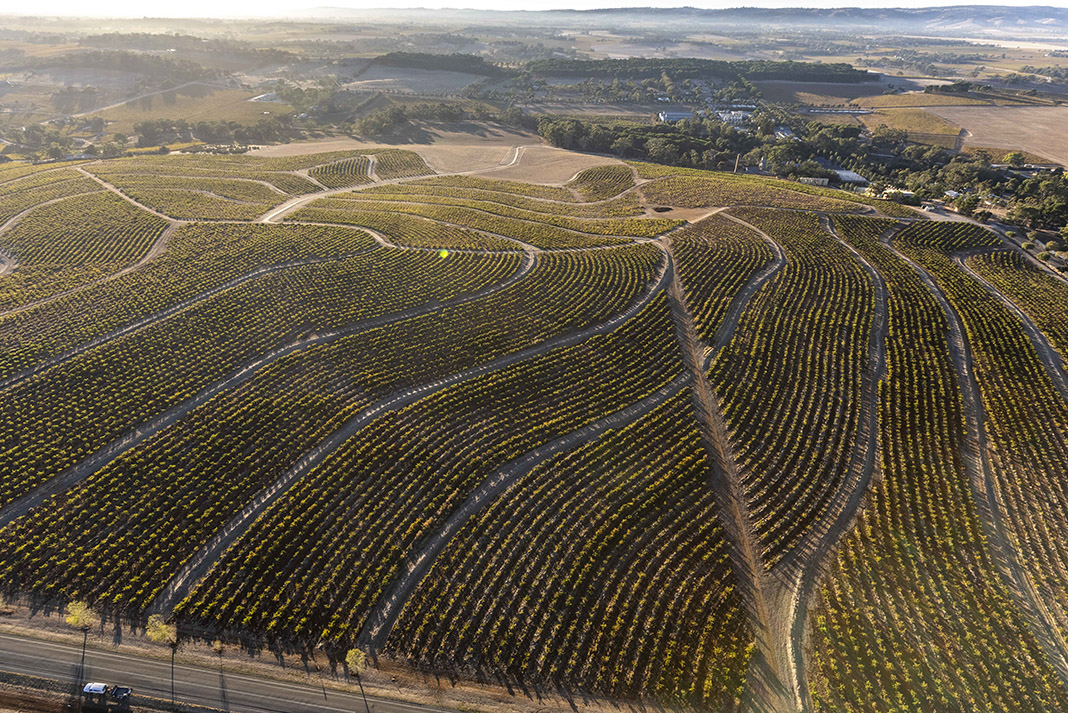 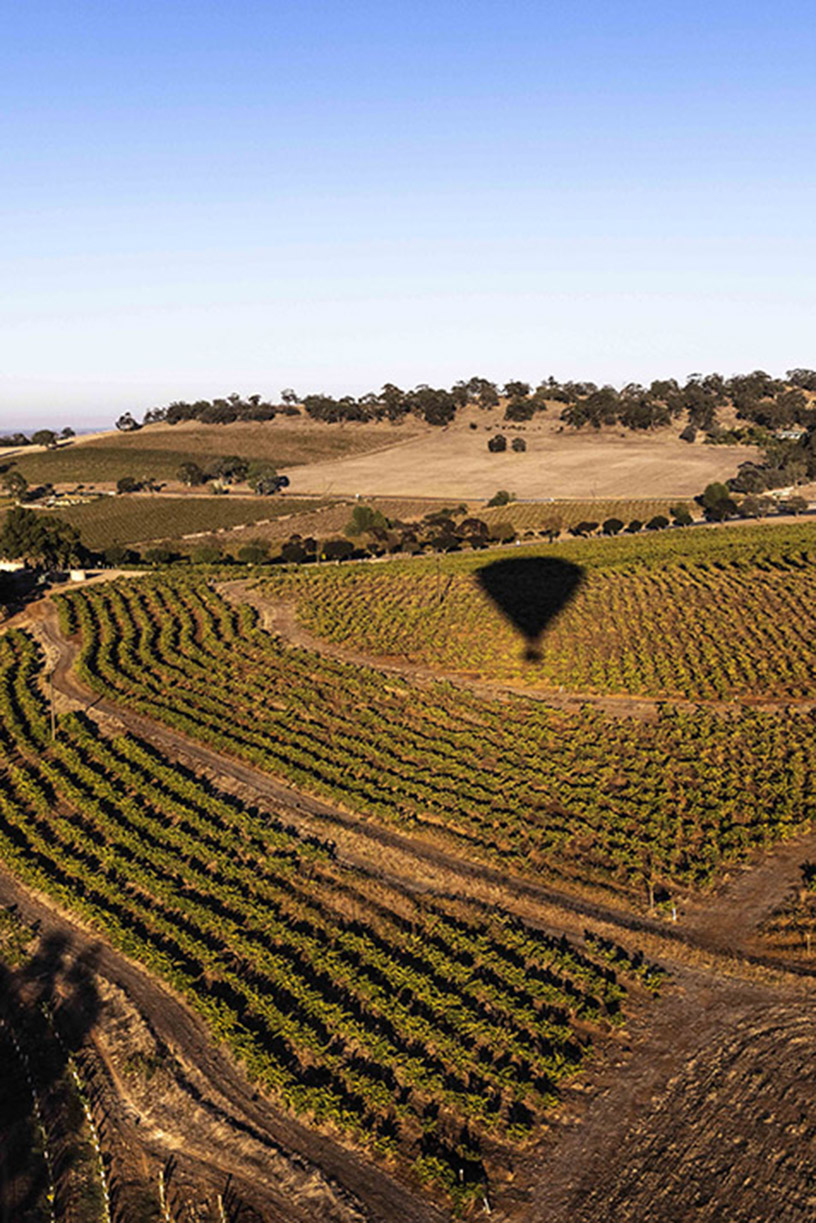 It’s been nearly twelve years now of 4.30 a.m. starts, with flights open for booking seven days per week year round, minus only ten days over Christmas when the Ludlows allow themselves a precious break.

And while Barbara no longer needs to crew for flights as she once did in the early days, she’s kept furiously busy as full-time on-call general manager.

Pair that with the unsociable working hours of her Chief Pilot, and she jokingly refers to herself and Michael as having “the social life of an amoeba”.

“Because the decision to go flying is never made until the day before in the afternoon, we can’t very well book other things in advance,” she explains with a raspy chuckle.

“We don’t go out very often, and most things we do are spur of the moment!”

Fortunately, the Ludlows credit a close circle of understanding friends who are prepared to drop a roast in the oven at a moment’s notice should the weather ground the following day’s tour.

They also cherish their time with Alex and Tracey, and two grandchildren, Henry, aged 11, and Lily, 8.

It’s a life they wouldn’t have any other way, at least not for now.

“We’ll do it as long as Michael’s happy flying. And then when he’s not happy flying, or the early mornings are getting too much, then we will just live in the Barossa. This is home now,” says Barbara.

“The pilot will decide.”