Home The People Above and beyond 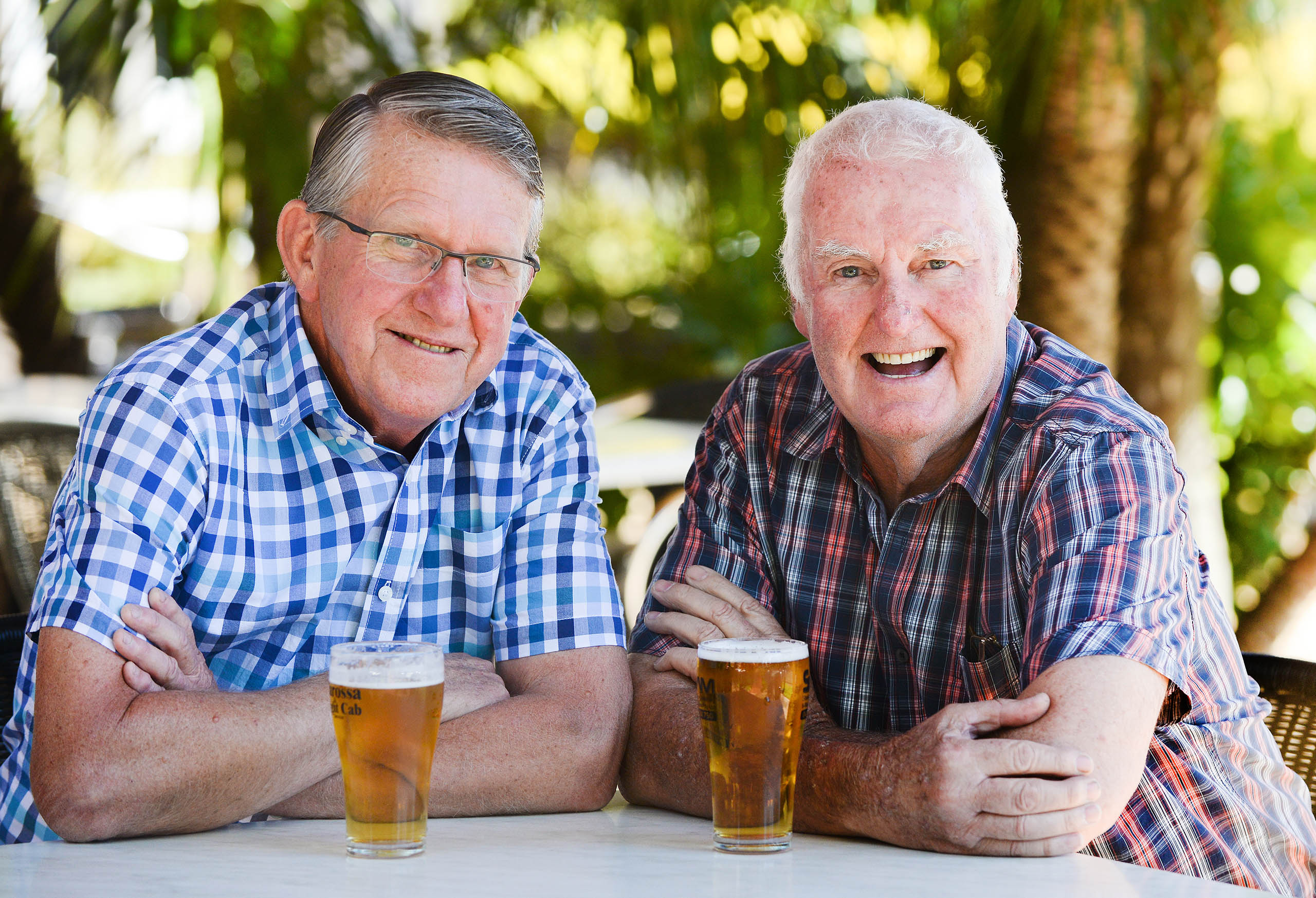 WORDS AND PHOTOGRAPHY BY

They might look like typical blokes having a yarn over a beer at the pub, but Dave Gerhardy and John Reed are anything but.

The two Nuriootpa retirees have forged the strongest of bonds through a lifetime serving their community as police officers and now, without fail, they meet at the Vine Inn for a “quiet ale” every month, sharing memories of their not so quiet lives on the beat.

“We met at the Thebarton Police Barracks,” John says.

John, son of a Renmark riverboat captain and one of ten siblings growing up in Leigh Creek, happily describes himself as “a boy from the bush”.

“I left school, then worked in the post office. While I was there, I did my interviews and got into the police force in May, ‘61.”

Dave, meanwhile, grew up in Lobethal with its lush green surrounds, destined to be a Lutheran pastor.

“I went to Concordia College and my parents wanted me to be a minister… I didn’t really want to,” Dave says.

When he was doing his Leaving Honours, Dave snuck off to be interviewed for the police force and was offered underage entry into the job though the cadet system.

“Mum and Dad had an inkling that there was something going on,” Dave says with a grin.

John and Dave were at Thebarton Barracks together for about a year before they went in different directions, John stationed as a cadet at Elizabeth and Dave going to the Fort Largs Police Academy.

They laugh as they share memories of their early days “kiddy copping”. Dave did city patrols and John ended up out in Oodnadatta for the final six months of his cadet life.

“It was pretty cruisy back then,” says John.

The duo met up again when they were stationed at Whyalla.

“They were short of policemen at Whyalla which was booming, so we went up there as ‘single men’. We were both about 20 years old.

“We knew each other straight away, worked on patrols and played up together – I mean, have a quiet ale after work.”

While based at Whyalla, Dave did relief work in the outback, from Kimba and Kingoonya, to Tarcoola, Iron Knob and Andamooka all the while getting involved in the community.

“I was living out of suit cases… always coming back to Whyalla. I was based there for two years.”

Having met his future wife Gayle, he was then sent to Coober Pedy.

“There was no actual police station..I lived in the mines department. Coober Pedy was still a frontier town then, apart from three stores, only five houses were above ground,”

Apart from police work, there were many  “extraneous duties” including court clerk, bailiff and census collector; assisting with burials and exhumations, motor registrations and having the authority to marry couples.

He eventually joined the CIB and was stationed back in the city before moving to Renmark where children, Mark and Chris were born.

From Renmark, Dave helped cover vast station country and the Riverland down to Swan Reach.

He was involved in some of the biggest drug crop busts in Australia and assisted police in NSW and Victoria. It was during this time Dave lived through his most frightening experience.

“That’s when I got shot at,” he says casually.

“You could hear the bullets whistling past.

“We were chasing him in boats…We pulled up alongside and he immediately pulled out his gun and threatened to kill us….he fired a shot and missed, then he went right inland. He eventually got cornered and that’s when he hid behind a tree and started firing at us. Lucky for us… he stuck his leg out and was brought down.

“When we interviewed him afterwards, he said he intended to kill us.”

After 11 years in CIB, the call of the outback was strong.

“I was asked if I wanted to go to Oodnadatta because they knew I had fallen in love with the bush… so we went back there with the kids, they were only little.

At the time, it was said to be the largest police patrol area in the world.

The couple’s little blonde sons created quite a sensation among the remote aboriginal communities who couldn’t believe such a hair colour existed.

“We loved it….Aboriginal land rights were topical then, they were coming in.”

Dave continued crossing paths with his mate, John who was now married to wife, Joan and raising children, Peter, Kylie and Vicki.

“I was a gasoline cowboy!” laughs John, describing life on a police motorbike.

He too was stationed “out bush” in remote centres including Port Augusta, Ceduna, Coober Pedy, Leigh Creek and Burra.

But it was Coober Pedy where he experienced his closest shave with death.

“There was a bloke that burnt his house down and ran around with a miner’s pick, going to tear the town a part. The first thing he did was put it through the windscreen of a brand new CFS truck and when we drove up to him, I thought he had quietened down, he got the pick and put it through the bonnet of the 4wd I was driving. Next thing he was gonna have me so I just called on the detective to shoot him. He wasn’t killed, but it was on my instructions. He would have killed a CFS volunteer.  I’ll be honest, it wasn’t good. That pick was just inches from my head.”

“Let’s face it, you had to expect bad times. Eighty five per cent of our work is usually with other people’s problems isn’t it? A lot of them you can’t solve, you can only keep the peace,” – Dave Gerhardy

Both have seen their fair share of terrifying incidents and heartache, some of which still play on the retired policemen’s minds.

“Let’s face it, you had to expect bad times. Eighty five per cent of our work is usually with other people’s problems isn’t it? A lot of them you can’t solve, you can only keep the peace,” Dave says.

But they also saw the funny side to their role, with one “friendly crim” running back to lend a helping hand to their pursuing copper after he fell down a mine shaft, and sprinting off again. Or that time a couple of young hoodlums called their local officer in charge  “fatso” –  oops, shouldn’t have done that!

Whilst they’ve witnessed the worst, they’ve also seen the very best in humanity and agree being part of the community was the part of policing they enjoyed most.

Dave’s life-long passion for football led him to playing in Whyalla with the likes of Barrie Robran and umpiring matches between indigenous kids on an “oval” of red dust in full police uniform, as well as encouraging grassroots footy wherever he went.

“You had to blow the whistle a few times because boy they could run. There was no way I could keep up…you could see the potential!” Dave says.

From service and sporting club involvement, to bottle drives and rubbish collecting, Dave was engrossed in all areas of community life. He even got roped into herding camels into town and managed to “import” lawn from the city “piece by piece” to create a real turf oval.

John was doing the same thing wherever he went, whether it was chairing a hospital board or running some community initiative.

He took aboriginal children on bus excursions, visited their schools regularly and built strong relationships as the local “Tjilpi”, the aboriginal word for “old wise man”.

John provided backup for charity walks, got involved with Lions, numerous other clubs and helped raise funds for countless projects. He was also the Anglican church warden and supported his wife, “Reverend Joan”, a lay minister.

“But she’s not the bible bashing type and neither is her husband!” John laughs.

John and Dave say community involvement was the essence to successful policing and key to building rapport and respect between cultures.

It’s the reason both received high accolades, John named South Australian Policeman of the Year in 1988 and Dave being presented the Australian Police Medal for distinguished service in 1986.

Dave was eventually stationed at Nuriootpa in 1990 where he remained until his retirement 11 years later. He quickly became involved in local life again, including taking on the role of operations manager at the Nuriootpa Rover Football Club which resulted in him being awarded Life Membership for his outstanding contribution.

John retired to Nuriootpa after a nine year posting in Clare which began in 1990, and is now set to take on the presidency role for the Lions Club of Barossa Valley.

The two retirees have no regrets, only great memories shared with each other and their families.

“They are good memories,” John says.

“Because we’ve lived to tell the tale!” 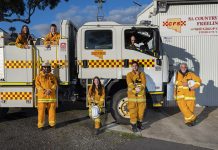 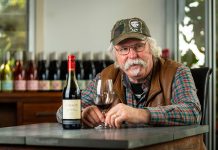 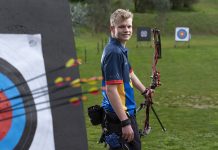 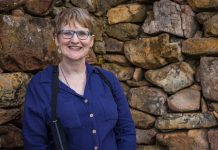 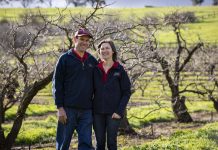