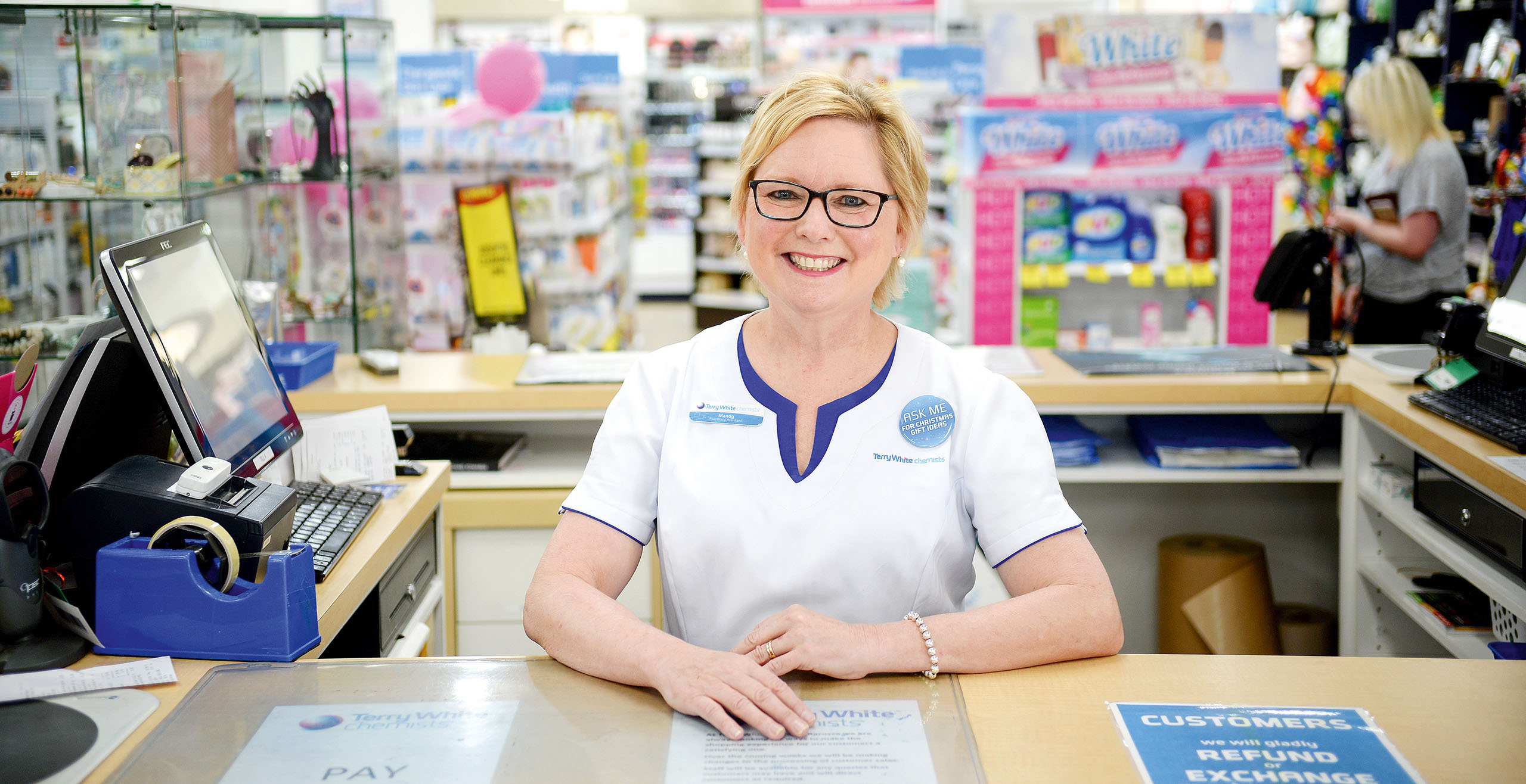 She’s the first to admit to being an average, run-of-the mill working mum, but many Barossans would beg to differ.

Nuriootpa’s Mandy Talbot says she’s not a manager, a boss or “anything special” and giggles as she describes herself as “one of the worker bees”.

Yet this big-hearted pharmacy assistant has touched the lives of more people than even she realises. “I like people. I’m definitely a people person,” Mandy says. “But I don’t think I do anything extra special.”

From the outset, that might be the case, but bit-by-bit you’ll soon discover Mandy perfectly represents a group of largely unnoticed women whose quiet work behind the scenes help make their community a better place. These compassionate, kind-hearted Barossans are the ones who put their hands up to collect for Red Cross, host a Biggest Morning Tea for the Cancer Council or appear on your doorstep with a nourishing casserole when life takes an unexpected turn.

And for Mandy, life’s work is all about caring for others, lending a listening ear and giving from the heart. Her cheerful, fun-loving nature is contagious as she serves customers from the elevated central counter at Terry White Chemist in Nuriootpa where she has worked for more than 5 years.

It’s through these daily interactions with people and looking after her own mother as she struggles with Alzheimers that has led Mandy to become a voice for issues people are not inclined to speak about. “You see a lot of people come in here that are carers and you see people struggling through that – I know how hard it is,” says Mandy.

“It’s not only Alzheimers…. People may have lost a partner recently…all those things where people just need that little bit of love, some nice caring words. “Sometimes, for the people that come in here, we are their only contact and you just want to be there… make them smile, that’s probably what I strive to do in my day.

“I’m no boss or supervisor or anything like that, but the people that I meet, I try to make them feel good and happy about themselves and feel that they are cared for. “Being kind or having a listening ear can probably change someone’s life. You think it’s just a day, but it’s not – you can change their whole life if they are in a down time.”

That compassion for others has extended well beyond the counter and out into the community, helping all age groups. Earlier this year, Mandy organised a “Walk for Alzheimers” event in Nuriootpa and whilst it was a fundraiser for the cause, it was more about creating awareness. “I didn’t know how many would be there, but all these people turned up and we walked from Coulthard House to the playground.

“The best part of it was that there were so many people that came out of the wood work, either having lost their partners to Alzheimers, caring for someone with it or they’d just been diagnosed. “It was amazing, It was such a support for each other, …I still get emotional thinking about it!”

Together with her husband Tony, Mandy has raised three successful sons: Josh, aged 26 and twins, Mitch and Toby who are now 24 years old. Her “beautiful boys” are her pride and joy and it’s her family who have inspired her to support men’s health and causes aimed at educating young people. “Obviously, I think we have been pretty blessed with our three children. They’ve had health issues as well, they’ve had anxiety and depression so I know what that’s like. “And men don’t talk about their health,” she worries.

Most recently, Mandy completed “Ocsober”, 28 days without alcohol, to raise funds and help break the cycle of alcohol abuse among young Australians through an education programme run in schools. “It was a moment of madness and it nearly killed me!” she says with typical Mandy humour.

“I did that one because I’ve seen people with teenagers that aren’t aware of how bad alcohol and drugs like Ice can be. The whole purpose is education…. Even if you get through to just one child, it’s one life you might save.”

Losing so many young people through car crashes in the region was another reason she wanted to support a programme which sends survivors of serious vehicle collisions to speak to students at both primary and secondary level. “Since living in the Barossa, I’ve seen so many accidents and lots of people that I have known have been lost. “I think if you can get that awareness out there, when they are at school, they might see someone in a wheelchair and it might just be enough to think, okay, I’ll drink but I won’t be getting behind the wheel.”

Mandy couldn’t be more proud of supporting her son’s fundraising efforts through “Movember”, another men’s health initiative, and is pleased her boys are following her example. “I suppose I do get involved in lots of things. “I’m a bit naughty I guess, I can’t say no! I love being with people, helping people. I suppose when I get onto something, I’m fairly passionate about it.

“To the young ones I’d say doing something for others actually makes you feel good, you just feel so satisfied.”

Mandy has helped to organise Nuriootpa Town Day and Relay for Life, been treasurer for her local kindergarten, collected for Red Cross and the Heart Foundation, packed hampers to distribute to those in need and cooked lasagna to feed the firies. You’ll even hear her belt out a tune and sing in various community events around the Valley, bringing joy with her musical talents. “It’s what you do…just little things, nothing spectacular. “There are so many people that do things behind the scenes and probably never get recognised for it – little quiet achievers.”

She lists people like her neighbour, Val Schultz and the likes of Kathy Schilling, Belinda Anderson and Marie Michopoulos who are among the many like-minded Barossans she knows that are out giving back to their community.

“We’ve got such a very strong community spirit and people go out of their way to help each other out. I’d say that’s what makes the Barossa what it is.”

But there is one curious habit many wouldn’t know Mandy has. A “hidden” obsession that her family and friends are very much aware of resulting in her running around the house to the Benney Hill theme. “It’s ridiculous…I’m just so embarrassed,” she reveals, head hung in shame.

“I’m a cereal contester! I enter everything, it’s shocking.” At the pharmacy counter, Mandy happily encourages everyone to enter into various competitions and promotions, but little do they know of her own competition addiction.

“The silliest one I did was for Finish Quantam, for your dishwasher,” explains Mandy. “Our whole family did a video and it was all done to the Benney Hill song – ‘Talbot’s Messy Meals’ – look it up on Youtube!” she laughs. That won her $600 worth of dishwashing tablets but there have been many other successes. (click here to view the video or see below)

“I won a holiday for my friend Marie, that was a good one.. she had cancer at the time. I’ve won a huge bear from the Community Store, I’ve stashed that away for the first grandy! “Oh, and I won the singing at the Adelaide Carol’s by Candlelight that one year….and then there was the biggest pumpkin competition.”

Family, friends and a sprinkling of good fun is what makes Mandy as happy as she makes others. “It’s all for giggles – that’s my whole life really. My goal is no matter what you do, you need to be happy.”