Home The People When the panther strikes 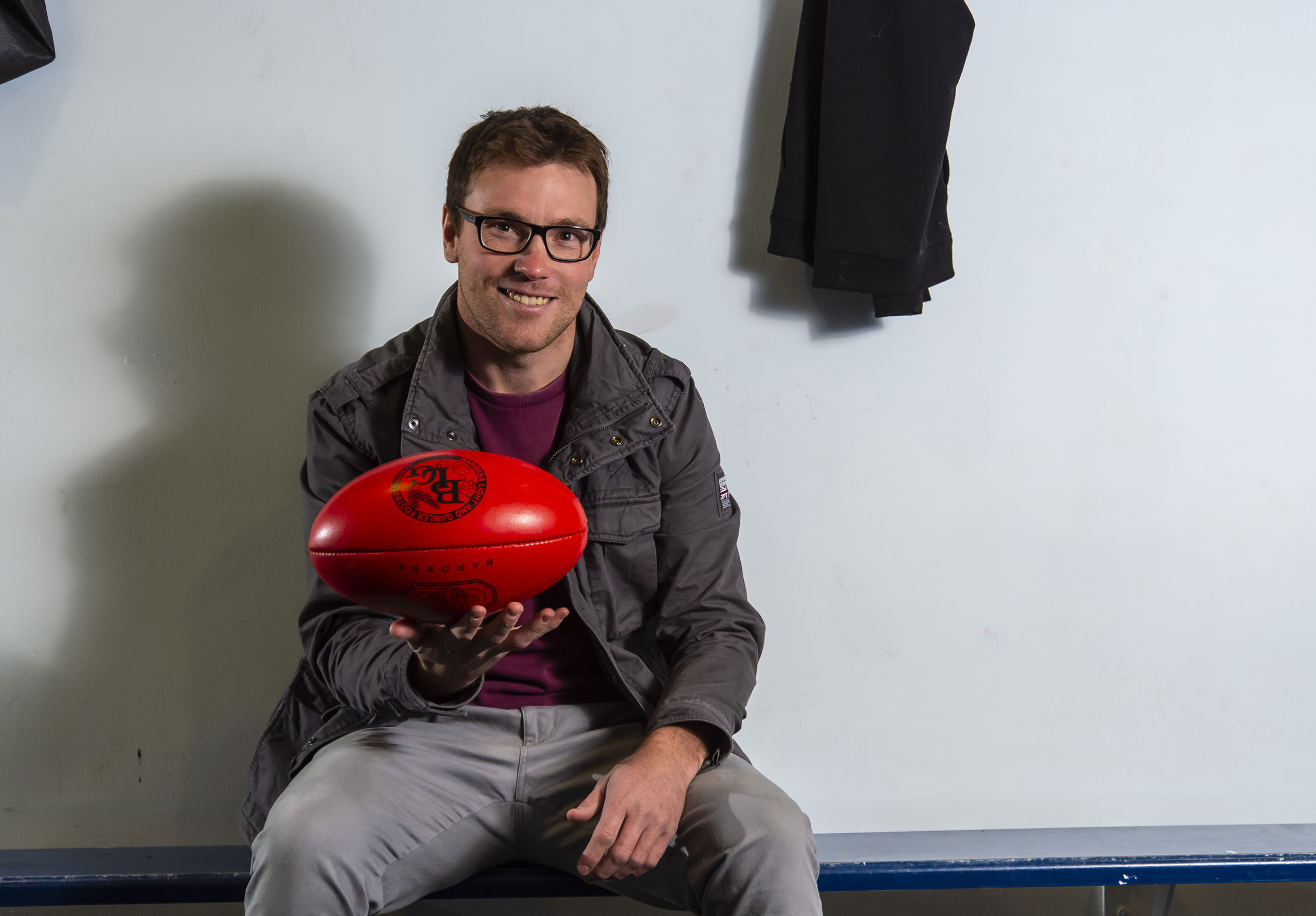 He might not have taken a hanger at the MCG or hit a six in an Ashes test, but Angaston’s Greg Bain is proving just as inspirational.

Greg is one of those home grown talents whose passion for cricket and football was nurtured at grass-roots level. Now, at nearly 30 years of age, he’s determined to give back to the two Angaston clubs that have helped shape the man he is today.

Bursting onto the cricketing scene as one of the youngest Angaston Cricket Club players in history to debut in a senior side, Greg surprised everyone when he scored 142 not out as a fill-in for the A3 team.

“I was eight when I played my first senior match,” says Greg, nicknamed “Bainy” by his mates for obvious reasons.

Even his dad, former Angaston cricketer, Steve “Bundy” Bain couldn’t believe how young his lad was when he took to the crease that day. Greg had to unearth a clipping from The Leader dated November 1, 1997, before he was convinced.

“He couldn’t have been very big!” laughs Bundy recalling the innings out on the Nuriootpa High School oval – he was playing in the same team. “I made 32. I pulled a hamstring and retired hurt and he just kept going. I’ve never heard the end of it I can tell you!”

Greg was born to play sport because, as Bundy explains, “it’s in the genes”.

“We come from a pretty strong sporting family on both sides and it’s just continued on,” Bundy says.

Whilst Greg never saw his dad strap on the footy boots for Centrals back in the day, it was Bundy, a trainer for the Panthers, who inspired him to take up the sport. And as a youngster, Greg spent nearly every weekend watching his father play cricket and his older sisters play netball, so it was inevitable he would want to get involved too.

“I started playing football around the same age as cricket,” explains Greg.

His first memories of donning the blue and white was in the modifieds during the A-Grade half time break. He continued up through the ranks and hadn’t quite turned 17 before he played his first A-Grade footy match.

“Summer was cricket, winter was football, that’s the way it was all the way through pretty much,” says Greg.

“I guess I am competitive in everything I do. Even at work I’m pretty full on. That’s my nature.” – Greg Bain

Meanwhile, Greg attended Nuriootpa High School and admitted it really wasn’t his thing so when an apprentice carpenter/builder position with C O Juncken became available, he jumped at the opportunity.

He’s been with Juncken’s for 11 years now.

“I guess I am competitive in everything I do. Even at work I’m pretty full on. That’s my nature.”

Greg’s talent for cricket continued to shine. He played in Junior state competitions in Under 15s, 17s and 19s and after three years of playing A-Grade for Angaston, ended up at Northern Districts for seven years where he was given the chance to play county cricket in the UK.

“I was probably about 21-22 at the time… I thought it was a good opportunity to play in different conditions, pretty much fight for myself and get away from my comfort zone over here.”

Greg spent six months playing for Bexley in the county of Kent, returning the following season for another six.

“We think we love cricket over here but they are next level.

“It definitely improved my game and opened my eyes…The pressure of being overseas and having that real drive to succeed was good.

“I probably would have kept going but after two years my visa ran out!”

By now, Greg had met his future wife, Kylie through friends back home in the Barossa and she was playing netball for the Panthers.

Winter Saturdays were spent playing footy with his best mates and he captained the side for three years chasing that ever elusive Premiership Cup.

After a two-year break from cricket to re-ignite his passion for the game, Greg decided to return to the club where it all began. He re-joined the Angaston A-Grade side as Vice-Captain with a new mind-set, more experience and a fresh hunger to do his home team proud and share the knowledge he had gained.

Success followed and today, “Bainy” is recognised as the pre-eminent batsman of Barossa & Light Cricket Association, winning a John L. Mosey Medal and claiming four premierships in as many years, two as vice-captain and two as captain. This season he’s taking on the role of captain/club coach as he seeks a fifth title.

Yet his other sporting love, football came to an abrupt halt following a cruel twist of fate.

“The first time was a fair bit behind play. That was pretty scary actually. Not just for me. My family was there, Kylie was there… I was knocked out and went to hospital.”

Greg would receive another concussion, then a third the following season.

“I ended up going to Angaston Hospital and then to the Royal Adelaide in a neck brace. That was really bad, I don’t remember that last one too much.

“They said I had a little fracture in the neck which is something you really don’t want to hear.”

It was revealed the fractured vertebrae was twelve months old, suggesting it was done the previous season. Greg’s specialists said tough decisions had to be made as he recovered from symptoms that lasted several weeks.

“Three or four years ago the issue of concussion was just starting to come out, but not really a massive issue like you see now.

“Today you would probably make the decision not to play a lot quicker. The right people supported me at the time. There are probably a lot of people who don’t understand and still don’t understand why I gave it away. But, I knew in my own head that the time was right.

“It was upsetting. Watching the last game of the season I was emotional as, walking away  from the lads for the last time.

“I think that’s the hardest thing. My really good mates are still playing but I can’t.”

Greg has not been able to bring himself to watch footy since.

“I’ve had to give myself some space. It is just hard to go and watch because you want to be a part of it and you are not.

“I’m probably almost past that now and want to get back involved. I still have a lot to give.” 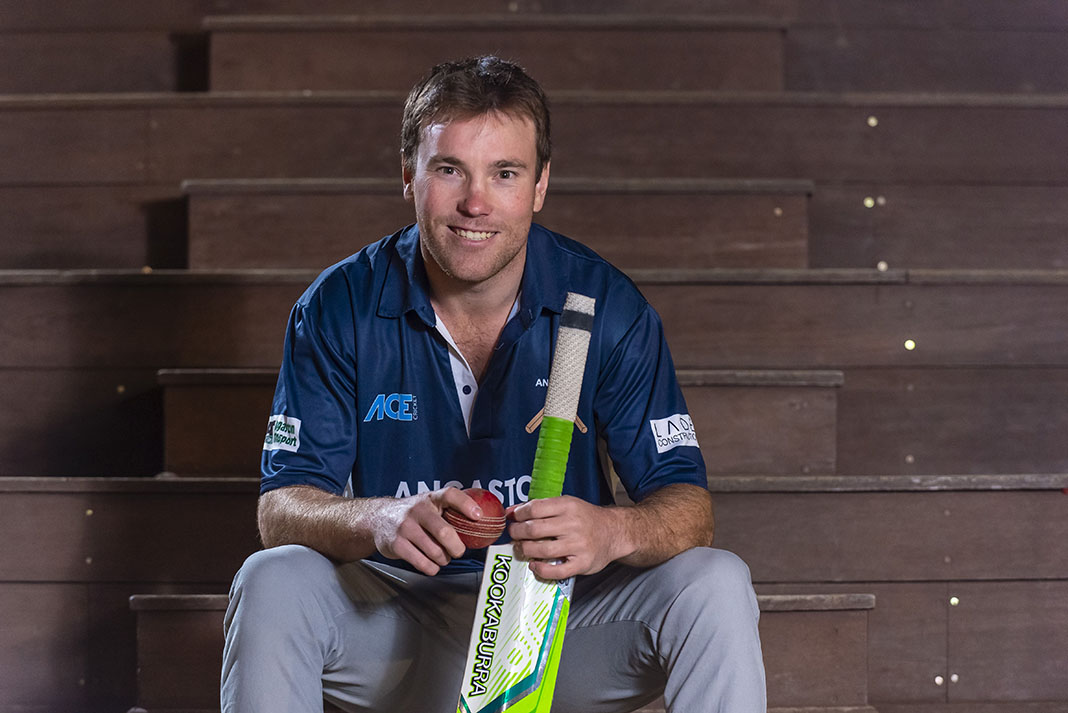 Greg says he will return to the Panthers in a coaching capacity one day because he’s got unfinished business – a footy Premiership.

“That’s what’s driving me to do something with football, something that I couldn’t win as a player. It doesn’t matter if you are a player or a coach, you’re involved – you win together,” he says.

“I’ll get back into it, it’s just a different direction. I am still looking forward to as much as
I did before.”

But for now, Greg is fully focused on giving back to his cricket club, ensuring his leadership brings consistency across all grades so their current success continues well into the future.

“I took footy for granted for a period and when you lose that…Cricket is it now, I don’t want to take that for granted because it can finish as quickly as it started.

“There’s a big hunger at the cricket club to keep doing well and keep winning.”

Whilst Greg is committed to his cricket club, there is another love in his life. He’s just become a dad for the first time to a son named Henry.

“It puts everything into perspective. Brings the best out of you, puts a smile on your face even if you do think of bad times,” says Greg.

“Henry is pretty much everything now.”

Watch out, it looks like there’s a new baby Panther on the prowl.