Home The People When truth is better than fiction 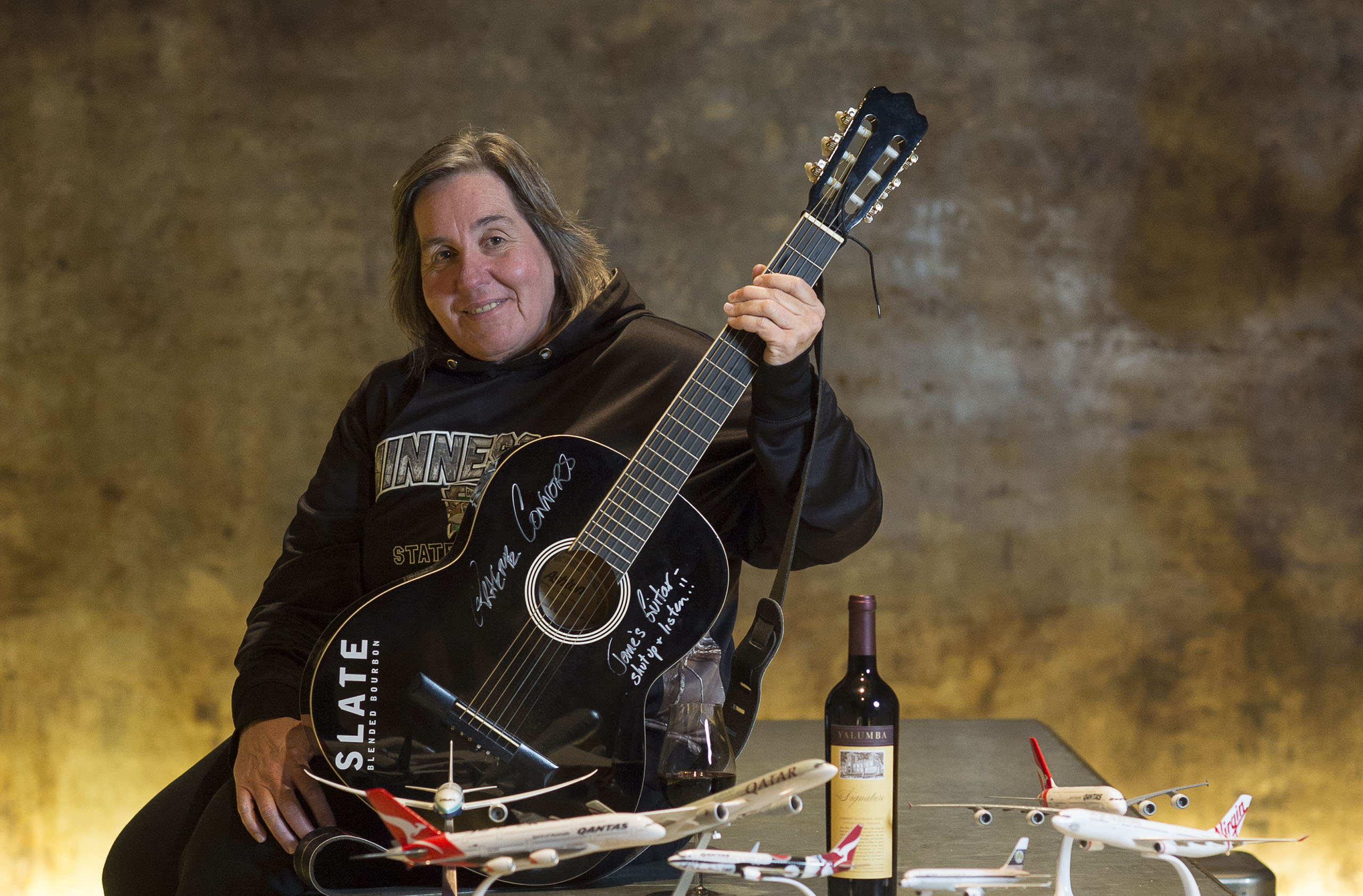 There’s a Ferrari in Angaston that’s clocked up some serious mileage.

She’s not your cliché four-wheeled sleek red duco type, that would be far too boring. No, Jane Ferrari is a woman on a mission, a globe trotting wine-biz legend who is as fast-paced as her namesake suggests and, quite frankly, a bit of a motor-mouth when it comes to spruiking her Barossa.

Jane can spin a yarn at fifty paces, every one of them based on true life experiences gathered during her 17 years jet-setting around the world as brand ambassador for Yalumba Wines, Angaston.

She introduces herself as a travelling winemaker yet the description hardly captures the true generosity of spirit this official Baron of the Barossa offers in spades.

“I started calling myself a storyteller a fair while ago and people would laugh. People don’t laugh so much anymore,” Jane says.

“It’s kind of like brown corduroy pants, if you hang around long enough you become trendy all over again, you know?”

Such are her stories and ability to command a stage with her down to earth nature and comic timing, that Jane has managed to transform her experiences into an Adelaide Fringe Festival show aptly named “Ferrari Unlimited Kilometres”. She’s  had patrons hanging on her every word listening to her “fairly dodgey” singing and “three chord” guitar playing, alongside fellow Barossans whom she roped in as guest artists. 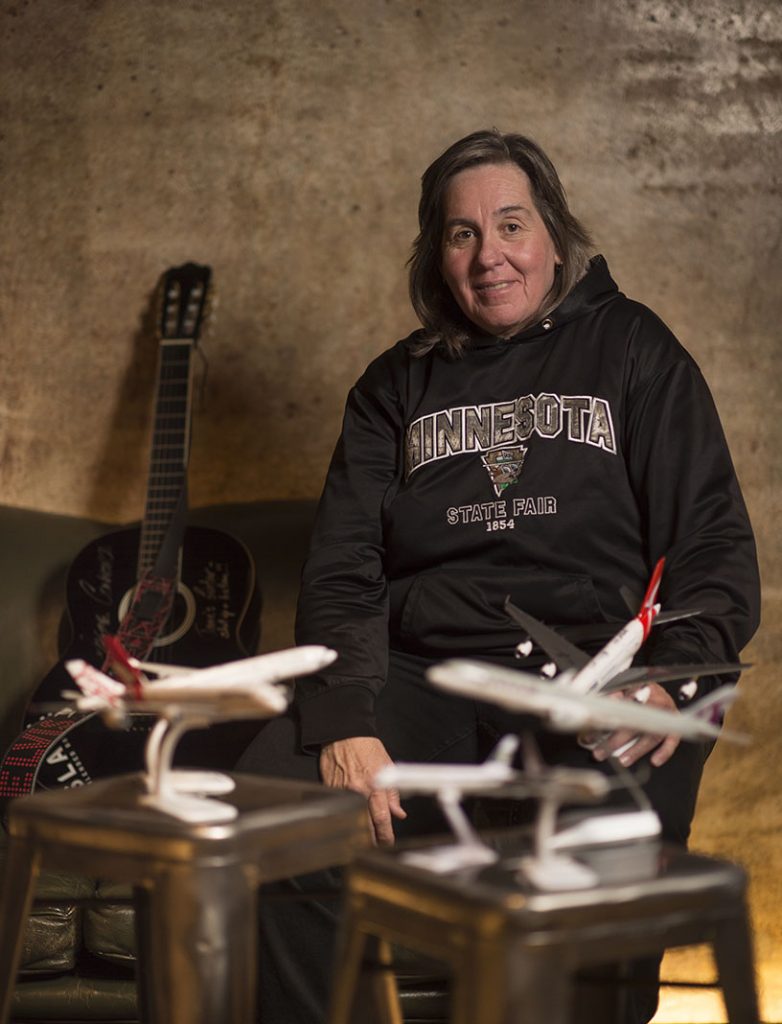 Listening to Jane, you find yourself on a roller coaster ride of adventure. She talks of growing up in Alice Springs and arriving in the Barossa after studying winemaking at Roseworthy College “with a pretty amazing class” that included the likes of Rolf Binder and Chris Ringland.

“I got to my third year and you had to do a vintage to get your qualification,” says Jane.

“I couldn’t get a vintage for love nor money and I started to worry what was wrong with me?

“Bob Baker, my distillation teacher, spoke to John Glaetzer who had graduated dux of his course and was working at Wolf Blass back when Wolf Blass had 14 employees, not 1,400, and so he said to John, just give her a job doing anything.

“I didn’t realise at the time if you were a girl, working as a winemaker or a cellar hand was just not on the cards. It wasn’t a matter of not being allowed to do it, it just wasn’t the norm.” 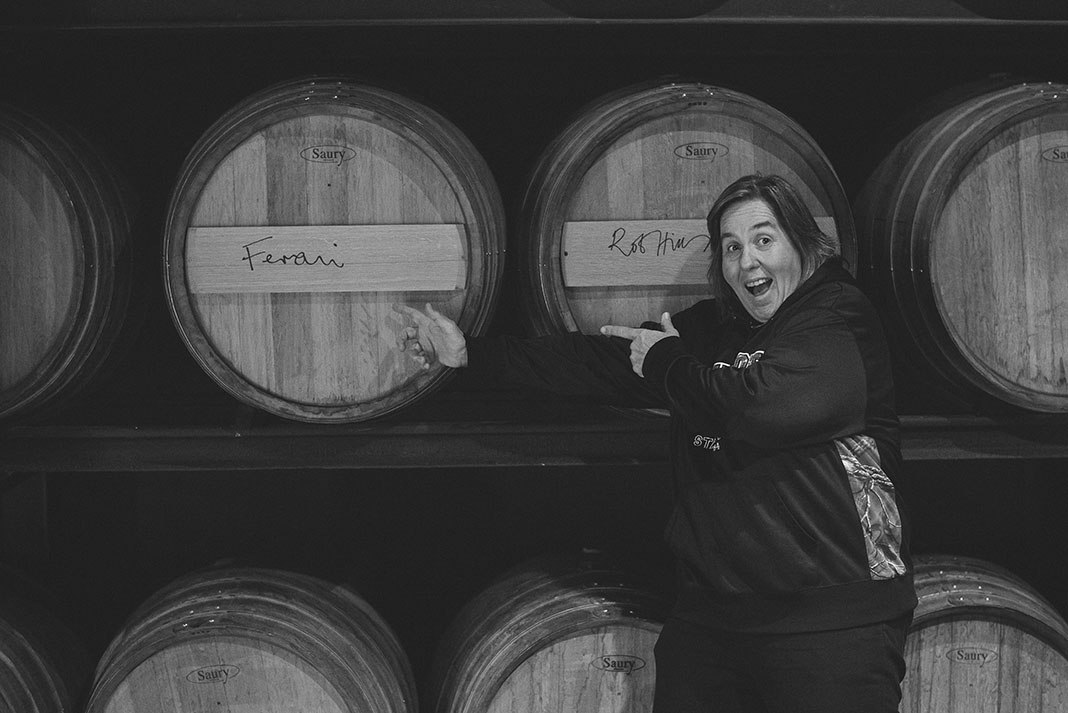 Jane’s first vintage was in 1983. She was 19 and remembers being given the job of unloading wine tankers with Aub Rohrlach who was a driver back then. In those days Wolf Blass had all their whites crushed under Doug Lehmann at Basedows and reds crushed at Masterson’s under Peter Lehmann and Andrew Wigan with Charlie Melton as foreman.

“I was throwing barrels up 3-4 high with the guys making stacks….It was a very rude introduction to the wine industry. But that was alright because later on down the track you realised you were in a really interesting place at a really interesting time and you just didn’t realise it.

“1983 was the floods and fire year. It was also a Vintage Festival year which was pretty neat. We saw the Valley before it got corporate and before it got merged and acquisitioned. It was a really interesting time to be around.”

Jane boarded with various families in the Barossa and lived at the old Top Drop Hotel for a time “when the bird next door was freelancing” as she likes to put it – that  story made it to her Fringe performance.

“When I’m doing my show, everyone asks for the poem, The Queen of Room 15!” she laughs.

Jane’s winemaking qualifications now in hand, the bright lights of the big city beckoned and she accepted her first full time job with Tolley Scott and Tolley at their bottling line in Sydney.

“I was working for the biggest spirit bottling warehouse in the southern hemisphere.

“I didn’t know it was the kiss of death for a winemaker to go into bottling and spirits. Which is really interesting now that spirits are so hot.”

Jane tells how she joined the Balmain Rugby League Club cheer squad with players “springing off” her first attempt at making a run through banner; and how she did stage set and fold back for a rock and roll band that played gigs 4-5 nights a week.

“We would support groups like Mondo Rock and play all these amazing venues. It would be nothing for us to come in at 3-4  a.m. from Newcastle, park at Kings Cross and have breakfast at Sweethearts because it was open 24 hours. It was like you were walking into a Cold Chisel film clip. You’d be nodding in acquaintance with the bikies at the Pink Pussycat strip club. It was one of those amazing times.”

Jane returned to South Australia when  her mother became ill and gained employment at Yalumba as quality control line checker because of her bottling experience, but a mate encouraged her to apply for a Cellar Door position at Rockford Wines.

Jane’s sense of humour came to the fore as she recreated the winery’s newsletter in a quirky job application that caught Robert O’Callaghan’s eye. He gave her the job.

“We had celebrity clientele like Dennis Lillee and U2. You’d get someone who would walk in on a Tuesday afternoon, no one else around and you’d talk to them for three hours and they would end up being the conductor of the London Philharmonic and be married to Joanna Lumley! Or you would get three plumbers from Melbourne in stubbies and thongs who would come in, taste everything then buy $5,000 worth of wine, put it in the trailer and go home. It was just extraordinary.”

“I don’t mind flying at all. I look at those A380s, those big birds and I’m like how the hell do they stay up there? I’m fascinated by the whole thing and my desk is covered in models of planes. I’ve started getting the pilots to sign them.” – Jane Ferrari

Jane would return to Yalumba as Cellar Door/Events manager with a wealth of experience and in the year 2000, Robert Hill Smith offered her the opportunity to travel around the world on behalf of his family business to develop and strengthen market relationships.

Not one to let opportunities pass her by, Jane still uses every spare moment between marketing gigs to “go adventuring” as she continually adds to her increasing list of stories.

But jumping trains in a desperate attempt to get to a Minneapolis distributor’s launch from New York following of 9/11, tops them all.

“I was on my own and I had to get out. There was no phone,” explains Jane.

“You just didn’t know… it was the end of the world. Everybody was saying this was the first of the double punch. There was military in the air and stuff happening on the streets…stuff falling out the sky.”

Jane managed to get a printed ticket for a train, even though it wasn’t valid, and she jumped the turnstile to make her escape.

“Once I was past security, I just hid in the toilet until we were two hours out of New York…I got lucky.”

It’s these stories and more that capture her audience’s attention, yet Jane’s Barossa experiences and rubbing shoulders with famous winemakers before they were famous is what she is most grateful for.

“It was like I had the best trade apprenticeship you could ever do,” she says.

“I learned from John Glaetzer, that great wines are made in the vineyard; Robert O’Callaghan was that you’ll never do anything harder than make something look easy but the only way you can make things look easy is be right on top of your game and then, from Robert Hill Smith it was like, the world is your backyard.”

Whist she has no regrets, there are some lessons she would teach her younger self if she had her time again.

“The trick is to be smart enough to realise when you are on a good thing….you can’t be what you’re not, you are best off playing to your strengths,” Jane says.

“And don’t throw those barrels up because your knees are important!” 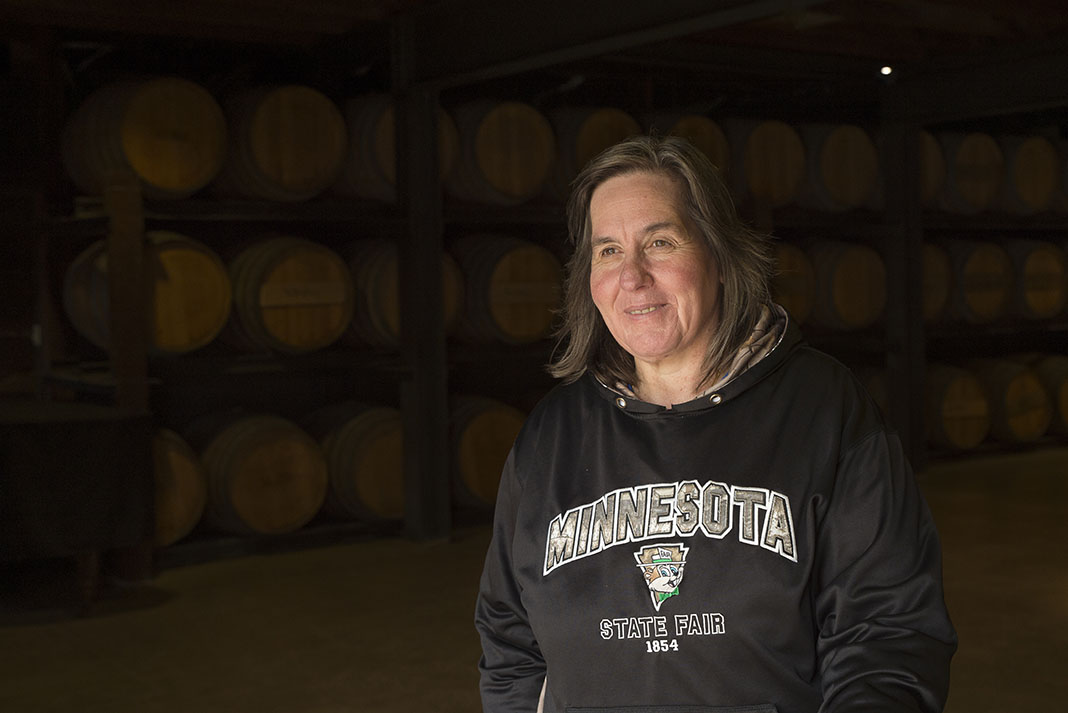 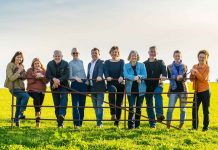 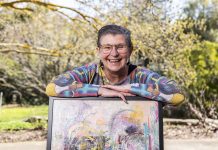 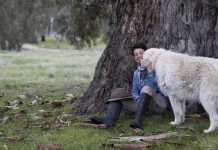 For the love of the flock 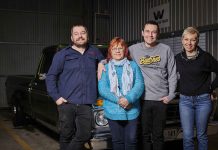