With thousands of stories to tell and characters around every corner, a new Tourism Barossa video is encouraging people to discover the unexpected Barossa.

The video, just released by Tourism Barossa, reveals a seemingly unexpected side of the Barossa, a region that is 175 years old and counting, but one that offers constant rediscoveries and is on a perpetual mission of innovation.

Never to be satisfied with the status quo, there’s a new breed of boundary pushers including winemakers, artisan producers, growers, distillers, chefs and brewers, working behind the scenes to carefully carve and mould the authentic Barossa produce and offer something a little ‘unexpected’.

The video features a group of winemakers, chefs and Barossa personalities who have been recognised as some of the region’s next generation of innovators, creators and producers.

Tourism Barossa’s Regional Tourism Manager, Ms Cathy Wills is excited to share the next chapter in an age-old / ongoing story of Barossa innovation.

“Our region is steeped in history and emerging from the richness of tradition is a discovery of the new,” she said.

“I love that Barossa growers, winemakers and food producers are on a quest for self-improvement and reinvention, and that we continue to see fantastic characters emerge and their stories unfold.

“I think visitors to the Barossa want to connect with our generational traditions as well as discover something or someone totally unexpected around the next corner. We’d love to entice visitors to explore, seek out and discover the Unexpected Barossa – to realise that each time they visit opens the possibility of a new experience, a chance encounter and an opportunity to embrace a side of the Barossa they have never realised existed.”

Regional Tourism Manager, Cathy Wills added, “Tourism Barossa’s new campaign provides an insight into the Barossa through the eyes of the innovators.”

“It’s their reflection on the Barossa that they love and a celebration of their contribution to our constantly evolving region.” 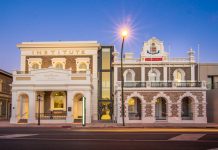 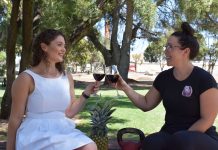 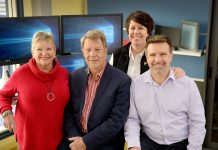 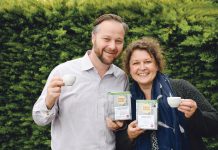 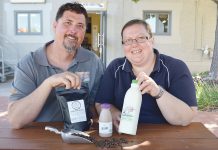