Cutting through the barriers

Winding its way westward from Tanunda, Stonewell Road provides a glimpse of an ancient soil profile as the hill rises gently and the road cuts through to reveal ochre coloured horizons.

Married to grapegrower, Daniel McDonald, running the family-owned winery while raising their two sons, Thomas and Luca is her idyllic scenario, yet it’s one Belinda could never have imagined as a young girl.

“My dad worked in a plastics factory, my mum stayed at home with four kids so we didn’t have much in terms of finances,” says Belinda, describing the “tough” suburb of Mitchell’s Plain situated on the outskirts of Cape Town.

“I’m an indigenous South African from the Cape region, that’s where my people are from and during Apartheid it was difficult. Education was held back from my parents and there was very little opportunity for them, but post-apartheid things started to change.”

Belinda didn’t envisage a future in the wine industry due to the lack of women role models. 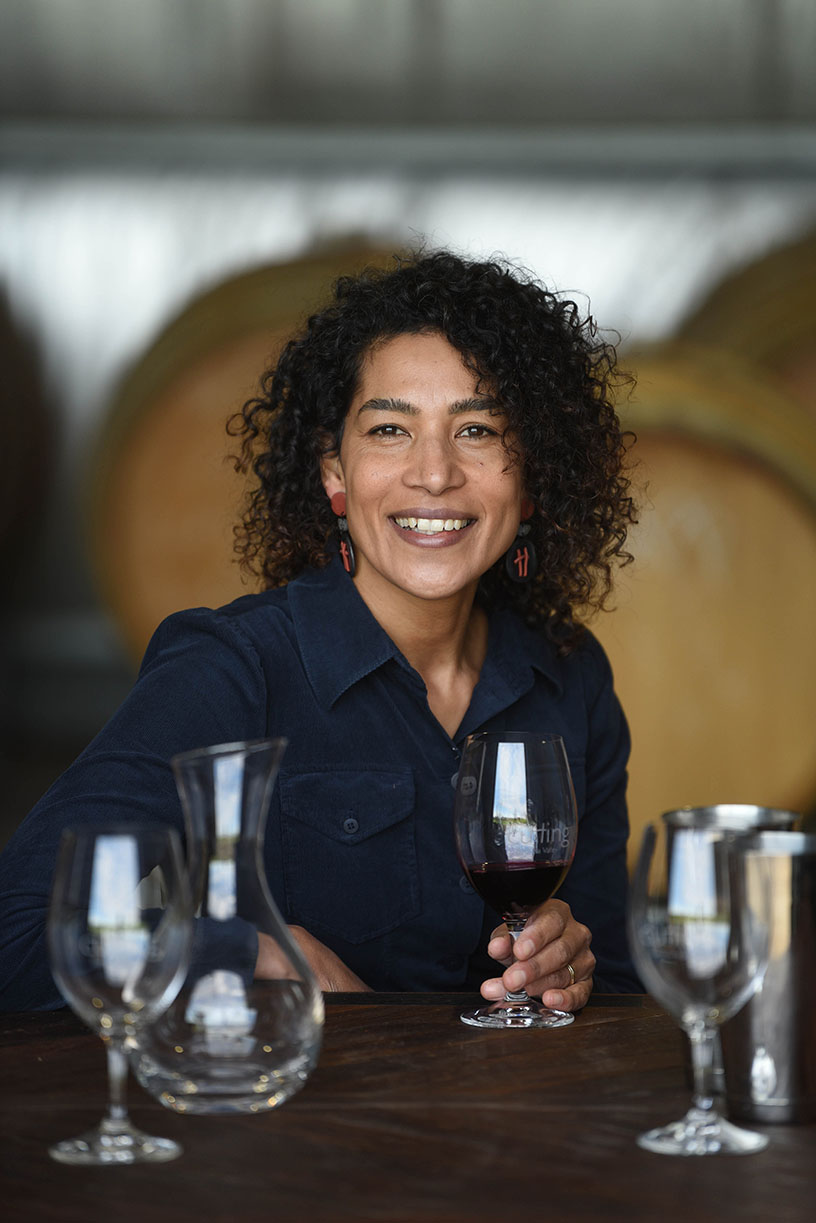 Encouraged by her parents, Belinda studied Food Technology and during an internship in a winery lab she made a career-changing discovery.

“I remember tasting a fermenting Chardonnay. For me it was fascinating, the process of fermentation, the humble grape turning into wine was pretty amazing. That sparked the interest in me,” says Belinda.

She did, however, end up working in her field of study but the lure of the wine industry proved too strong and the connections she had made earlier gave her the opportunity to undertake an internship in California for the 2005 vintage.

“I worked in the lab but inched my way into the cellar and got a taste for what it’s like to work as a cellar hand.  It was a smaller winery, specialising in Chardonnay and Cabernet in the Alexander Valley – a beautiful area.

“Then I met Daniel!”

Born in the Barossa, Daniel says he was a “directionless 15 year old” when he suddenly discovered a love for viticulture during Year 10 work experience.

His late father, Rod was an accountant at Penfold’s and “farmer at heart”; his mum, Jude, a teacher. They bought the family’s 45 acre property at Stone Well in 1981 when their only child was one year old.

The vine pull scheme made quick work of the old Riesling bush vines and their property was  operated as a hobby farm until the late 90s where Rod and Daniel noticed the neighbours.

“It was a boom time in the wine industry and we were putting cereal crops in, running a few sheep and looking at everyone else making money!” Daniel laughs.

“So Mum, Dad and I planted 12.5 acres of Shiraz in 1999. That worked out well, because I had just started viticulture at Uni and it was like the ultimate prac. That was a really nice thing to do with the folks.”

Following the well-beaten path many young Barossans have taken, Daniel found himself working the 2005 vintage in Sonoma, California.

“I lived in Healdsburg and that’s where,  around the corner, was this nice South African intern I met. It was like helloooo Belinda! Howya going, alright? I might have dialled up the Aussie accent a bit!”

“And I was none the wiser,” laughs Belinda.

“After a few months, the fun had to end because we both had to go home.”

Daniel ended up in Robe, working for Southcorp and Belinda continued travelling the world, honing her winemaking skills.

She did a vintage in New Zealand after which Daniel paid a visit and they both pruned vines for a month before travelling the South Island in an old Nissan Bluebird. 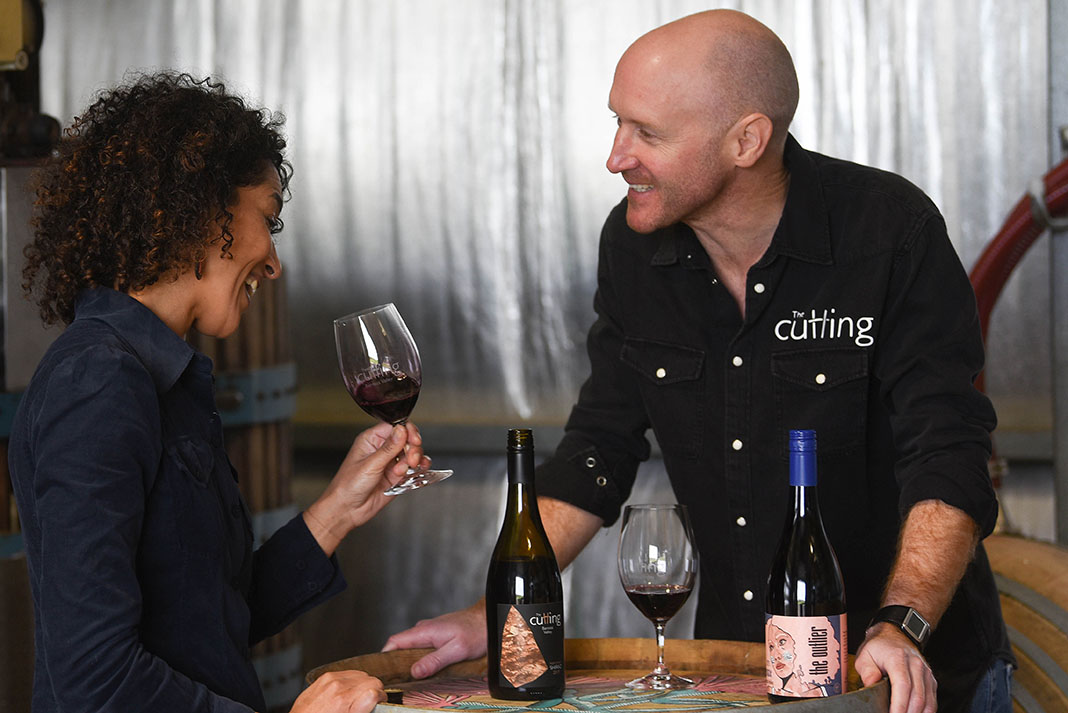 “It’s been a great journey and I wouldn’t have had it any other way. It’s taught me so much resilience and enabled me to be where I am today”

There were stints at wineries in France and Portugal as well as South Africa during a time she describes as “a winemaking traineeship like no other.”

“He was persistent!” Belinda giggles.

“He met my parents and stayed in Mitchell’s Plain which was a bit of a culture shock.”

Belinda moved to Australia in 2010, yet she had one condition.

By now, Daniel was working for Pernod Ricard where he still works today. He was overseeing vineyards in Langhorne Creek and the South East while helping his Dad in the family vineyard on weekends.

Belinda was a contract winemaker with the same company. But, at 31, her inherent strength, tenacity and courage was tested to the core when she received a life threatening diagnosis.

“I had an aggressive form of ovarian cancer,” she says.

“Within two weeks I was on the operating table having a 500 gram mass removed from my abdomen which turned out to be my left ovary. Post surgery, I travelled back to South Africa for four intensive sessions of chemotherapy.”

It was a heart-wrenching time for the couple and their families but Belinda only missed one vintage during her recovery.

The following eight years, she worked as a Label Integrity Inspector with Wine Australia.

“She was the wine police!” laughs Daniel.

“In 2014, we made our first vintage, not knowing at the time it was going to be The Cutting,” says Belinda of the single barrel of Shiraz they
made as a side project in the shed.

“I try to make a bit more elegant, finessed wine, bringing in what I have learnt around the world. I started playing around with whole bunches and I wanted to move away from that dense, heavy, chewy style, and let the fruit speak

“2017 was a great vintage, it really played to our house style of winemaking and it was the year we won our first trophy at the Marananga Wine Show.”

More success followed, with a gold medal and an impressive score of 96 points at the highly contested Barossa Wine Show for the 2018 Shiraz.

“It gave us the motivation and the confidence that we were doing the right thing,” adds Belinda.

In 2020, the couple bought the McDonald family property with the blessing of Rod and Jude.

Sadly, Rod worked his last vintage with the family in 2021 but his legacy lives on in the next generation with Belinda deciding to run the winery and property full time.

Creating a sustainable property, planting heat tolerant varieties with climate change in mind and re-introducing native grasses is where the future lies for The Cutting.

Belinda is also bringing her “fresh take” to Grenache which she sources from old Barossa vines as well as Cinsault, another variety destined for The Cutting’s “The Outlier”.

“I’ve got so many ideas in my head!” she enthuses.

“We are honouring the family, honouring the land and all the hard work Daniel’s parents have put in over the years and going right back to the First Nations traditional custodians of the land and honouring them because that is something really close to my heart as an indigenous South African winemaker.”

The obstacles that once stood in her way have inspired her to succeed and she’s loving the feeling.

“Like the vines that struggle through, my roots have also come through hardships,” Belinda adds.

“It’s been a great journey and I wouldn’t have had it any other way. It’s taught me so much resilience and enabled me to be where I am today.” 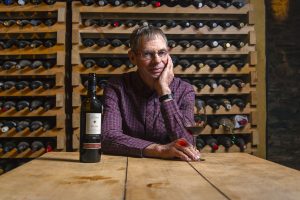 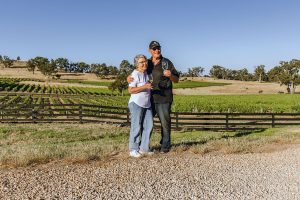 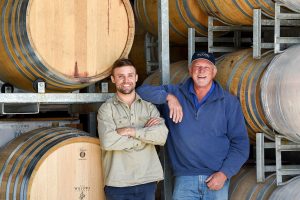 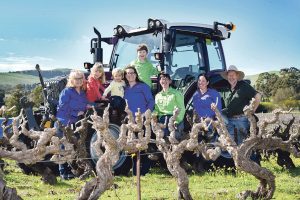 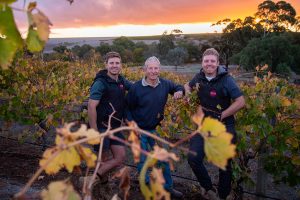 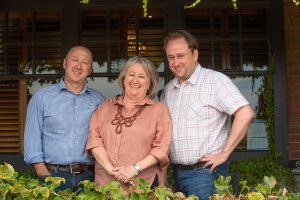