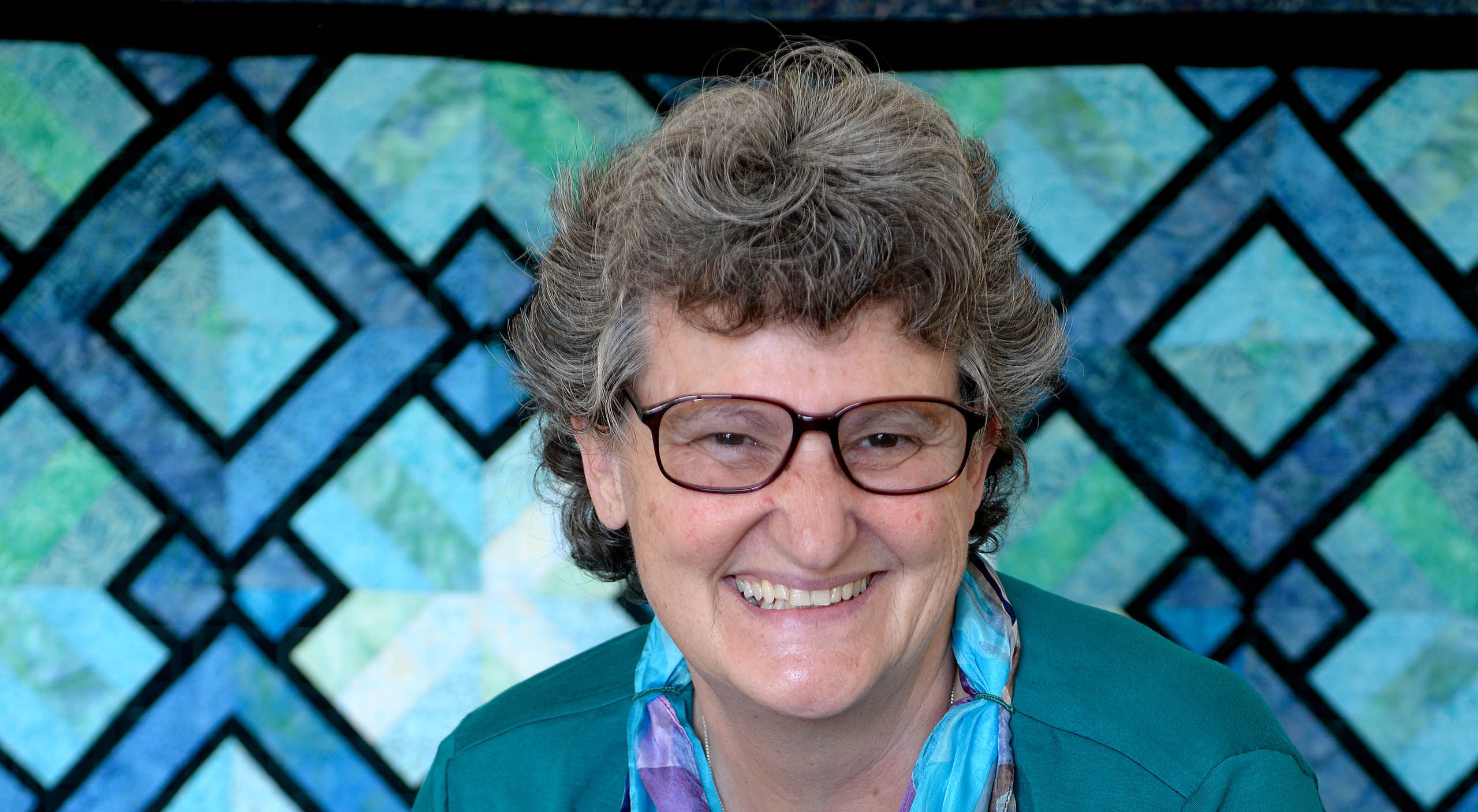 When echidnas start burrowing under students and frogs happily hop through the classroom, why wouldn’t it be a typical day at school?

For retired teacher, Mrs Dagmar Preusker, bringing life to a lesson brought lessons to life and inspired a love of learning among the thousands of children she taught over the years.

The Angaston mother and grandmother says she was “born to teach” and looking back, even she laughs at her antics over her 38 years in education.

With laughter and a sparkle in her eye, the 60 year old tells of many memorable moments in the classroom.

Ranging from school camps at the Preusker family’s 480 acre farm on the outskirts of Angaston where 30 students hand milked a docile cow named “Princess”; to being involved with the spontaneous phone call to Marlene Steicke asking her to “bring the buses” so students could see the freshly fallen snow on the Barossa Ranges. Dagmar’s passion for nature meant the world was her classroom.

“I believe that experience is a better teacher than white boards and books. They have that hands-on experience and will remember bottle feeding a baby possum, possibly more than the Pythagorean Theorem.”

“One of the places you keep baby possums when they are tiny, hairless things, is down your bra because of your body heat…The embarrassment of the poor old principal who looked up at the wrong time and there’s a little possum head sticking out of my cleavage!  I think I was the bane of a few principal’s lives over the years with my animals!” she laughs. 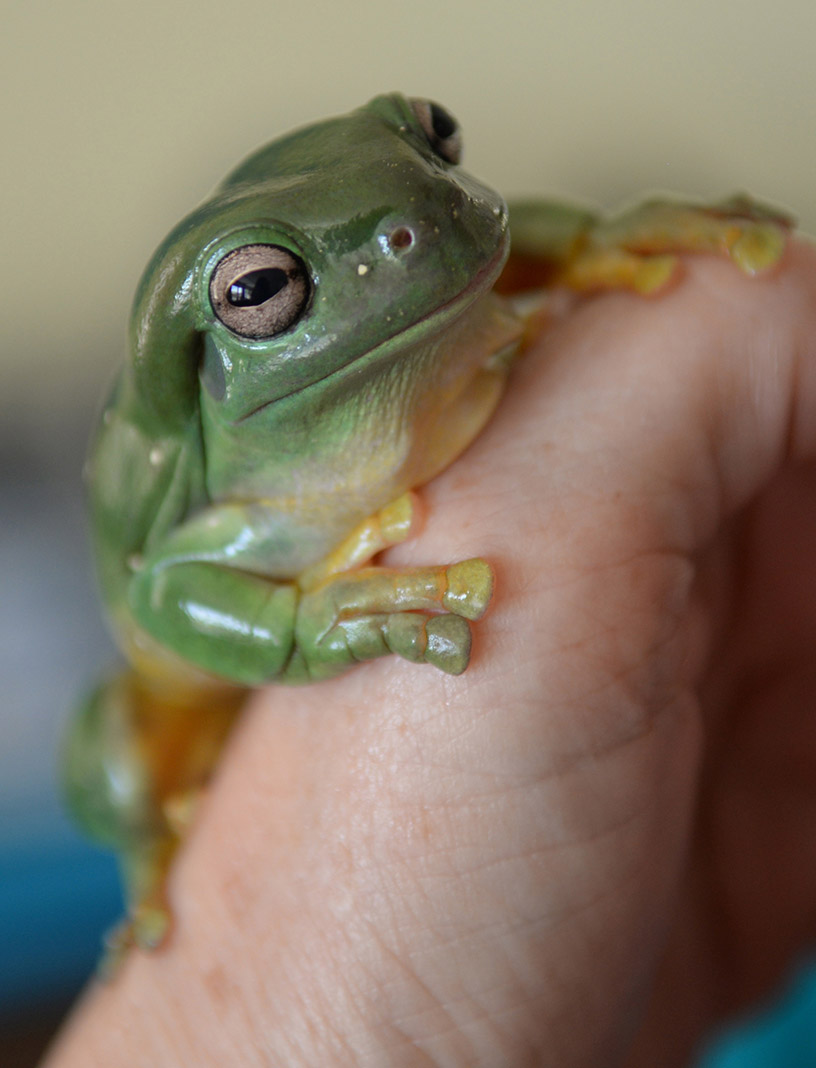 Dagmar, an only child, migrated from Germany to Australia with her parents in 1961, so there is little surprise her German is perfect.

She has no accent as she speaks of being born in Nuremberg, north of Bavaria, which was in West Germany at the time.

“My husband, John always tells me I am one of the trials!” she laughs.

“We came in the ‘Castel Felice’, an Italian ship. It was the year the Berlin Wall went up. It was fairly unsettled over there at the time, so I would say that would have been part of the reason we came here.”

After six weeks in a migrant camp in Victoria, her father found work at the steelworks in Port Kembla and the family moved to New South Wales.

It was here Dagmar’s parents went their separate ways. Her father returned to Germany whilst mother and daughter clung to the support of good friends whom they followed to a property in Western Australia.

Primary School education completed in NSW and Secondary in  WA, Dagmar’s first connection to Angaston was when she met Pastor Theo McKenzie and his wife, Judy (nee Waechter) who had been a day school teacher at Good Shepherd Lutheran School.

“She encouraged me to have a career as a day school teacher. So I came across, through their help and support, and I got a scholarship to go to Concordia College for a year.

“The funniest thing was Mum took a bus trip to see the Barossa and as we drove into Angaston through the avenue of trees…I said to mum, I’m going to live here some day!”

It was during a Sunday School teacher’s event in WA when she made another connection to Angaston – Norm Auricht, the Good Shepherd Lutheran School principal at the time.

“He said, if I ever wanted a job, see me and you can come and do your prac. teaching.”

Later whilst at Murray Parks College of Advanced Education gaining her teaching qualifications, Dagmar took up the offer.

“Norm Auricht was still the principal and he knew I was finishing at the end of the year and indicated that he’d love to have me back. Then October I got the call to teach at Good Shepherd – that was 1977 – my first job.

Mr Auricht was a strong advocate for community involvement and knowing of Dagmar’s love for  music, he encouraged her to join the
“Soul Singers” where she met her future husband, John.

“John asked me out and the rest is history! This city kid went to being a country farmer’s wife – I loved it! We had sheep, dairy cattle and when we got rid of the dairy cattle, we went into deer farming. ”

Together the couple raised two sons, Kristian, now 35 and Klaus, 33, both now married with children.

Busy at work and at home, Dagmar also volunteered in various organisations including church, the Angaston Show Society and Angaston CFS, where she continues to this day in an administration and incident management role.

“Sewing is my other passion,” says Dagmar who would rather have the latest sewing machine than update the 17 year old car she calls her “wheely bin”. 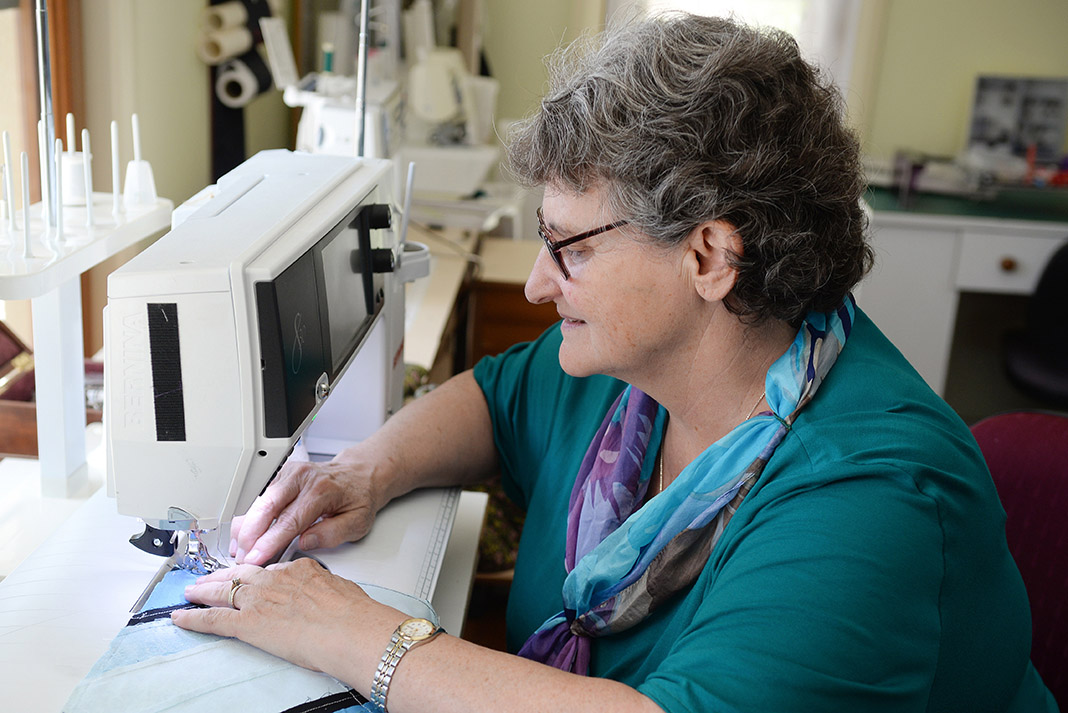 Yet teaching has always been “in her blood” and through life experiences, whether it was missing social cues because of the language barrier as a child or being bullied, she formed a unique ability to relate and support
students.

“This racial hatred they have these days against Muslims, it’s not that different from the 60s when there was so much hatred against Italians and Germans. It had only been 10 years since the war…German kids really copped it.

“One of the things about bullying is that a person who is bullied tends to attract bullying. I think, as a teacher, the best thing I could do was help them get out of that victim mentality.”

There are many highlights in Dagmar’s teaching career, winning the award for most inspirational science teacher in SA, being the Northern Area Language Advisor and helping to create the German curriculum are on the impressive list.

“For a couple of years I was guest lecturer at the University of New England, teaching teachers the methodology of teaching languages whilst studying for my own German degree because it was my mother tongue and I did feel a bit like a fraud
– I wanted that piece of paper!” explains Dagmar.

“So I was studying, teaching full time, having children, having a farm… Something eventually had to give.”

And “give” it did, with life-changing consequences.

“I fell in a heap in 1996 and had a total nervous breakdown… I actually ended up taking an overdose, ended up in the Royal Adelaide Hospital, had my stomach pumped…Everything just came crashing down, it was just all too much.

Dagmar couldn’t work for nine months, explaining how difficult it was just to get out of bed during those dark days.

“John was my rock, he always has been. My Christian faith helped and I have an absolutely fantastic psychiatrist who I’ve been seeing now for 20 years.”

The psychiatrist encouraged Dagmar to reconnect with her father to “find both sides” of the story.

“I hadn’t had contact with my dad since I was about 7 – 8 years old. I had a fantastic step father and I loved him dearly.

“I rang international directory and asked them if there were any numbers for an Eduard Mödl in Nuremberg.

“I made the call…It was, is this Eduard Mödl? Yes. Did you ever live in Australia? Yes. Do you have a daughter called Dagmar? Err…yes. Well, I’m Dagmar.

“There was just silence on the other end of the phone. He said I’ve been waiting more than 30 years for this call!

“Then he said here’s your sister. He had two children and I’ve got two half sisters!”

Glowing with delight, Dagmar’s joy was palpable as she describes how her life “was made whole” through one phone call.

“That first trip to meet them and see them did a hang of a lot for my healing. Especially because I always had that disconnected feeling…I didn’t have pride in my nationality.

“My father and I are so much alike. It’s funny because my sister laughs like me, my other sister’s nose turns down when she’s upset like me.

“There’s all these things that are just like me and all of a sudden I don’t feel like this odd one out anymore!”

More visits have followed over the years, with the most recent being an eight week stay a few months ago during her first year of retirement.

It’s a taste of what’s ahead for the self-confessed “eclectic” whose personality is as colourful as the quilts she loves to sew.

“Life is for living, you have to make the best of everything!”