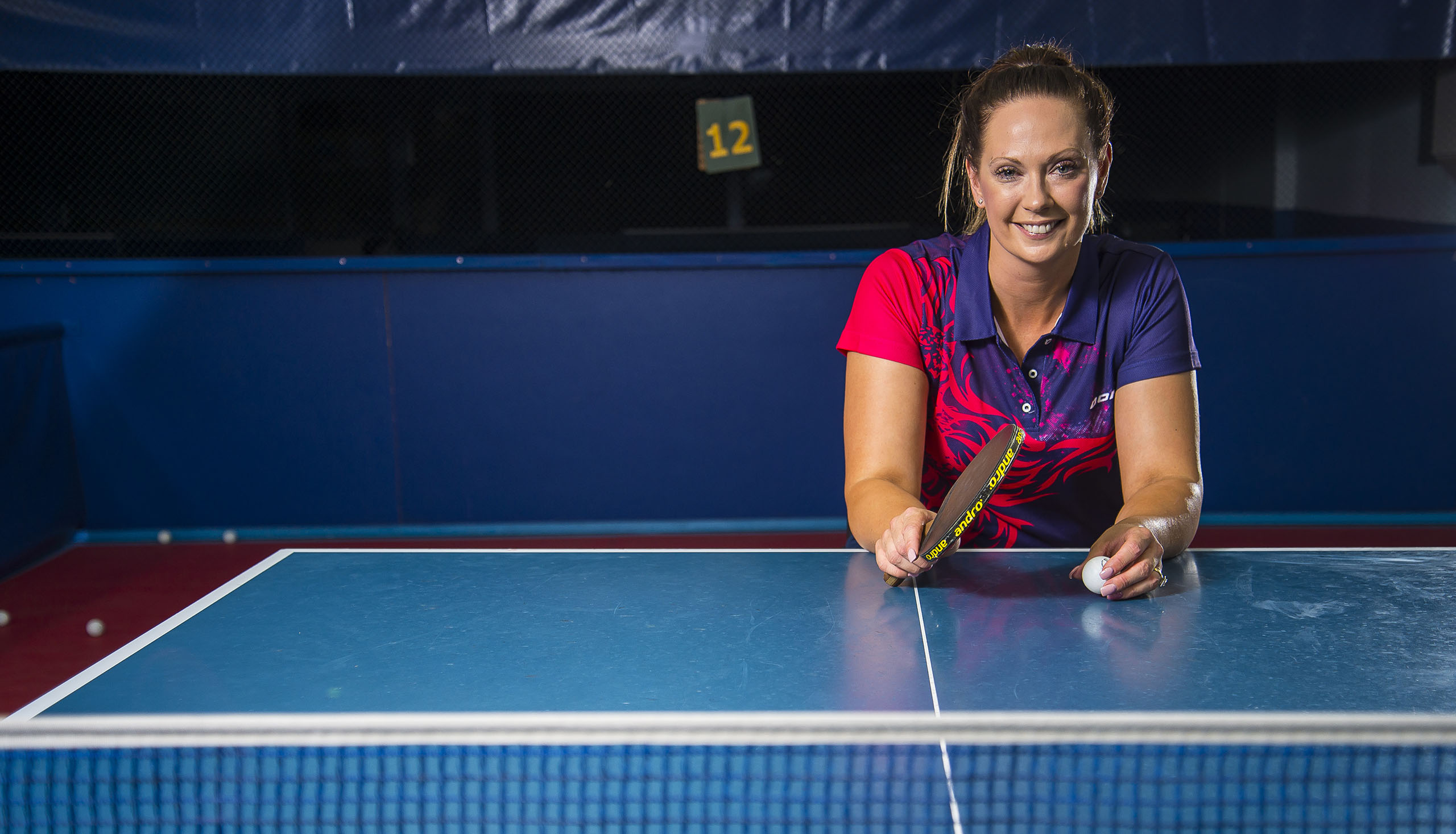 Courage, resilience and a never-say-die attitude have defined Amanda Tscharke by her remarkable abilities rather than by her disability.

Amanda Tscharke is used to taking the road less travelled.

It was on that road – in the wake of a devastating motorcycle crash that left her in a wheelchair – that the promising athlete made a life-defining decision.

“I made my choice early and I stuck to it.”

By her own admission, Amanda still takes each day at a time – an inescapable legacy of three near-death experiences, 14 surgeries, a hip replacement at the age 30 and too many complications to mention.

But in choosing to live, the 36-year-old chose so much more – a career, a family and more recently, a shot at Paralympic glory as a table-tennis player.

The Nuriootpa resident attributes her state-of-mind to positive psychology and an inherent stubborn streak.

“You can either be a sorry soul or say I’m doing okay. That positive psychology, convincing yourself you’re okay, becomes habit and you become a more positive person,” Amanda says.

“You have hurdles in life that you can’t go over – because that’s who you are – but you
can go around them.”

The plates and rods that extend from her shoulder bone to her pelvis are an enduring reminder of the fateful day that Amanda – a passenger in a sidecar – hit a tree near Wirrabara Forest.

“It was soon after they told mum and dad I had dislocated my spine,” says Amanda. “I was just ecstatic that I had broken my collarbone – I had no idea of the extent of my injuries until two weeks later.

“We had a family meeting and the doctors said ‘by now you know Amanda will never walk again’ – that was the first time I had actually heard it.”

The eve of her 16th birthday saw Amanda in Hampstead Rehabilitation Centre coming to terms, physically and psychologically, with paraplegia and no feeling from her waist down.

“Learning that was horrendous and demoralising. It felt unfair, like a spiritual attack. Not only that but watching my family, my 14-year-old brother, go through hell,” says Amanda.

“You have hurdles in life that you can’t go over – because that’s who you are – but you can go around them.”

The years that followed were underscored by medical complications, including the onset of scoliosis, a re-fracturing of her spine – twice – to straighten it, shoulder surgery and the constant spectre of Hampstead.

Exercise to strengthen her body and mind saw Amanda turn the tables on her disability with a role at SA Ambulance Service. Not long after she became engaged to Tony Tscharke, their relationship grounded in a mutual love of travel, competitiveness and determination to face everyday challenges together.

Nothing surprised the couple more than when they fell pregnant – “we were told we wouldn’t be able to have children” – or hurt harder when they lost the baby.

“Not knowing, was it the disability, that was gut-wrenching,” Amanda says.

Blessings followed with the birth of Katie and two years later, Ella, the 13-hour labour putting Amanda at death’s door a second time with sepsis.

“We have a photo of her in mid-air, my arms stretched out to reach her – that moment of Tony delivering her and passing her to me,” Amanda says.

“Later, when we saw her in baby ICU, she had on a little beanie and cardigan and I knew she was loved when I could not love her.”

But her biggest trial was yet to come when another case of sepsis turned a pressure sore on her back into a wound requiring life-saving surgery, forcing Amanda to her “lowest”.

“They told me I was sepsis – again – and it had gone to my blood. If I had left it another 24 hours I would not be here – for the third time in my life,” Amanda recalls.

“I’m so incredibly lucky it never got to my spine.”

“We got the qualifying standard for the World Championships, only to find out it was two metres more,” Amanda says. “They were taking the top six and I was ranked ninth and missed out.

“After a lot of gin and soul-searching, Cathy said ‘let’s jump sidewards’ and we left javelin to get into table tennis, but not before I extended the national record – I just wanted to make it harder for the next person,” Amanda grins.

Amid more radical surgery to shorten her leg and reposition her hip, Amanda headed to the Nationals in Perth and secured her place in the Paralympic preparation program alongside a remarkable cohort of athletes.

A silver medal at the Paralympic Oceania Championships in Fiji was followed by competition at the 2017 Korea Paralympic Open.

With “fire in her belly” and coaches at her side, Amanda now has her sights set on the Tokyo 2020 Paralympic Games. She balances work at St Jakobi Lutheran School with a rigorous training regime, and believes the best is yet to come.

“Every Paralympic athlete who is doing sport is doing it for themselves – not necessarily to be the greatest, but to prove to themselves that they can achieve things; that they can manage their life and be healthy and work and put back into society and pay their way like everybody else,” Amanda says.

“With all the pressure of your physical needs, it gives you a sense of worth and if you have that, everything else becomes so much better through your eyes.

“Yes Tokyo is the aim, but it’s going to be bloody fun getting there.” 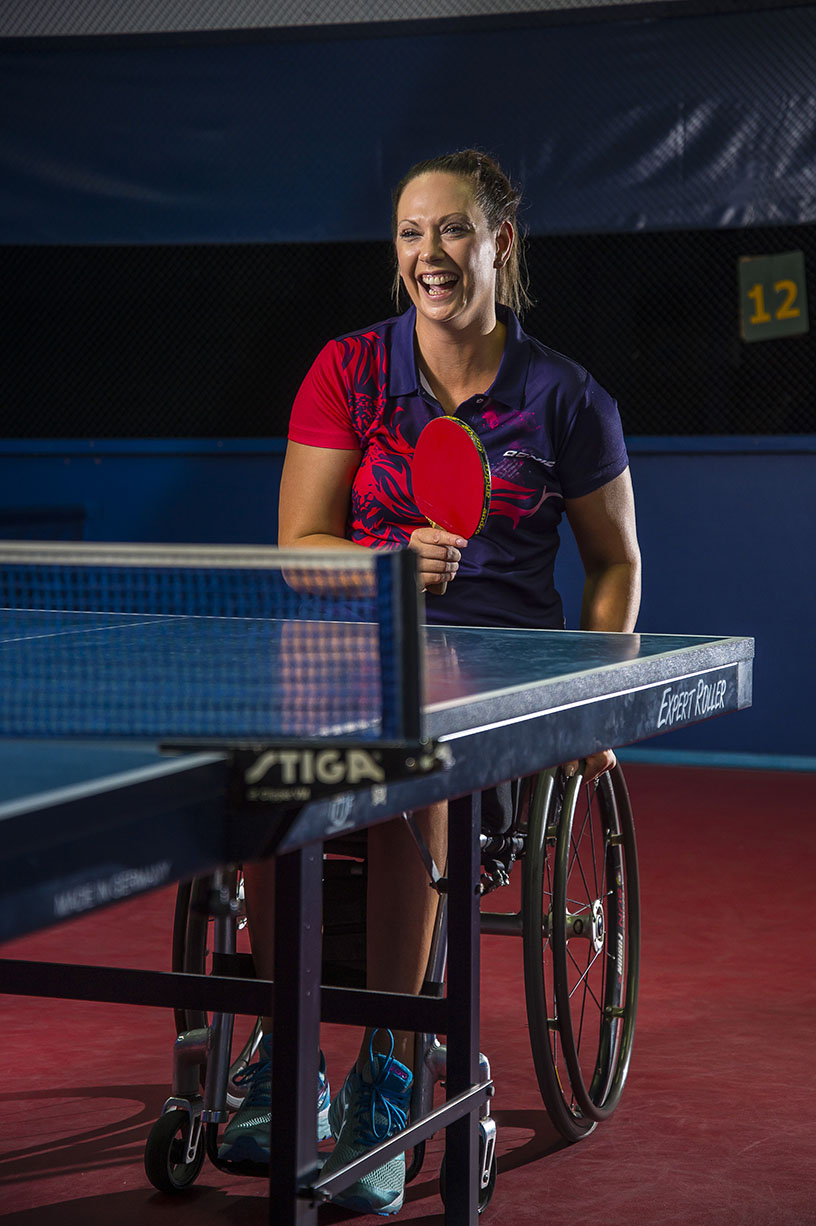