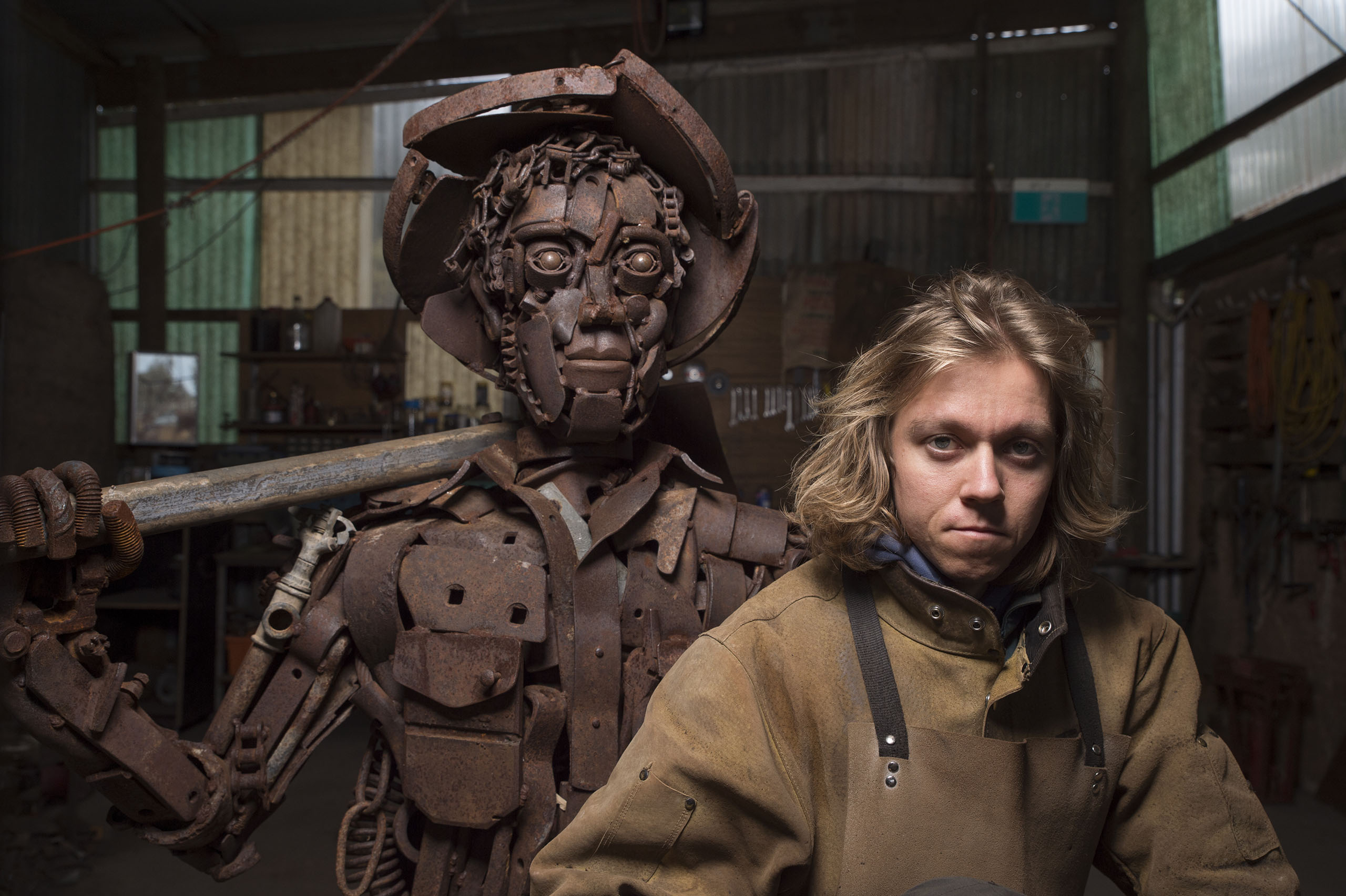 The tools of Joel Zimmermann’s trade are not his arc welder and recycled scrap metal, but a childlike imagination and carefree spirit.

The Tanunda sculptor transforms materials considered “useless and unwanted” into objects of unexpected beauty – a throwback to his childhood in the Murray Mallee.

“Growing up on a farm in the bush as kids was fantastic; I was always messing around with junk, building things,” says the 23-year-old, adding with a grin: “I guess you’d say I’m doing exactly what I did back then.”

Also a talented musician and songwriter, his decision to become an artist after finishing Year 12 was quickly validated with peer acclaim, a prestigious SALA award and the opportunity to exhibit during Prince Charles and Camilla’s royal visit to the Barossa in 2015.

“I don’t think I could ever have a nine-to-five job,” says Joel. “I don’t like being locked into things – I love freedom.”

He finds that freedom in the sculpting process, which is both creative and conforming.

“Before I start a piece I will have very specific measurements, but because of the different items that are used I never completely know what the finished piece will look like, and no two pieces will ever be the same,” Joel says.

“I’m about to begin a project where a client has an idea in mind but there’s not a lot of guidelines; when you have a lot to play with, it’s then you really become creative and imagine what you could do.” 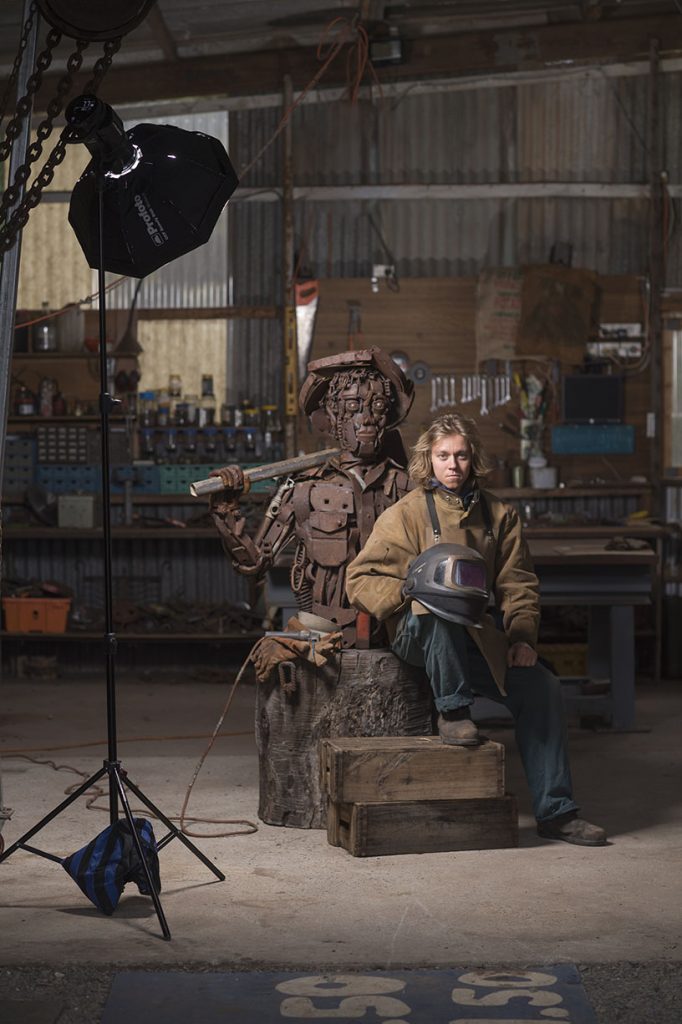 His work has evolved from small-scale pieces in high school to life-size Clydesdale horses, jaguars and lions.

“Back then I made a lot of smaller pieces very much focused on repurposing items,” Joel says.

“A couple of years ago I started getting larger commissions and realised it was probably more of a business than a hobby.”

Proving the adage that one man’s trash is another’s treasure, Joel sources scrap metal from local farms and transports them to his Sedan studio with his dad’s semi trailer.

“Usually it’s whole machinery,” says Joel. “I never know exactly what I need so I guess it’s always a battle to find the most suitable items; I might strip apart a header but all those pieces will never go to just one project.”

With a single draft horse representing over 250 hours of work, Joel admits it has been a steep learning curve.

“I look back at my first horse and I hate it,” he says. “Back then I would create a shell to make the shape, so the inside was hollow and in quite a few spots you could see inside and through it.

“Now I literally start from the inside out and layer all the way out. The pieces are two or three times heavier and use more materials, but they look very solid and have a lot of presence.”

“I never completely know what the finished piece will look like, and no two pieces will ever be the same. When you have a lot to play with, it’s then you really become creative and imagine what you could do.” – Joel Zimmermann

“I do really like the finish of the little birds,” he says. “I run a brass brush over to finish them which gives them a brass colour and they end up being these lovely little golden-looking things.”

Joel also has a gift for imparting expression and movement in his animals.

“If you look at my very first horse it’s symmetrical, staring straight ahead,” says Joel. “Now my animals might be raising a leg, turning a head or flicking a mane.

“A great way to do something different is if you put a piece of metal over the eyes – you can add a sense of anger or fright or some kind of struggle.” 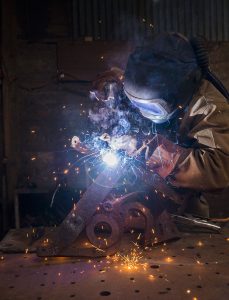 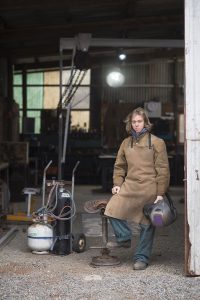 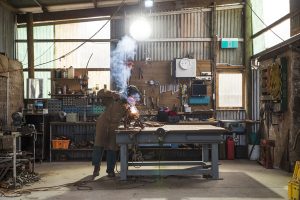 While animals remain his bread and butter, Joel’s latest ‘Game of Thrones’-inspired commission is likely to stretch his artistic limits. The six-metre-high iron throne will grace a Kangaroo Island resort hilltop overlooking the ocean.

While he describes it as “a logistical nightmare”, Joel’s not about to lose any sleep over the complexities of the project.

“Quite often I doubt my ability to put something together but they have all worked so far, so I have no doubt this one will too,” he says.

The commission, coupled with his recent foray into film and You Tube, is likely to generate exposure on a new scale for Joel.

“(The choice between) music and art has always been a battle and now I’ve got into film, I see that as the foundation that will keep me motivated and give me structure,” he says. “If I can bring all three of them together – music, art and film – that will be beautiful.” 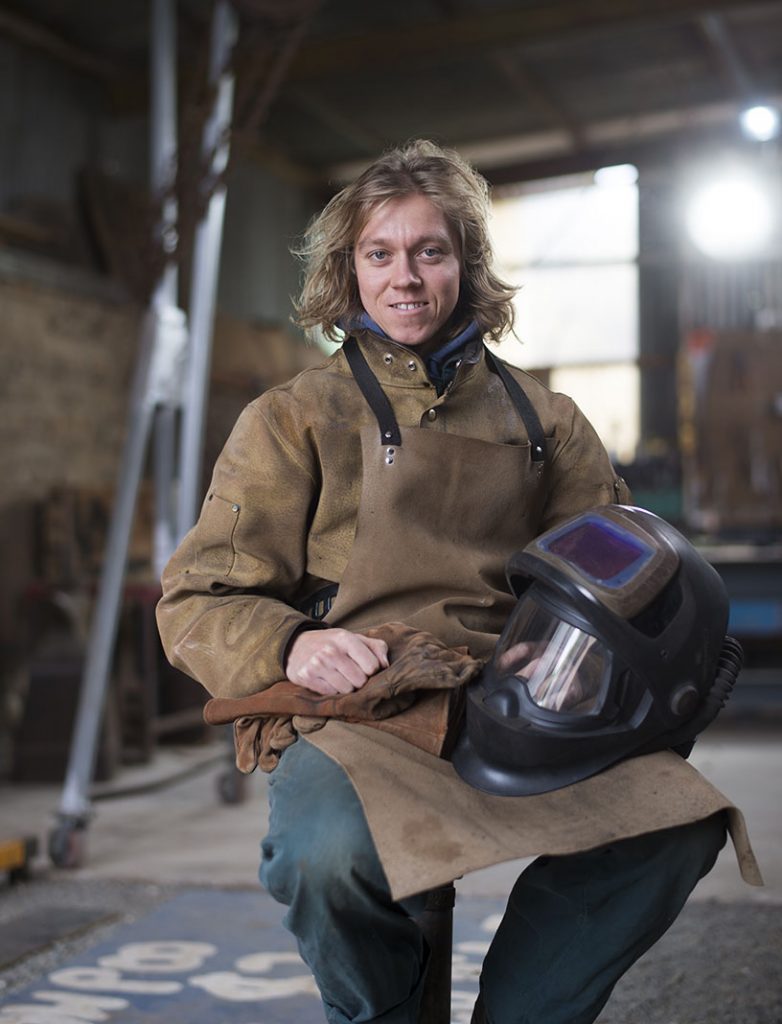